Preschoolers may be using apps meant for adults, study finds 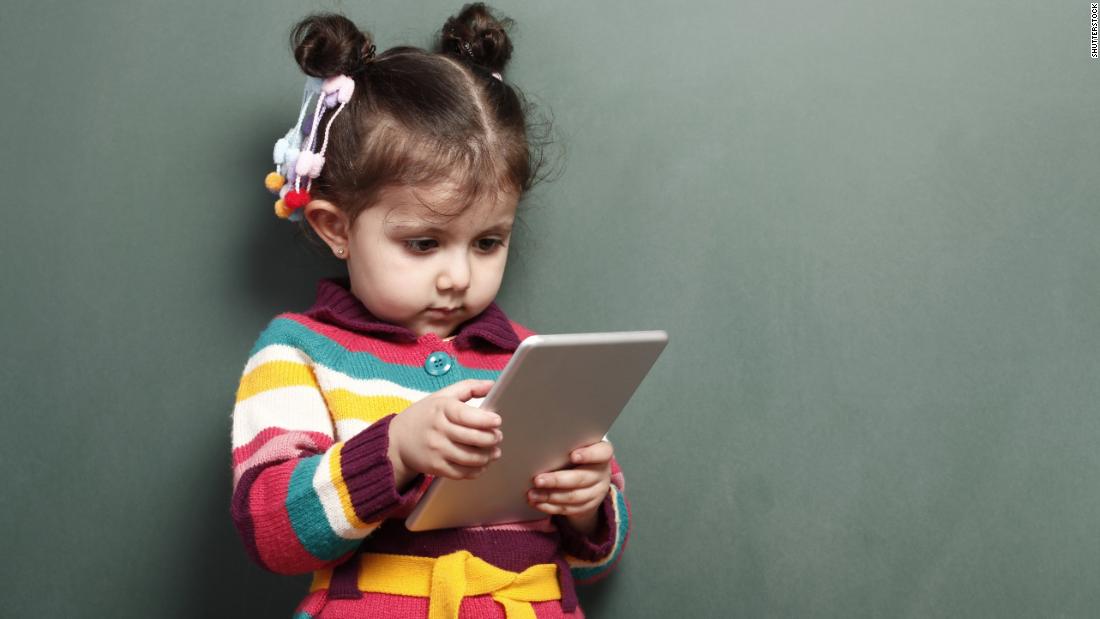 But that doesn’t mean parents should relax their vigilance on the type of content their child is viewing or forget to keep tabs on total time spent on screens.

Children as young as 3 years old are accessing apps intended for users over the age of 17 with adult themes, such as gambling and violence, according to a new study published Monday in Pediatrics. The study followed the screen use of 350 children ages 3 and 4 for a nine-month period between 2018 and 2019.

“We found dozens of apps in the output from children’s mobile devices that were violent,” said lead author Dr. Jenny Radesky, a developmental behavioral pediatrician and researcher at Michigan Medicine C.S. Mott Children’s Hospital. “That was one of the most concerning findings of our study.”

The study found up to 85 different apps on the preschoolers’ phones, including such violent games as:

“We didn’t interview parents about their child’s device settings, but we guessed that these children did not have any need for parent authorization to download new apps,” said Radesky, an assistant professor of pediatrics at the University of Michigan who also wrote the American Academy of Pediatrics’ screen time guidelines.

“The app stores are easy for children to navigate, or children may have gotten these violent apps from ads that commonly pop up during gameplay,” she added.

In the AAP’s July 2016 guideline on media violence, the academy warned that violent media set a poor example for kids. Overall, the academy’s summary of the results from more than 400 studies revealed a “significant” link between being exposed to violent media (in general) and aggressive behavior, aggressive thoughts and angry feelings.

The study was unique in that it used objective measurements to capture the children’s screen time, rather than relying on parental memory.

An app captured usage data on each child’s Android device and uploaded it every 15 minutes while the device was connected to Wi-Fi. For iOS users, parents were asked to take a screenshot of the device’s battery page at the end of the study.

When that data was compared to parent surveys about the amount of time their child has spent on screens, the results were much different. A third of parents (37%) underestimated their child’s screen time, while another third (35%) overestimated the time, with most being off by an average of 70 minutes. The remaining third (28%) estimated correctly.

“Another interesting finding was how much YouTube dominated the viewing habits of so many 3- to 4-year-olds,” Radesky said. “Finally, we found a few kids with their own devices who had them running into the middle of the night — until 3 or 4 a.m. at times, usually [on] YouTube.”

The most commonly used apps among the 3- and 4-year-olds in the study were YouTube and YouTube Kids, followed by browsers, the camera and photograph gallery and video-streaming services such as Netﬂix.

You might wonder just how 3- and 4-year-olds navigated YouTube, Netflix and other search engines, considering their language and reading skills. That, said Radesky, is easy to answer.

“They use the microphone. I see kids do this all the time in clinic. ‘Hey Google, find me Grand Theft Auto!'” she said.

While the study didn’t find outright sexual content, “sometimes the female characters can have tight clothing or curvaceous bodies, to put it mildly,” Radesky said. “There needs to be more research about gender stereotypes in the apps kids are using, too.”

The majority of parents allow their children to play games or watch videos on their smartphones, while up to 75% of young children have their own tablets. Parents even allow babies to handle mobile devices during their first year of life.

But studies show that too much time spent on screens can affect how a child’s brain grows.

A study published last year took MRIs of preschoolers’ brains and found those who used screens more than the recommended one hour a day without parental involvement had lower levels of development in the brain’s white matter — an area key to the development of language, literacy and cognitive skills.
When the authors repeated the study this year on 3- to 5-year-olds who frequently read books, the scans showed a growth in organized white matter in the language and literacy areas of the child’s brain, areas that will support learning in school.

Science is continuing to learn more and more about the pros and cons of screen time, but in the meantime, experts suggested parents, no matter how stressed, may want to make checking on their child’s screen time a habit.

“Have some boundaries about when and where the tablet can be used, carve out time for open-ended activities and social interaction with the family and poke your head in to see what your child is watching,” Radesky suggested.

“Try playing a few of the games, and if they are inappropriate, uninstall them! Google Family Link and Apple Screen Time both allow parent controls, too,” she said.

Parents can monitor YouTube viewing by checking the viewing history or look at the Screen Time app usage monitor, Radesy added. And Common Sense Media has a great list of parental controls that will allow caregivers to block websites and apps and filter content, she said.

“But if the guardrails aren’t up, and it’s super easy to install violent apps or watch streaming videos past midnight, many kids will,” Radesky said. “There are so many engagement-prolonging design features baked into digital products that kids can’t resist.”

AAP guidelines on screen use

The AAP has tools to calculate your child’s media time and then establish a family media plan, which can serve as a guideline even during the pandemic.

Infants: No baby under 18 months old should be exposed to screen media, other than video chatting with friends and family, the AAP says. Babies need to interact with caregivers and their environment, and not be placed in front of media as a babysitter.

In fact, a study found that even having the TV on in the same room with a baby or toddler negatively impacted their ability to play and interact.

Preschoolers: Children from 3 to 5 years old can benefit from quality TV shows, such as “Sesame Street,” the AAP says. A well-designed show can improve a child’s cognitive abilities, help teach words and impact their social development.

But the AAP warns that many educational apps on the market aren’t developed with input from developmental specialists and can do more harm than good when they take a child away from playtime with caregivers and other children.

And just like toddlers, preschoolers learn much better from any educational materials when they are co-viewed, and the caregiver interacts with the child about the material.