Post-traumatic growth: With support, some traumas can help us grow 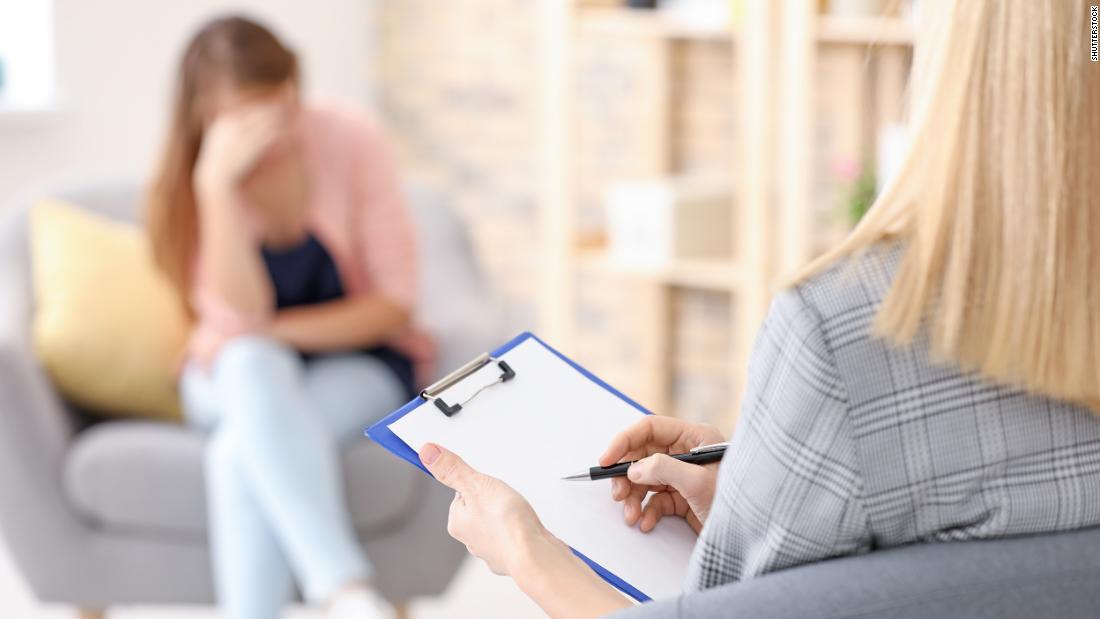 At 29 years old, Selby, experienced intense dissociation and post-traumatic stress disorder and lost their entire sense of self.

Psychological trauma is common enough that most of us will experience it at least once in our lives, according to The National Council on Behavioral Health.

Other life stressors like divorce or job loss aren’t usually classified by the American Psychiatric Association at the level of a trauma, as difficult as they can be.

Whether it’s been brought to the fore by the open discussions of sexual assault in the wake of the #MeToo movement, reckoning with racism with bodies-on-the-line protests, the harrowing journeys of refugees, mass coronavirus deaths and disability, or the effects of the opiate epidemic, openly acknowledging trauma is part of the current moment.

None of these potential sources of trauma — physical violence, bigotry, illness, addiction — are new Neither is the idea that we can grow in positive ways following trauma. Art and music from every culture includes the painful poetry of those who have experienced repeated abuses emerging stronger, wiser and sometimes even happier than they were before.

In psychology, this idea is called post-traumatic growth, and while it’s related to resilience, it’s not the same thing. Resilience helps people bounce back from or resist the negative effects of trauma, but PTG is something more, according to psychologist Lawrence Calhoun, professor emeritus at the University of North Carolina at Charlotte.

“Resilience is a maintenance of, or return to, the baseline — PTG represents positive change that goes beyond the baseline,” said Calhoun, who, beginning in the 1980s, along with fellow psychologist Richard Tedeschi, also a UNC professor emeritus, gave the idea of this kind of growth its name. The pair set up a framework within which to measure and study PTG, the Posttraumatic Growth Inventory.

This kind of growth can manifest in a variety of ways, including more appreciation for life generally, deeper and more loving relationships, a stronger sense of one’s personal strength, a change in life goals or priorities, and “a richer existential and spiritual life,” according to Calhoun and Tedeschi’s research.

That has been Selby’s experience. Before their mother’s death, Selby didn’t consider themselves a particularly resilient person; they struggled with addiction and an eating disorder. But following those lost years, Selby began therapy and “started reshaping my view of myself.”

They found deep wells of inner strength, determining that “it’s my responsibility to work through things and enjoy the moment as much as I can, (to) just to stay with myself through it all, instead of abandoning myself,” Selby said.

Selby followed these hard-won new perspectives with action: They went to school and earned their undergraduate degree at 35, earned a graduate degree two years later and got sober and into recovery for bulimia.

Now completing a book on wildfires, Selby said they function in the world in “a much healthier way,” including in their relationships, finances and work.

Psychologists have found that just knowing that growth after trauma can occur may help traumatized people explore the idea. “Be aware that, when faced with highly difficult circumstances, growth is a possibility,” Calhoun said

Researchers have found that PTG is more common in women than men, and while more research is needed, that’s likely linked to cultural factors, according to Eranda Jayawickreme, associate professor of psychology at Wake Forest University in North Carolina.

This could be because women experience more stress, that they’re more likely to “reappraise the stressor as leading to positive outcomes,” and/or that women are “more open about reporting their coping strategies than men,” he says.

There are also modest relationships between this type of growth and personality type. Traits like extroversion (the psychological term for being outgoing and social) and optimism are moderately more common in those who experience it.

Genetics may be play a factor

There may be a genetic component influencing whether someone is more or less likely to experience PTG as well.

Variants in the gene RGS2 were linked to PTG, researchers found in a 2014 study of over 200 Hurricane Katrina survivors. That doesn’t prove a direct genetic cause for PTG, since other traits on different genes, like extroversion and optimism, also seem to impact the likelihood of PTG, according to the American Psychological Association.

But it’s a strong argument in favor of learning more about how gene-environment interactions “could offer new insight into the factors underlying variability in post-disaster psychological responses,” according to the study.

Most importantly, it’s post-trauma social support — like talking with a therapist or meeting with a support group — that seems to play a significant role in whether people can use a negative experience to improve their lives, said Jayawickreme.

People who experience a trauma together — like a natural disaster—are more likely to achieve growth since “you can talk to each other and make meaning about it, which can lead to more adaptive outcomes,” he said. Lack of support and social shame can make individual crimes like sexual assault harder to process and grow from.

This growth isn’t possible for everyone

To avoid causing harm in the treatment of trauma, it’s important to keep in mind that PTG isn’t possible for everyone: “Although PTG is common, it is neither universal nor inevitable; some people never experience it and there is nothing wrong with that,” Calhoun said.

While Jayawickreme echoed the idea that not everyone can experience post-traumatic growth, he’s also critical of some of the research on PTG.

“Especially in the US, there’s a strong narrative around redemption — that when something bad happens there’s an expectation that you can — and maybe should — overcome it,” he said. This idea leads to possible overreporting of PTG by trauma victims on one hand — because they feel that they “should” be experiencing growth.

In other cases, the traumatized might expect to feel more devastated than they do (they are simply resilient) and mistake that for growth. While current assessments, Jayawickreme said, put the percentage of people who achieve post-traumatic growth at 50% to 60%, he thought that it’s probably closer to 25%.

Trauma isn’t the only way to grow, either. Personal growth can also happen following positive events, like marriage or a big promotion, Jayawickreme said, citing other research.

For those who experience it, post-traumatic growth isn’t a one-and-done phenomenon.

As people continue to grow following a trauma, PTG continues to “mutually interact with life wisdom and the development of the life narrative, and … it is an ongoing process, not a static outcome,” according to 2009 research.

Understanding how to support traumatized people means that even having sustained a great blow, more people may be able to survive and even thrive after a devastating event.

Whether that’s a difficult recovery from coronavirus, a parent’s violent death or overdose, or violence at the hands of police, post-traumatic growth can be a way to not just come to terms with a trauma but to move forward.

“My mom’s death taught me how to hold bad and good in the same hand. To accept that things are unexplainable. That I create my own narrative.”

A former geologist, Starre Vartan is a science journalist and dog runner living on an island in Puget Sound near Seattle who still picks up rocks wherever she goes.