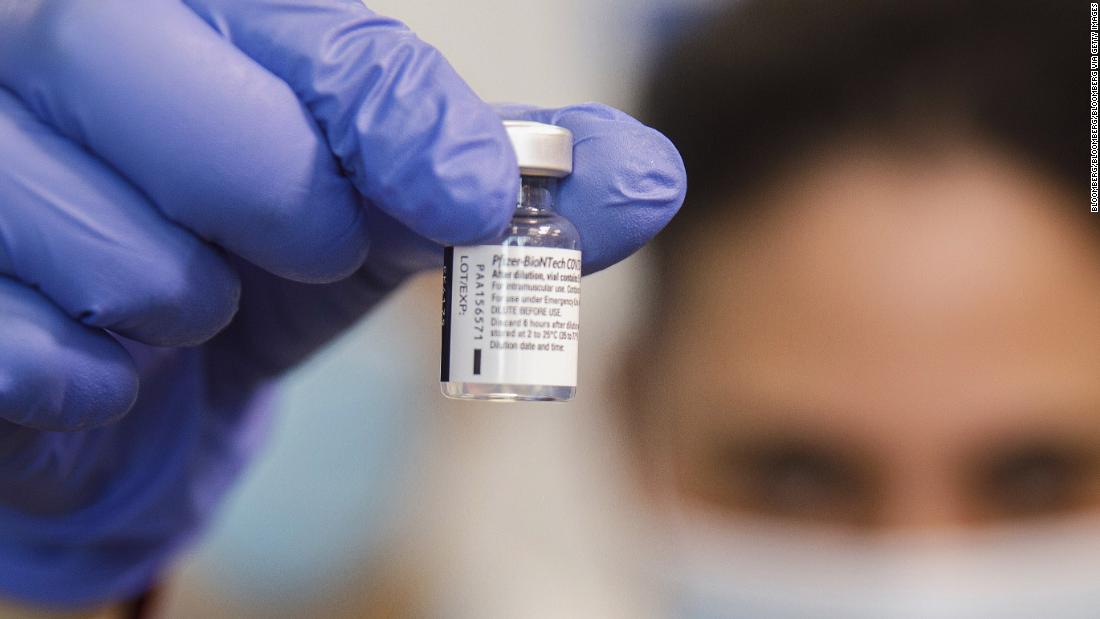 The findings, while preliminary, suggest that the vaccine remains remarkably effective in a mass vaccination campaign — outside the carefully controlled conditions of a clinical trial.

The Clalit Research Institute, part of a large Israeli health system, analyzed data on 1.2 million people, about half of whom had received the Pfizer-BioNTech vaccine. Researchers compared patients who received the vaccine with similar individuals who hadn’t.

Full details of the study weren’t immediately available, and the research hasn’t yet been peer-reviewed. Still, the findings are consistent with data from Pfizer’s own vaccine trial, which found that the vaccine conferred 95% protection against symptomatic Covid-19.

“You want to make sure that the study results that we initially were seeing in tens of thousands of people is reflected when, when the population is in the millions.”

In the Pfizer trial, researchers randomly assigned patients to receive either the vaccine or a placebo. Then they looked to see how many people got sick in each group, and found that the vaccine sharply reduced illness.

“It’s highly significant telling us that vaccination, in the real world at scale, achieves remarkable reduction of severe Covid, hospitalizations, and fatalities, fully validating the randomized trial on mRNA vaccines.”

Pfizer’s study was a randomized controlled trial, the gold standard in clinical research. The Israeli study, on the other hand, was observational, meaning researchers didn’t randomly pick who got the vaccine and who didn’t.

That can pose problems; people who choose to get vaccinated, for example, may also be more likely to take other steps to protect themselves.

Researchers said they tried to account for those types of effects, however. And observational studies are important because they can offer certain insight into how well vaccines protect people under real-world conditions.

One of those real-world conditions include the presence of new variants, something Wen says is another reason these findings could be important.

“As I understand most of the the strains that are found in Israel at this point are of the B.1.1.7 variant. And so seeing this level of effectiveness, even in a population that has such a high level of that B.1.1.7 variant, is very good news,” added Wen.

The researchers have not directly addressed variants in their findings thus far.