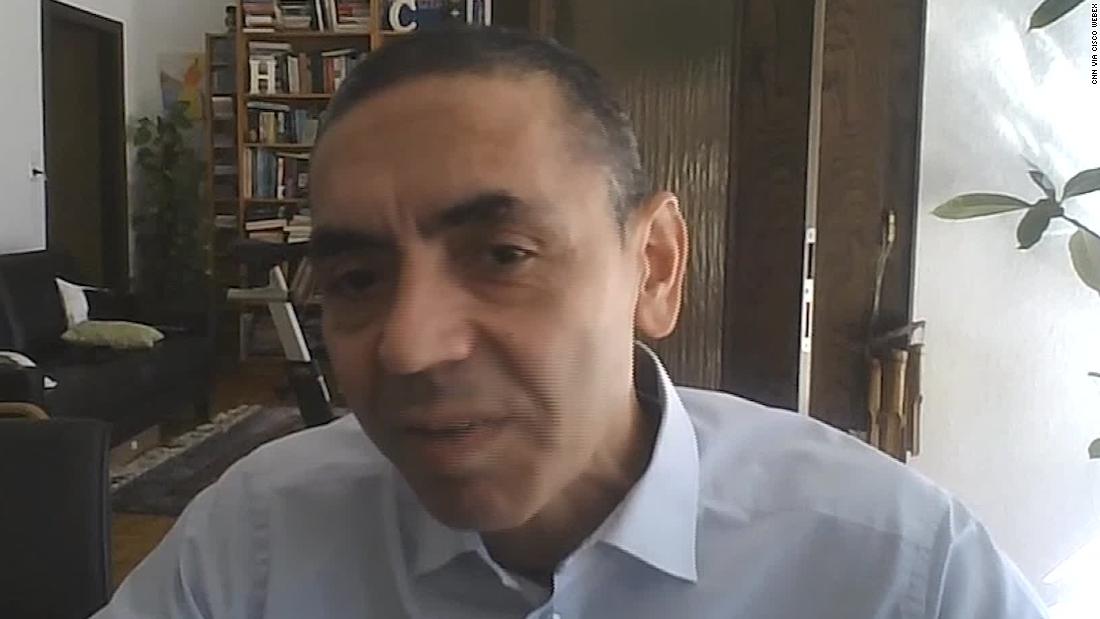 “It has an excellent profile and I consider this vaccine … near perfect, and which has a near perfect profile,” Sahin said in an exclusive interview with CNN.

US drug giant Pfizer and German firm BioNTech say they plan to provide 100 million doses of their vaccine candidate, BNT162, by the end of the year, and up to 1.3 billion doses in 2021.

Sahin told CNN he believes that approval for emergency use will be granted quickly by regulatory authorities, adding that the company’s “understanding of the mode of action, in combination with the safety data coming in from the running trial” meant that they have “a lot of confidence” in it.

Sahin claims antibody responses in both young adults and the elderly have proven to be strong so far, with minimal side-effects.

“We don’t see frequent fever. So only a minor proportion of participants in this trial have fever,” Sahin said. “We see also much lower symptoms like headache or like feeling tired. And the symptoms that are observed with such vaccines are temporary, they are usually observed for one or two days and then are gone.”

But while BioNTech and Pfizer say approval could happen by mid-October, federal officials have told CNN they believe this is an optimistic timeline.

“I don’t know any scientist involved in this effort who thinks we will be getting shots into arms any time before Election Day,” an official who is familiar with Operation Warp Speed, the federal government’s effort to develop coronavirus vaccines, previously told CNN.

Meanwhile, Moncef Slaoui, the chief adviser to Operation Warp Speed, told NPR last week that it is “extremely unlikely, but not impossible” that a Covid-19 vaccine could be authorized for emergency use by the US Food and Drug Administration before the end of October.

President Trump, however, has vouched for a quicker timeline, in August saying he was “optimistic” a vaccine would be ready by November 3.

“[It’s] going to be done in a very short period of time — could even have it during the month of October,” the President said at a press briefing Monday. “We’ll have the vaccine soon, maybe before a special date. You know what date I’m talking about.”

Sahin told CNN he believes that approval for emergency use will be granted quickly by regulatory authorities.

This pledge, released on Tuesday, states: “We, the undersigned biopharmaceutical companies, want to make clear our on-going commitment to developing and testing potential vaccines for COVID-19 in accordance with high ethical standards and sound scientific principles.”

Sahin told CNN the companies will quickly get regulatory approval for their vaccine once the candidate is submitted, adding: “I believe, given that we have addressed the full package which is required for vaccine development including scientific studies, pre-clinical studies, safety tolerability testing and efficacy testing, there should not be too much time between emergency use authorization and full approval.”

Pfizer and BioNTech’s vaccine is one of 34 in clinical trials around the world, according to the World Health Organization.