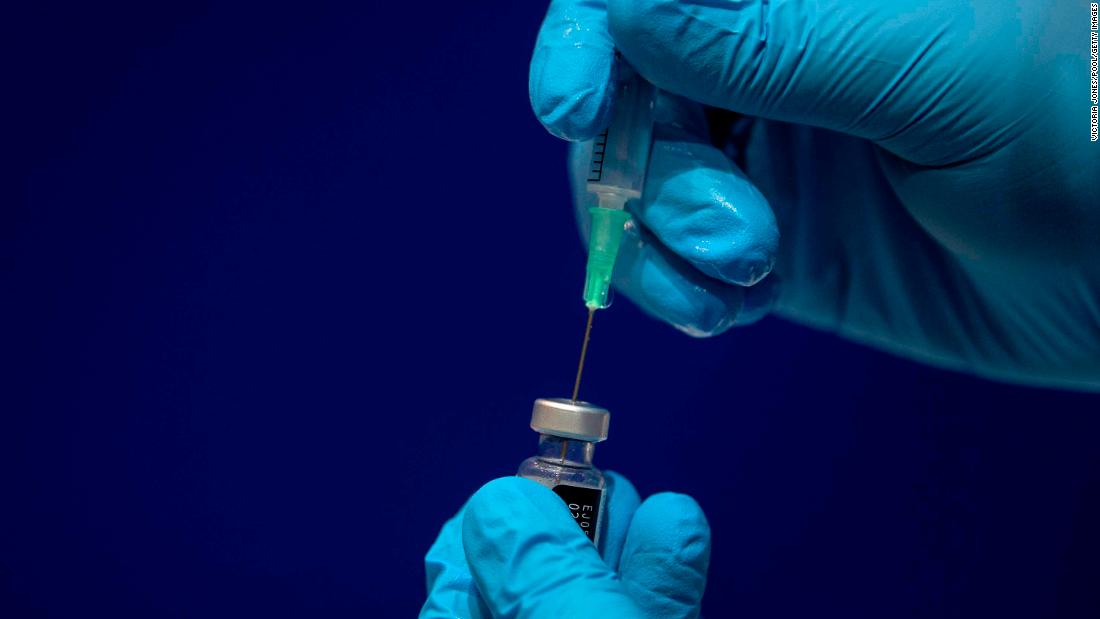 The two staff members — who both carried an adrenaline auto injector and had a history of allergic reactions — developed symptoms of anaphylactoid reaction after receiving the vaccine on Tuesday. Thousands overall were vaccinated in the UK on Tuesday, NHS England told CNN on Wednesday.

“As is common with new vaccines the MHRA [Medicines and Healthcare products Regulatory Agency] have advised on a precautionary basis that people with a significant history of allergic reactions do not receive this vaccination after two people with a history of significant allergic reactions responded adversely yesterday,” said Stephen Powis, the national medical director for NHS England, in a statement. “Both are recovering well.”

The MHRA issued new advice to health care professionals stating that any person with a significant allergic reaction to a vaccine, medicine or food — such as previous history of anaphylactoid reaction, or those who have been advised to carry an adrenaline autoinjector — should not receive the Pfizer/BioNtech vaccine.

The advice also states that vaccines “should only be carried out in facilities where resuscitation measures are available.”

“We are fully investigating the two reports that have been reported to us as a matter of priority,” an MHRA spokesperson said.

“Once all the information has been reviewed we will communicate updated advice,” the spokesperson added.

They advised anyone with a history of a significant allergic reaction due to receive the Pfizer/BioNTech vaccine to speak to the health care professional administering the vaccine.

Pfizer said in a statement that it had been advised by the UK regulator of “two yellow card reports that may be associated with allergic reaction” due to administration of the vaccine.

“As a precautionary measure, the MHRA has issued temporary guidance to the NHS while it conducts an investigation in order to fully understand each case and its causes. Pfizer and BioNTech are supporting the MHRA in the investigation,” the statement said.

“In the pivotal phase 3 clinical trial, this vaccine was generally well tolerated with no serious safety concerns reported by the independent Data Monitoring Committee. The trial has enrolled over 44,000 participants to date, over 42,000 of whom have received a second vaccination.”

Documents released on Tuesday by the US Food and Drug Administration (FDA) said the Pfizer/BioNTech trial data indicated that there were potentially slightly more adverse responses thought to be allergic reactions among the vaccine group compared with the placebo group, at 0.63% compared with 0.51%.
Pfizer’s trial protocol shows that people with a history of severe allergic reaction (e.g., anaphylaxis) “to any component of the study intervention” were not able to take part.
Stephen Evans, professor of pharmacoepidemiology at the London School of Hygiene & Tropical Medicine, told the UK’s Science Media Centre that the increase was only “small” but said there was “a lot of uncertainty around that estimate.”

He said that “some people won’t know if they have hypersensitivity to some constituents of the vaccine.”

He backed the MHRA advice for people who carry an EpiPen to delay having a vaccination until the reason for the allergic reaction has been clarified. But he said the news did not mean the general public should be anxious.

Peter Openshaw, professor of experimental medicine at Imperial College London, said: “As with all food and medications, there is a very small chance of an allergic reaction to any vaccine.

“The fact that we know so soon about these two allergic reactions and that the regulator has acted on this to issue precautionary advice shows that this monitoring system is working well.”

He said that rather than a “blanket recommendation” for people with allergies, “the smarter thing to do would be to try and look at these two patients and see what specific component of the vaccine they were allergic to.”

Offit said people should realize that there are immediate treatments for allergic reaction. “That’s why you’re hanging out in the doctor’s office,” he said, before warning that the reports of allergic reactions “will only serve as yet another way to scare people.”

Saffron Cordery, deputy chief executive of NHS Providers, told Sky News on Sunday that the authorization and approval process for the Pfizer/BioNTech vaccine “has been incredibly robust.” The head of Britain’s medicines regulator also put out assurances on Sunday, saying the Pfizer/BioNTech shot was “as safe as any general vaccine.”

US drug giant Pfizer and German company BioNTech have said there are “no serious safety concerns” over the vaccine.
The US Centers for Disease Control and Prevention typically advises telling a provider if you have “any severe, life-threatening allergies” before taking any vaccine.
Allergies are also a consideration with other Covid-19 vaccines that have not yet been approved.

During Chinese company Sinovac’s Phase 2 trial, one volunteer in the high dose group had a severe allergic reaction within 48 hours of the first dose, which researchers said may be related to the vaccine. The volunteer was treated for the reaction and recovered within three days. The same volunteer did not have a similar allergic reaction to the second shot.