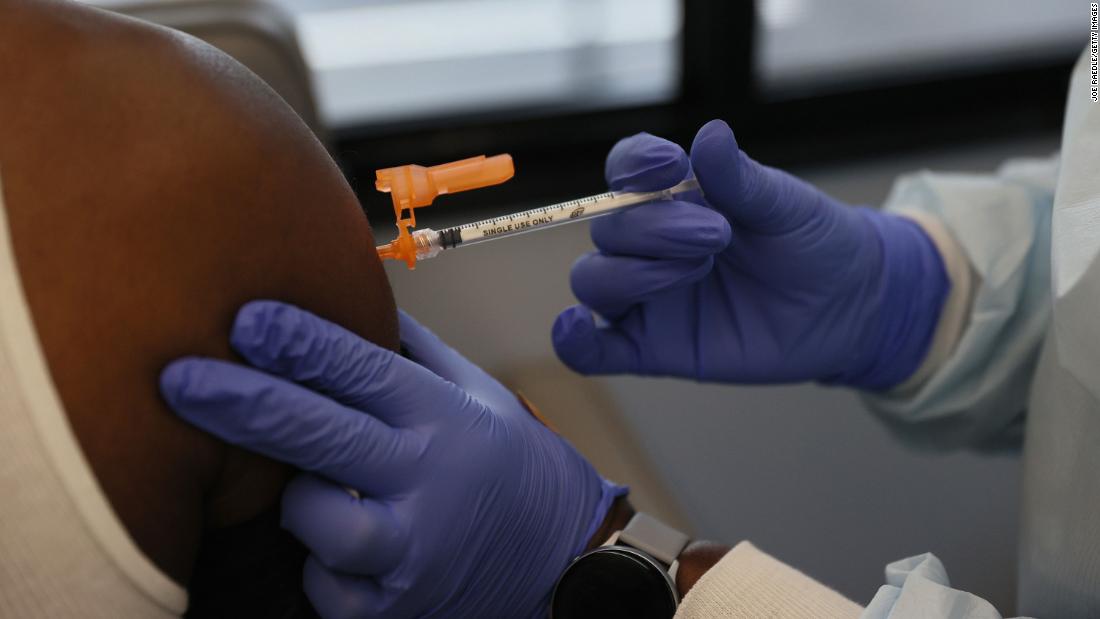 When the Biden administration kicked off a “month of action” this June, aimed at vaccinating 70% of the adult population with at least one Covid-19 vaccine dose by July 4, US Surgeon General Dr. Vivek Murthy acknowledged it wouldn’t be an easy task.

“Because we had so much success early on, we are now getting to the part of the campaign which is tougher,” Murthy said. “We’ve got to look further, if you will — convince more people, get to the right information, increase access even further.”

With CDC data showing 64.6% of the adult population vaccinated with at least one dose and vaccines available to Americans 12 and older, pediatricians are now working to fill in some of the gaps in vaccine coverage.

One month after Sandhills Pediatrics in Southern Pines, North Carolina started offering the Covid-19 vaccine, the practice administered 940 doses of the Pfizer vaccine — 268 went not to patients, but adults over the age of 23.

Dr. Christoph Diasio, a pediatrician at the office, said he offers the vaccine to most patients and their family members.

“I’ve seen every reaction from arms crossed, basically jumping away from me; ‘There’s no way I’ll get that,’ to ‘I’ve been meaning to — I just haven’t been able to get it scheduled yet with work,'” Diasio told CNN.

His office has been offering other routine vaccinations, like the flu shot, to family members of patients for years. He says the practice is fairly common among pediatricians nationwide and can provide some protection for babies who are too young to receive the vaccine themselves, like three-week-old James Thomas.

His parents, Amanda and Wayne Thomas, each received their first shot of the Pfizer Covid-19 vaccine at Sandhills Pediatrics last week. Amanda had a high-risk pregnancy, during which both she and Wayne tested positive for Covid-19.

She said her obstetrician recommended getting vaccinated during her pregnancy.

“Even with that recommendation, it was hard to know what to trust with all the information out there — especially at that time because it was so new,” Amanda said. “I was kind of at the point where, with my pregnancy, I didn’t really want to rock the boat.”

Protecting the most vulnerable

After James was born, Amanda said the decision was easier. “You want to do the best for your baby. Covid’s part of our world now, so how can I best protect him against this virus that’s not going away?”

Amanda said she still had plenty of questions. “When and how do we get it done?” she asked.

At James’ check-up, Diasio answered the family’s questions and gave them the vaccine on the spot.

Dr. Edith Bracho-Sanchez, a pediatrician and assistant professor of pediatrics at Columbia University, says it’s no surprise that pediatricians are extending their vaccination efforts beyond their immediate patients. She says its’s a natural progression of their role within the communities they serve. She’s seen several families who come in to get vaccinated, with plans to celebrate together afterward.

Dr. Lourdes Pereda, a pediatrician in Angier, North Carolina, says she has been vaccinating adult community members against Covid-19 at almost the same rate as pediatric patients.

Her office recently vaccinated Maria Erika Reyes alongside her 13-year-old son, Kevin, when he came in for a routine physical.

Reyes told CNN she was not interested in getting the Covid-19 vaccine at first until the staff at Pereda’s office spoke to her about the protection it could provide both her and Kevin. Maria mainly speaks Spanish, and her 18-year-old-daughter, Brenda, helped translate for her.

“Now we’re encouraging my dad to get it as well, since he’s the one working outside the house,” Brenda Reyes said.

Pereda’s office, Kidz Pediatrics, caters to many rural and Hispanic families. She says some family members have yet to get vaccinated because they are concerned it will lead to unwanted attention around their immigration status.

When she tells them they can get vaccinated on the spot at her office, “they smile with relief — you have no idea how satisfying that is,” she said. “They’ve known us for years, and we’ve known their kids for years, and they really trust us. That helps a lot.”

Bracho-Sanchez says she’s also seen this firsthand. “When we think about that trust we have built, that also includes with families who might be fearful for other reasons — not just fearful of the vaccine itself,” she said.

Pereda said she’s asked her patients to spread the word to their friends and neighbors that the vaccine is available at her office — and they have.

“The first week or so, I saw patients and their parents. Then I started seeing grandparents and neighbors,” said Pereda. “Then there were people I’ve never seen in my life, and I was happy because that means we’re vaccinating more of the community.”

With about 44% of the total US population fully vaccinated, Bracho-Sanchez says the effort to fill in the remaining gaps should include “places where families already go and where they already feel comfortable getting their information,” such as community organizations. “I’ve just been really fortunate to be able to do it in my office,” she said.

Pediatricians across the country say they’re now regularly having conversations about the Covid-19 vaccine with families in their offices, at schools and other community settings. Murthy says these grassroots efforts are helping move the needle on the nationwide vaccination effort.

“The most powerful and important messengers in this effort to protect our countries, or patients in our communities are you,” Murthy said to pediatricians at an event hosted by the American Academy of Pediatrics last week.

“Local action in communities that know you and trust you — that matters tremendously,” he added. “That’s where we’re seeing the real movement happen.”

Murthy encouraged pediatricians to continue building on the trust they’ve established in their communities, and taking the time to have these one on one conversations.

More than 61% of people 12 years and older in the US have now received at least one Covid-19 vaccine dose and more than 51% have been fully vaccinated, according to data published Tuesday by the US Centers for Disease Control and Prevention.