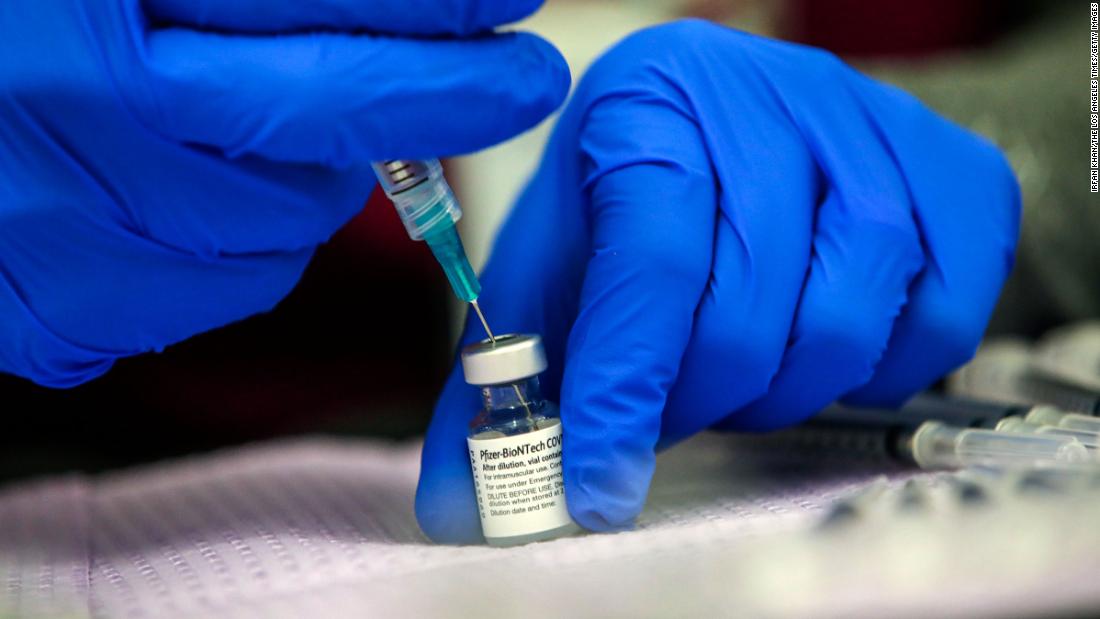 But pediatric cardiologists have a message for these parents: Covid-19 should scare you more — a whole lot more — than the vaccine.

There simply is no comparison between the two, they say.

Myocarditis sounds scary, but there are mild versions of it. In almost all cases among vaccinated young people (they were ages 16 to 24), the symptoms have gone away quickly. Covid-19, on the other hand, can be a long illness, or it can kill a young person — it has already killed thousands of them.

CNN spoke with pediatric cardiologists Dr. Kevin Hall at the Yale School of Medicine and Dr. Stuart Berger at Northwestern University Feinberg School of Medicine, who is also chair of the American Academy of Pediatrics section on cardiology and cardiac surgery, about the cases of myocarditis that have been spotted among young people after vaccination with the Moderna or Pfizer Covid-19 vaccines.

Both doctors, as well as the American Heart Association and American Academy of Pediatrics, recommend the Covid-19 vaccine for young people.

What causes myocarditis, and how often does it happen to young people?

While myocarditis is relatively uncommon, it does happen to young people (and we mean long before the Covid-19 vaccine ever came along). Usually it’s caused by a viral or bacterial infection. A different vaccine, one against smallpox, has previously been linked to myocarditis.

There’s a wide spectrum of myocarditis. Some people don’t feel anything and they’re fine without treatment. For others, myocarditis can be deadly.

Berger estimates that at the emergency room where he works at Lurie Children’s Hospital of Chicago, they see approximately one child a week with the condition in the summer, when coxsackie and other viruses that cause myocarditis are in full bloom. Generally speaking, these young people are otherwise healthy.

People from puberty through their early 30s are at higher risk for myocarditis, according to the Myocarditis Foundation. Males are affected twice as often as females.

How many people in the US have developed myocarditis after Covid-19 vaccination?

As of May 31, nearly 170 million Americans had at least one dose of the Covid-19 vaccine, according to the US Centers for Disease Control and Prevention. Through that time, fewer than 800 cases of myocarditis or pericarditis (inflammation of the tissue around the heart), have been reported after receiving the vaccine, according to the CDC, most of them after the second dose. And these are preliminary numbers — they might be lower as further investigation could show that not all of these people actually had myocarditis or pericarditis.

Are these numbers unusual?

The answer was “yes” for people ages 16 to 24. The CDC found that among 16-and 17-year-olds, as of May 31, there were 79 reports of the illnesses soon after vaccination, and ordinarily you’d expect to see around two to 19 cases in this group. Among 18-to-24 year olds, there were 196 reported cases, and you’d expect to see between 8 and 83 cases. There were also reports of myocarditis and pericarditis in older age groups, but the numbers weren’t higher than what you’d normally expect.

Did the myocarditis in these vaccinated young people make them really sick?

It sounds like an inflamed heart would, by definition, always be a huge deal, right? But it isn’t.

“Many times, people have myocarditis and don’t even know it. It goes away and they’re fine,” Berger said.

In the vast majority of these post-vaccination cases, patients had a full recovery.

Looking at 270 patients who were admitted and discharged from the hospital as of May 31, the CDC has found that 81% had full recovery of symptoms. The other 19% had ongoing symptoms or their recovery status was unknown.

Hall, the pediatric cardiologist at Yale, said many of the post-vaccination myocarditis patients at his hospital didn’t feel very sick, but they were admitted so doctors could do more testing and out of an abundance of caution.

“Some of these young men and boys were rather upset that they had to stay in the hospital,” Hall said.

What kinds of symptoms did these young people have?

Hall is co-author of a study published last week looking at seven cases of myocarditis among adolescents after vaccination.

They all had chest pain, and some of them also had fevers or felt weak or tired.

Their symptoms began between two and four days after the second dose of the vaccine. They spent two to six days in the hospital. For all seven patients, their symptoms resolved rapidly with medications such as non-steroidal anti-inflammatories and steroids.

How do young people do when they get Covid-19?

This gets to the heart of the issue. When young people developed myocarditis following vaccination, the numbers were small, and they weren’t very sick.

While most young people who develop Covid-19 are fine, some do develop complications and even die from the infection.

As of June 9, 2,637 people under age 30 have had deaths that involved Covid-19, according to the CDC. As of June 5, preliminary data shows 3,110 people under the age of 18 have been hospitalized, a number the CDC says is likely an underestimate.

Berger and Hall have each taken care of dozens of Covid patients.

“Some of them spent weeks in the intensive care unit. They had poor heart function. They had acute infections that were completely preventable by the vaccine,” Berger said.

Even if they recovered, some have had long-term illnesses.

“We do remain concerned about these children in the long term,” Hall said. “We have seen some with persistent changes in their cardiac testing. This is a very serious disease.”