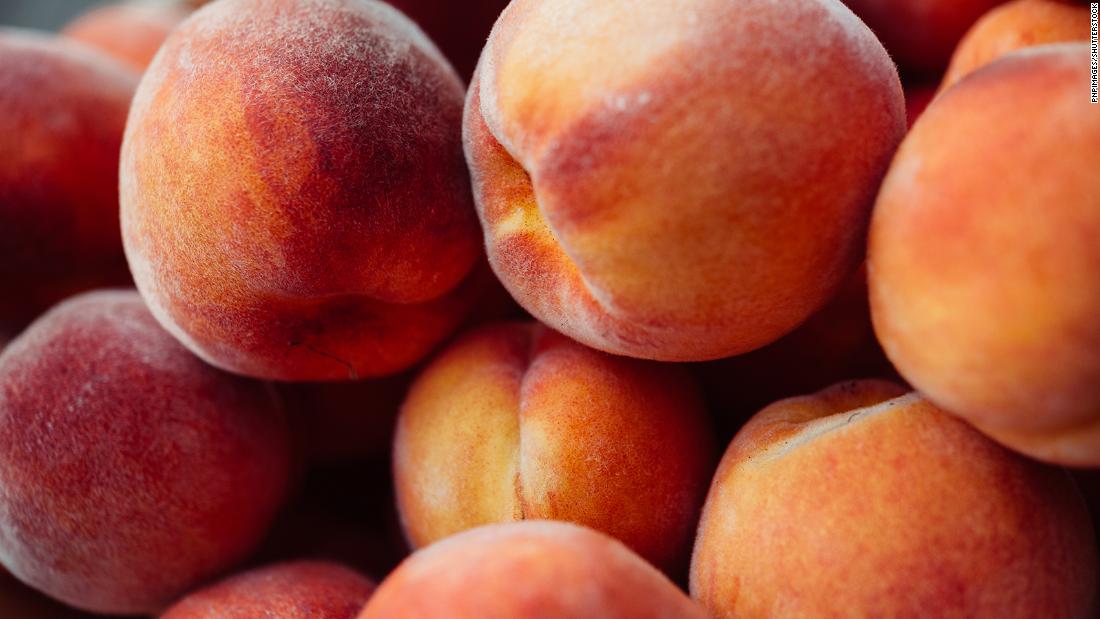 Of the 78 reported cases of illness traced back to the potentially tainted fruit between June 29 and Aug. 3, 23 victims were hospitalized, the CDC reported. No deaths have been reported. Victims ranged in age from one to 92 years old.

The agency is warning that more salmonella poisonings are possible. “Illnesses might not yet be reported due to the time it takes between when a person becomes ill and when the illness is reported. This takes an average of 2 to 4 weeks,” the CDC said.

“Epidemiologic evidence indicates that peaches are the likely source of this outbreak.”

The fruit at the center of the multistate outbreak was shipped to retailers in more than 30 states by California-based Prima Wawona or Wawona Packing Company LLC, the US Food and Drug Administration said last week, and the number could grow.
More than a dozen companies have so far recalled the peaches or products made with the fruit, including Aldi, Food Lion, Hannaford, Kroger, Target, Walmart, Wegmans and Russ Davis Wholesale.

Bagged peaches, loose fruit and in-bulk peaches, along with peach salsa sold under three brand names and labeled as Perfectly Peach Salsa, are under recall.

“If you can’t tell where the peaches are from, don’t eat them,” the CDC warned on its website Thursday. “Don’t eat food made with these peaches.”

Clean and sanitize any surfaces the peaches may have come into contact with to prevent cross-contamination, such as cutting boards, slicers, countertops, refrigerators and storage bins, the CDC urged.

“FDA’s traceback investigation is ongoing to identify the source of this outbreak and to determine if potentially contaminated product has been shipped to additional retailers,” according to the CDC.

Public health and regulatory officials in several states and Canada are also investigating infections linked to the peaches.

Salmonella poisoning can cause diarrhea, fever and stomach cramps between six hours and six days after exposure to the bacteria, according to the CDC, and last between four and seven days. People who are under the age of five, over age 65 and with weakened immune systems are more likely to experience severe illness.