Pangolins may have incubated the novel coronavirus, gene study shows 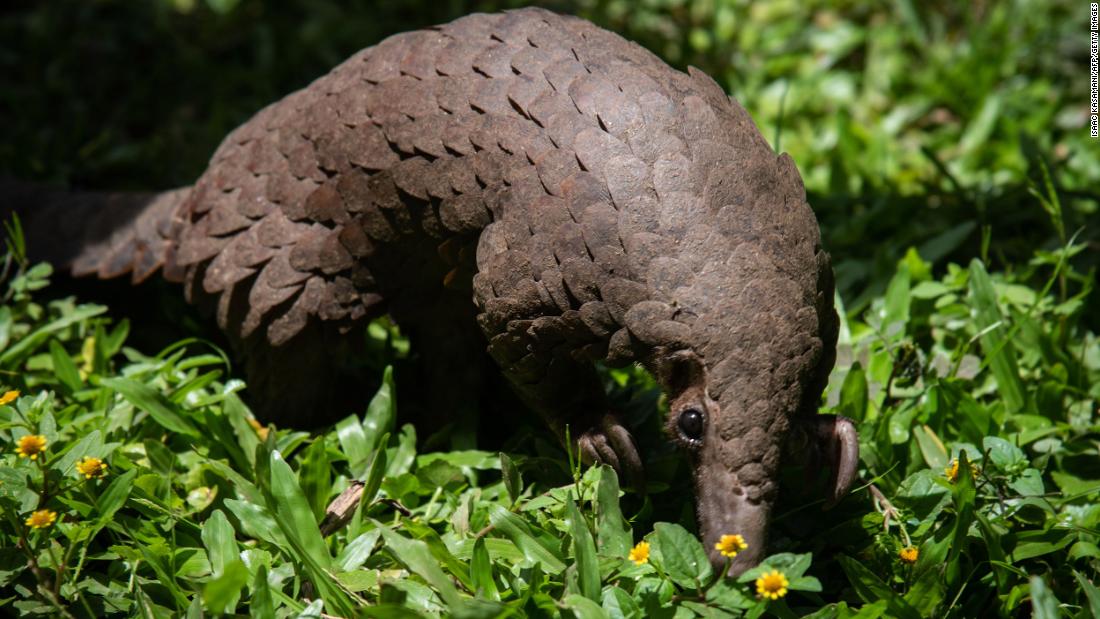 But they said it’s too soon to blame pangolins for the pandemic and say a third species of animal may have played host to the virus before it spilled over to people.

What is clear is that the coronavirus has swapped genes repeatedly with similar strains infecting bats, pangolins and a possible third species, a team of researchers from Duke University, Los Alamos National Laboratory and elsewhere reported in the journal Science Advances.

What’s also clear is that people need to reduce contact with wild animals that can transmit new infections, the researchers concluded.

The team analyzed 43 complete genomes from three strains of coronaviruses that infect bats and pangolins and that resemble the new Covid-19 virus.

“In our study, we demonstrated that indeed SARS-CoV-2 has a rich evolutionary history that included a reshuffling of genetic material between bat and pangolin coronavirus before it acquired its ability to jump to humans,” said Elena Giorgi, a staff scientist at Los Alamos National Laboratory who worked on the study.

But their findings may let pangolins off the hook. The animals, also known as scaly anteaters, are sold as food in many countries, including China, and have been a prime suspect as a possible source of the pandemic.

“The currently sampled pangolin coronaviruses are too divergent from SARS-CoV-2 to be its recent progenitors,” the researchers wrote.

Whether the mixing and matching between bat viruses and pangolin viruses was enough to change the virus into a form that now easily infects humans remains unclear, the researchers said.

“It is also possible that other not yet identified hosts (can be) infected with coronaviruses that can jump to human populations through cross-species transmission,” the researchers wrote. “If the new SARS-CoV-2 strain did not cause widespread infections in its natural or intermediate hosts, such a strain may never be identified.”

But people are setting themselves up to be infected with new viruses via “wet markets” where many different species of live animals are caged and sold, and by moving deeper into forests where animals live, the researchers said.

“While the direct reservoir of SARS-CoV-2 is still being sought, one thing is clear: reducing or eliminating direct human contact with wild animals is critical to preventing new coronavirus zoonosis in the future,” they concluded.