Over 900 health care workers have died from coronavirus. A new database tells their stories 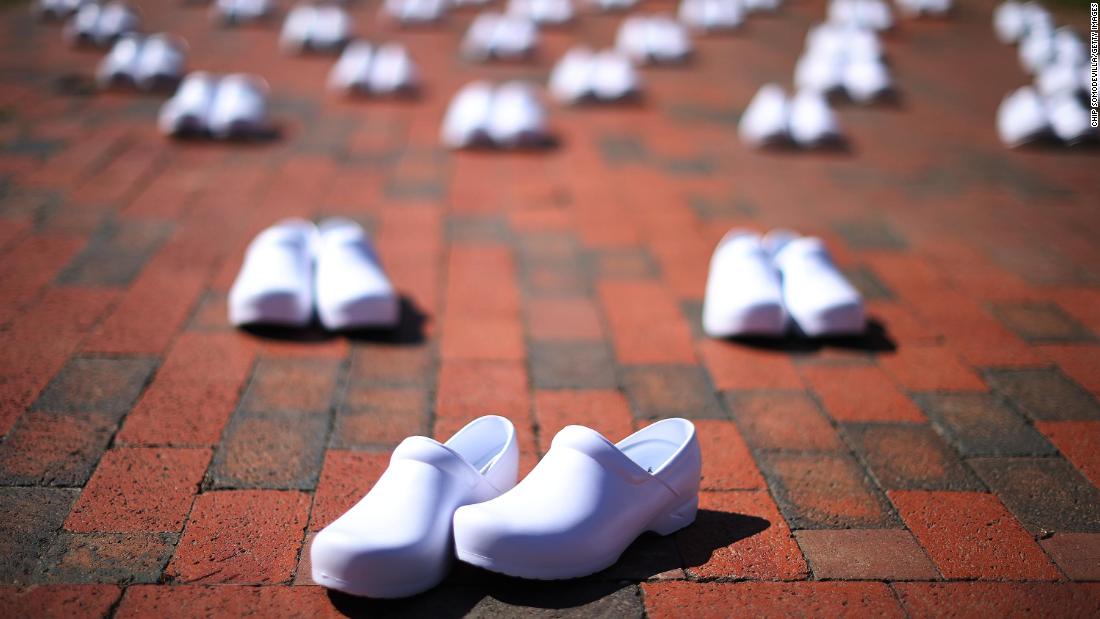 Now, the life stories of frontline physicians, nurses, clinical support staff and cleaners are being compiled in a new interactive database from Kaiser Health News and the Guardian US.
So far, the news organizations have identified 922 workers who’ve likely died from the coronavirus. Health care workers are uniquely susceptible because of their proximity to patients with the virus. Constant exposure, coupled with monthslong shortages of personal protective equipment, or PPE, that’s resulted in workers reusing potentially contaminated equipment, has positioned health care workers among the highest-risk groups for infection.
Of the 167 workers profiled so far, 62% were people of color, according to Kaiser Health News and the Guardian. Black and brown Americans have been disproportionately hit by the coronavirus, and Black Americans in particular are dying from it at disproportionately high rates compared with other ethnicities.
Nearly 40% of the workers profiled were nurses, the occupation that accounts for the most deaths so far, according to the news outlets. Almost one-third of those who died faced shortages of PPE, like gloves, masks and gowns. And almost half of those who died were over age 60, the news organizations found.

Beyond the stunning data are stories: There’s Joshua Obra, a 29-year-old nurse who loved Disneyland and was buried in the same California cemetery as Walt Disney; Paul Odighizuwa, 61, a food services coordinator from Oregon who was also an accomplished artist; and Rosemary Sell, an 80-year-old who returned to work as a school nurse in New York weeks before the pandemic began.