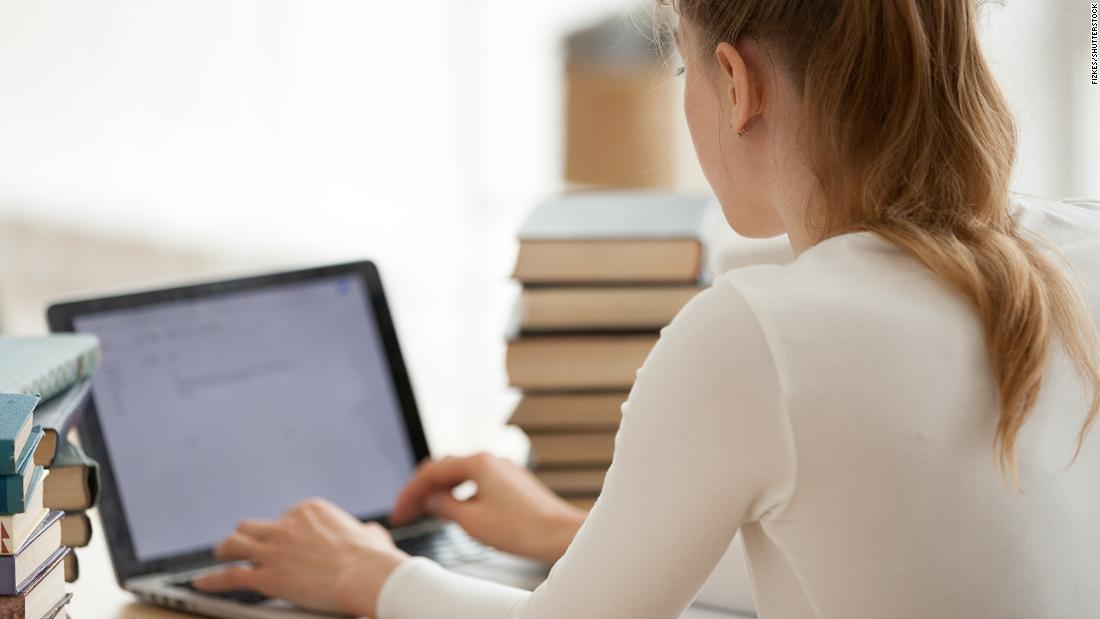 They made plans in front of her, without inviting her. They’d ask her, “Why do you read so much? Why do you dress like that?”

“I would typically let people walk all over me and say what they wanted, and even if they hurt me, I wouldn’t confront them,” Fusco, 14, said. She liked her actual schoolwork, but navigating the friendship scene was painful and overwhelming, and teachers who tried to intervene proved ineffectual. Finally, in January, she’d had enough.

Even before the pandemic shuttered most brick-and-mortar schools, Fusco, with the help of her parents, enrolled in an online school called Western Christian Academy. There, she’s able to learn at her own pace, with no bullying kids to distract or upset her.

The rapid transition to online school — for those who hadn’t made that choice themselves — has come with many downsides, from increasing inequity to the “Covid slide,” in which children lose some of this year’s learning, becoming less prepared to advance.

But after millions of schoolchildren suddenly transferred to cyber school, some are finding a surprising upside: Complicated social dynamics can simplify, sometimes evaporate, as they learn online.

A decline in digital drama

Online school may have less of what psychologists call “digital drama,” when exclusive and unkind behaviors, like those Fusco experienced, transfer to the cyber world.

This can include things like posting pictures on Instagram of parties, making those who weren’t invited feel left out. It’s not cyber bullying, in which a child is targeted for a sustained period of time, but it’s behavior that causes a child to feel excluded, bruised, sad and confused.

Such behavior may be in decline simply because kids aren’t in the same spaces, creating drama in person that they upload to the virtual world.

“Digital drama is often an extension of what happens at school,” said Diana Graber, author of “Raising Humans in a Digital World” and founder of Cyber Civics, which teaches digital literacy to kids in 44 states and 7 countries. “Because they’re not experiencing that during the school day, it’s not drifting over into their online life.”

“During this pandemic, I have heard countless examples of good behaviors occurring, children exhibiting increased empathy for others,” Stacey Kite, a professor in the College of Arts & Sciences at Johnson & Wales University, and an expert on bullying, said.

“Moreover, children who did not want to go to school because they were bullied are now flourishing with the online learning. They are also finding ways to connect with their peers through this mode, which may transfer into real friendships.”

One reason: Absence makes the heart grow fonder. “Kids are craving their peers and they’re missing people they weren’t even that close with before,” Graber said.

Graber has observed and heard about kids being less exclusionary than they were before Covid-19, now that they have to interact with fellow students online or in small groups, with teacher supervision. “Plus, kids who are normally shy in person many times find it easier to communicate with peers virtually,” she said.

In my older daughter’s class, her teacher told me, the most consistently disruptive kids have calmed down, are doing their work and are not getting in fights with other students.

Children are able to be far more intentional about who they interact with in this all-online world.

The only friends Angelina interacts with are the ones she chooses to — digitally, for now. They’re not subject to the whims and cruelties of cliques, to the sometimes-vicious worlds of lunchrooms and playgrounds where those unkindnesses play out behind adults’ backs.

Unkindness still finds its way in

This is not to say that cyberbullying has been erased, or that some kids aren’t continuing to be cruel.

One of three kids, in 30 countries, have been victimized by online bullying, according to a poll released in September 2019 by UNICEF and the UN Special Representative of the Secretary-General on Violence against Children. One in five have skipped school because of it. Moreover, 15.5% of high school students were cyberbullied, the US Centers for Disease Control and Prevention reported in 2017.

That problem hasn’t completely gone away.

One mother in a greater Boston public school said that one grade school student had figured out how to hack into another child’s email and sent bullying messages to other kids at school. (Kids: Don’t share your passwords or make them obvious!)

“She was just seeking attention,” the mom said, and the school administrators, parents and teachers came together to talk it through with the child and her family.

But, Graber said, while some predicted the transition to online school would multiply those incidents, “We have looked for evidence that cyberbullying has increased during Covid-19, and haven’t really found any solid data to support that it has — thankfully.”

Not the new normal

Someday, of course, most kids will return to in-person school. And even those online educational institutions usually have some in-person component.

Many follow a “blended learning” model, in which children learn at their own pace, at home and see their classmates out in the world for small-group learning or social events. They need friends, and they need to see them in real life.

“We’ve taken away something from them that’s very needed at the developmental stage,” Graber said.

Fusco says she knows fewer people now, but the ones she knows are kinder, more generous, and more fun. “I’ve devoted myself to hanging out with people who aren’t toxic for me,” she said.

But if kids are behaving better online, adults aren’t following the same path. “What’s on the rise right now is hate speech in adults,” Graber said. “It makes me sad because that’s what kids see us role modeling. Hopefully kids look at that and go in the opposite direction.”