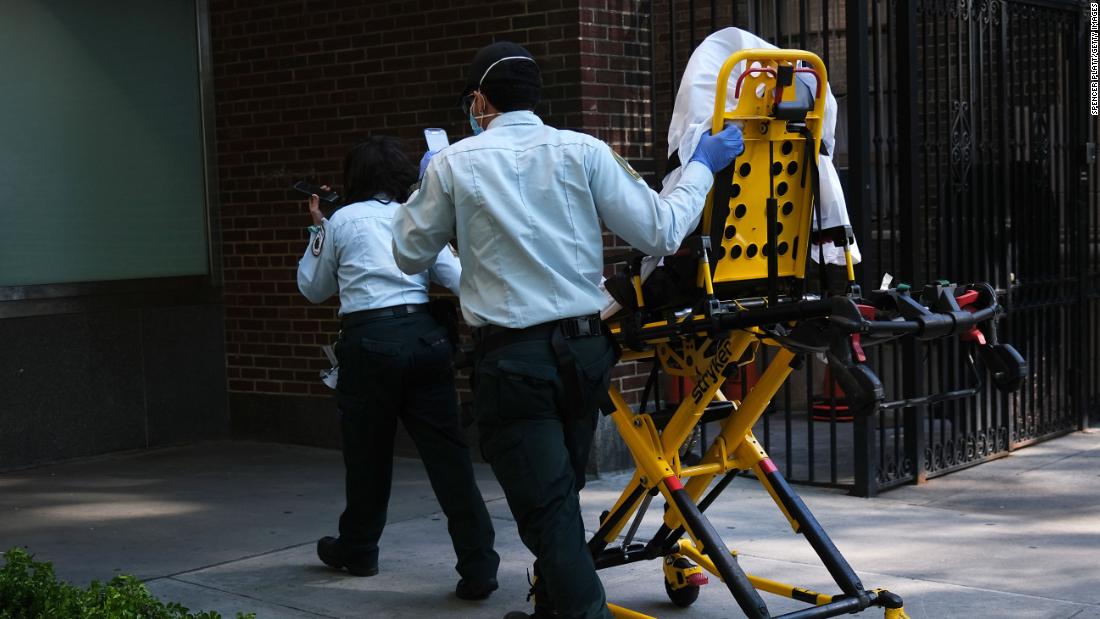 University leaders turned to federal officials Wednesday for answers on how and when to reopen their campuses. Meanwhile, division remains over decisions to reopen, with health experts sparring with federal lawmakers over testing to track down and stop the spread of future infections. And in Wisconsin, the state Supreme Court struck down the governor’s stay-at-home order, ending public health restrictions put in place to stop the virus from spreading.

When it comes to opening their doors, leaders wary of moving too fast are turning to federal officials for help.

On Wednesday, universities and colleges held a session with the White House to seek answers on when and how to bring students back to campuses, said Michael Lovell, president of Marquette University in Milwaukee.

University leaders on the call wanted to see a “very clear” set of guidelines outlining what it means to safely reopen campuses, Lovell said. They stressed the need for guidance from the federal government and the Centers for Disease Control and Prevention to ensure students’ safety.

“It’s very, very important for us as campuses to have the resources we need to be able to open the campus and stay safe. And so that includes new protocols around social distancing but also testing and tracking students and others within the campus to ensure that people are safe,” Lovell said.

The Vice President’s office provided a readout of the call linking to the CDC guidance from March, which does not discuss how to reopen campuses in the fall. The CDC told CNN it’s considering updating the guidance to focus on reopening.

Marquette plans to allow students back on campus in the fall. If there are more coronavirus infections, the university will be ready to adapt, including keeping options open on both in-person and online classes, Lovell said.

Dr. Anthony Fauci, a key member of the White House’s coronavirus task force, has said schools should not expect a coronavirus vaccine or widely available treatment by fall.

In California, most students in the state’s two main university systems will likely not return this fall. The California State University system plans to cancel nearly all in-person classes through the fall semester, Chancellor Timothy White said.

The University of California, which has 10 campuses statewide, is considering a mixed approach where some students go to classrooms and labs while others remain remote.

In Wisconsin, the state Supreme Court overturned the stay-at-home order issued by the governor, ruling it “unlawful” and “unenforceable.”

In a win for the state’s Republican-led legislature, the court ruled that Democratic Gov. Tony Evers’ administration overstepped its authority when it extended the order to May 26. Lawmakers argued that the order would cost residents their jobs and hurt many companies.

The ruling leaves the state in chaos, the governor said. “Now we have no plan and no protections for the people of Wisconsin,” he added.

Experts and lawmakers squabble over leadership

Months into the pandemic, testing remains a crucial point of contention between experts and officials

A panel of top health experts Wednesday sparred with lawmakers on the House Select Committee on the Coronavirus Crisis over testing, tracing and targeted containment of the virus.

“Testing was the fundamental failure that forced our country to shut down,” testified Dr. Ashish Jha, the director of the Harvard Global Health Institute. “Testing tells us who has the disease and who doesn’t. And testing is the cornerstone of controlling every single disease outbreak. It was inadequate testing that precipitated the national shutdown.”

Jha slammed the government response, warning that the nation’s testing capabilities are not there yet.

“I believe we need federal leadership,” he said. “The institute that I run has calculated that the US needs more than 900,000 tests every day to safely open up again. We’re doing about a third of that.”

Other health experts on the panel, including former FDA commissioner Dr. Scott Gottlieb, agreed that testing is one of the keys to safely reopening society.

Cases of mysterious illness in kids extend to 17 states

As the death toll grows nationwide, officials are grappling with the effects of the virus on children. Hospitals and clinics in at least 17 states have reported cases of a mystifying condition that seems to be affecting children after coronavirus infections. Cases in at least 150 children are under investigation, most of them in New York.

The condition appears to be a post-viral syndrome in children, said Dr. Jeffrey Burns, a critical care specialist at Boston Children’s Hospital. “This multisystem inflammatory syndrome is not directly caused by the virus,” he added. “The leading hypothesis is that it is due to the immune response of the patient.”

Symptoms include persistent fever, inflammation and poor function in organs such as the kidneys or heart. Children may also show evidence of blood vessel inflammation, such as red eyes, a bright red tongue and cracked lips, said Dr. Moshe Arditi, a pediatric infectious diseases expert at Cedars-Sinai Medical Center in Los Angeles.

Not all of the affected children have tested positive for the coronavirus.

“These observations confirm that there is a substantial probability that normal speaking causes airborne virus transmission in confined environments,” the study says.

It’s from researchers at the National Institute of Diabetes and Digestive and Kidney Diseases, along with the University of Pennsylvania. Large droplets shrank as they partially evaporated and hung in the air.

The researchers concluded that in real situations, such particles could be inhaled by others and cause new coronavirus infections.