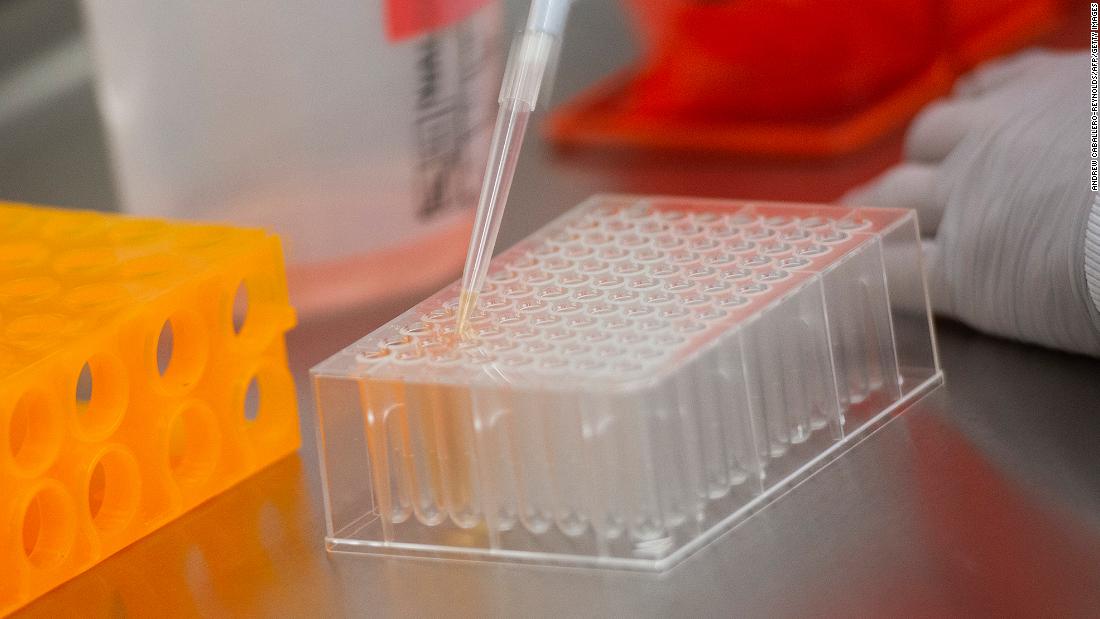 Using a randomized, placebo-controlled trial — the gold-standard method of study — scientists gave the vaccine or a placebo, an inert substance like saline, to 131 healthy adults in May. Eighty-three people got the vaccine with adjuvant, an agent to boost the body’s immune response. Another 25 got the vaccine without the booster and 23 got the placebo. Participants also received a second injection 21 days after the first.

The volunteers came from two locations in Australia and they were all under the age of 60. People who had Covid-19 or who had recovered from Covid-19 were excluded from the trial.

In a phase Phase 1 trial, doctors mostly watch to see if the vaccine is safe, but they also check to see if it produced a response.

For 35 days, participants were told to record any potential symptoms or soreness. Volunteers were also given a swab test for Covid-19 if they had any symptoms, and were tested 35 days after their first injection.

At day 35, there were no serious or unusual adverse events. One person reported a mild fever that lasted for a day after the second shot. Otherwise, most didn’t have any reaction at all, or if they did have a reaction, it was mild. Two people in two of the vaccine groups had headache, fatigue and malaise for a median of two days or less. Two people from two of the vaccine groups had fatigue, malaise, and tenderness.

After the second vaccination, most people didn’t have any problems, or they were mild. One person had tenderness after the second shot and eight had joint pain and fatigue.

The vaccine seemed to generate an immune response. All the volunteers who got the vaccine developed neutralizing antibodies after the second dose.

At day 35, participants who got two doses of the vaccine with the adjuvant developed neutralizing antibodies at levels more than four to six times greater than average than the antibodies developed by people who had recovered from Covid-19. Antibodies are the proteins the body naturally produces to fight off an infection or toxin.

The vaccine also seemed to generate T-cells, the type of immune cells that also help protect the body from infection, in the 16 volunteers who were randomly selected and tested for T-cell response.

The benefit of adding adjuvant to the vaccine was clear, based on the antibody response it generated, the study found. It also showed the value of the second dose on day 21.

“Based on the positive Phase 1 results, we have begun multiple Phase 2 clinical trials, from which we expect to collect preliminary efficacy,” said Dr. Gregory Glenn, president of research and development at Novavax. “Novavax is committed to generating the safety, immunogenicity and efficacy data that will support confident usage of the vaccine, both in the US and globally, and the data published today further bolsters our conviction that this is possible.”

There are limits to what this trial can determine about the vaccine. It’s a small number of patients and there were few Black and Latinx volunteers in the trial. The patients were also in good health.

Dr. Paul Offit, Director of the Vaccine Education Center and professor of pediatrics at the Children’s Hospital of Philadelphia, said the results look good for this early stage.

“It will need to be tested in tens of thousands of people to see not just their response, but if you can prove that it is protective,” Offit said. “So we wait months to see if that happens.”

Offit noted that, compared to some of the other candidates among the 33 Covid-19 vaccines in various stages of development right now, this one may have an advantage, because it uses an approach that has been successfully tried with other vaccines, like those that protect against shingles.

“I think my takeaway from this is this is a tried and true vaccine strategy,” Offit said. “But we will have to wait and see if they prove it works.”

Five vaccines are in clinical trials in the US, and 33 around the world, according to the World Health Organization.