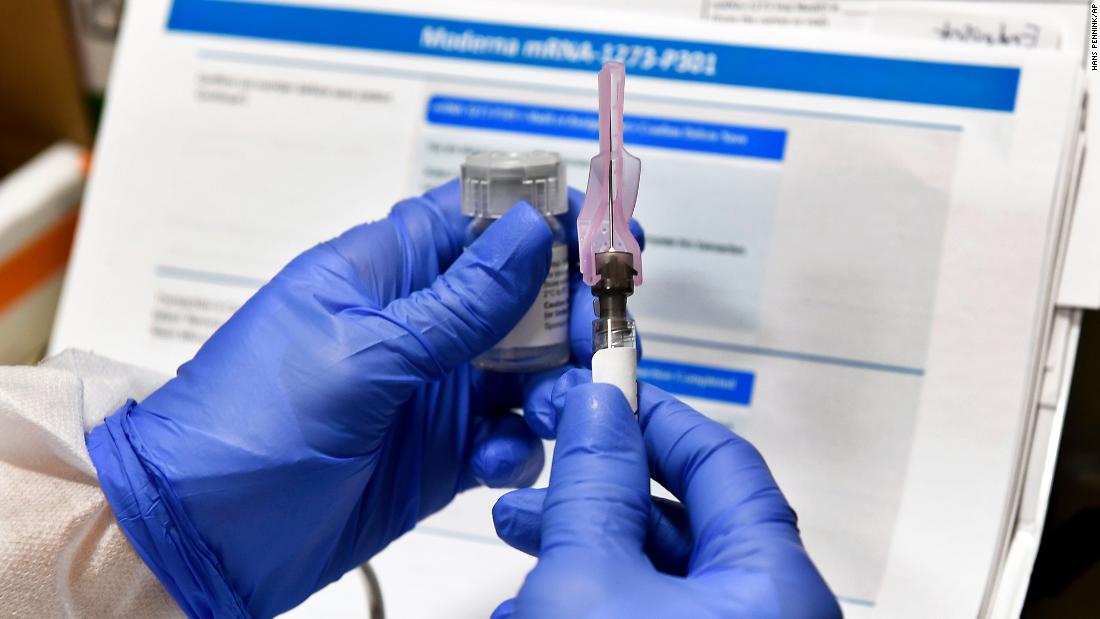 Doctors have worried that just before Election Day, President Trump might pressure the US Food and Drug Administration to approve a coronavirus vaccine before it’s ready as an “October surprise” to gain votes.

He said if FDA Commissioner Dr. Stephen Hahn approves a vaccine based on flimsy evidence, “he’s got a lot of people he’d have to answer to.”

Collins said he’d be one of those people, and so would Dr. Anthony Fauci, director of the National Institute of Allergies and Infectious Diseases.

Collins said he, Fauci, and others would “certainly make a big noise about not supporting [the vaccine]” if the FDA were to approve it prematurely, adding that the vaccine cannot be approved “on the basis of anything other than science.”

Half the participants will get the vaccine and half will get a placebo — a shot that does nothing. Then the researchers will see who gets sick with coronavirus and who does not.

There’s a precedent for Trump declaring a product safe and effective without any proof. For months he has said that hydroxychloroquine is both, even though high-quality studies have shown it doesn’t help coronavirus patients and could be harmful.

“It didn’t go so well for HCQ did it?” Collins said, using an abbreviation for the drug. “Do we really need to be reminded of how important it is to make those decisions based on evidence?”

Collins added that he doesn’t think Hahn, the FDA commissioner, would bend to pressure from Trump to pull an October surprise.

“Steve Hahn is a scientist. He’s not a politician. He’s a doctor. I can’t imagine him compromising his principles on the basis of political pressure not now and not [in] November,” Collins said.

The fear that the US Food and Drug Administration might approve a Covid-19 vaccine on flimsy safety and efficacy data to please the President was first put forth publicly in a June New York Times opinion piece by two physicians at the University of Pennsylvania.
Dr. Paul Offit and Dr. Ezekiel Emanuel, the authors of the original “October surprise” opinion piece, said they now feel more confident that Hahn won’t bow to political pressure after reading some of his recent assurances that any application to authorize a vaccine would go through the FDA’s Vaccines and Related Biological Products Advisory Committee, an advisory panel made up of outside experts.

“Our decisions will be reviewed by that committee, and they will give us their guidance on any decision that we make,” Hahn told Dr. Susan Bailey, the president of the American Medical Association, at a Monday videobriefing.

“I can promise you that when the data are available, FDA will review them, using its established rigorous and deliberative scientific process,” he added. “We all understand that only by engaging in an open review process and relying on good science and sound data, can the public, and you as providers, have confidence in the integrity of our decisions.”

Offit, who is a member of the FDA’s vaccine advisory committee, said such comments made him feel “90%” assured that the FDA wouldn’t allow an October surprise.

“The reason I’m 90% and not 100% sure is I don’t trust this administration and people’s ability to turn themselves into pretzels to please Trump,” Offit said. “This all boils down to Stephen Hahn, and Stephen Hahn is a political appointee.”

CNN reached out to a spokesman for Hahn, who did not give a response to the doctors’ comments.

In addition to the AMA event, Hahn has also recently talked about the need to carefully review experimental vaccines during interviews with Good Morning America and the Journal of the American Medical Association, and in opinion pieces in that journal and the Washington Post.

Emanuel, Offit’s co-author on the October surprise article, said Hahn has already made decisions during the pandemic that appear to be politically motivated.

In March, the FDA agreed to grant an emergency use authorization for hydroxychloroquine, which the agency revoked in June. Under pressure from Trump to speed up testing, the FDA also allowed the authorization of antibody tests without documentation that they worked. The agency later made the rules stricter.

Emmanuel said while he is “heartened” by Hahn’s recent statements, he thinks Hahn, who has been in office for less than eight months, “has been thrown into a very, very difficult situation with intense political pressure.”

“I do think Steve really wants to do the right thing here but I’m also cognizant of the uniqueness of the moment and the political pressure he’s going to be under,” Emanuel added.

Offit and Emanuel said they think Hahn is aware that if he bows to political pressure, they and other outspoken physicians, such as Dr. Peter Hotez and Dr. William Schaffner, would flood the airways and the Internet with their doubts about the vaccine.

“If there were an October surprise, I think there would be a large pushback from the professional community,” said Schaffner, a professor at Vanderbilt University Medical Center and a longtime adviser on vaccine issues to the US Centers for Disease Control and Prevention.

But he adds that Trump may not care if he upsets doctors like him.

“He’s thrown the usual manual of how to function in a pandemic out the window,” he said.