Newly discovered bats are related to those associated with the pandemic 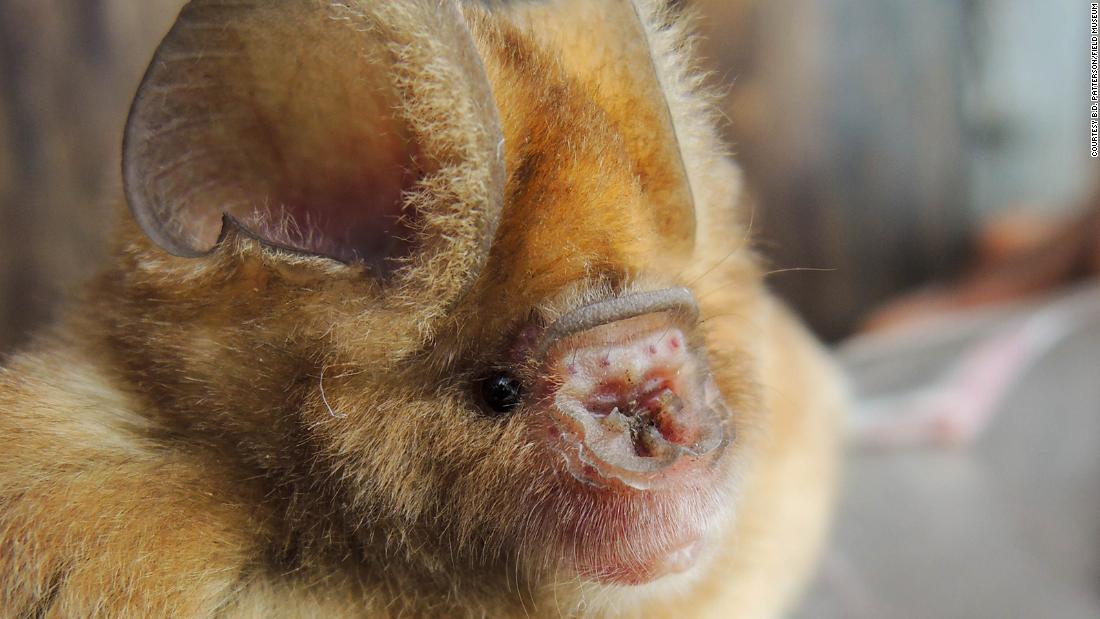 The new bat species were announced in a study published Wednesday in a special issue of the journal ZooKeys, focused on the pandemic.

Identifying individual species of bats and understanding more about them is crucial to providing a foundation for information related to the spread of diseases like Covid-19.

Learning more about bats, both the benefits they offer as well as how they carry and transmit diseases to humans, is key to protecting both bats and humans, the researchers said. Although much attention is being focused on bats as carriers of disease at the moment, they also pollinate crops, disperse seeds and eat insects like mosquitoes.

But bats remain largely mysterious to us. Researchers estimate that we’ve only identified 25% of all bat species in the last 15 years. They’re difficult to locate and study, so we lack information about where they live, how they evolved and their true role in the world around them.

“Bats are small, nocturnal and use high-frequency sound and smell to identify their species to other bats,” said Bruce Patterson, lead study author and Macarthur curator of mammals at Chicago’s Field Museum, in an email. “Because we are large, diurnal and reliant on vision (and lower-frequency sounds), we can’t read their signals very precisely. The real diversity of bats has really opened up in the last 25 years with DNA sequence and ultrasonic recorder technology that helps us recognize the signals bats are using.”

The new bat species were actually discovered largely based on museum specimens that were collected in Africa over the last few decades.

Leaf-nosed bats live in Asia, Africa, Australia and New Zealand, but the species in Africa haven’t been studied as much because the areas where they live are inaccessible. They get their name from unique skin flaps on their noses that act like radar to help them catch insects and orient their signals to others.

The researchers used DNA to study the museum specimens of leaf-nosed bats and realized that although some of them appeared very similar to known species, they were genetically different.

“The most surprising thing to me about this study was that we failed to find much genetic support for long-recognized species, and found trenchant differences existing within what had been considered a single species,” Patterson said.

The new species haven’t been named yet. And the researchers want to follow up their work by looking for patterns in their anatomy, echolocation calls and the parasites they carry.

“None of these leaf-nosed bats carry a disease that’s problematic today, but we don’t know that that’s always going to be the case. And we don’t even know the number of species that exist,” said Terry Demos, study co-author and a post-doctoral researcher in Patterson’s lab, in a statement.

“Leaf-nosed bats carry coronaviruses — not the strain that’s affecting humans right now, but this is certainly not the last time a virus will be transmitted from a wild mammal to humans. If we have better knowledge of what these bats are, we’ll be better prepared if that happens.”

Patterson concurred. “With Covid-19, we have a virus that’s running amok in the human population,” he said. “It originated in a horseshoe bat in China. There are 25 or 30 species of horseshoe bats in China, and no one can determine which one was involved. We owe it to ourselves to learn more about them and their relatives.”

Other viruses and diseases contracted by humans have been associated with bats. It’s possible that the bats carry viruses due to their social nature, rather than being dirty virus magnets.

“All organisms have viruses. The roses in your garden have viruses,” Patterson said. “We worry about viruses when it comes to flu and pandemics, but viruses are part of nature and have been as far back as we go. And many viruses are harmless. Because [bats] huddle together and take care of each other, it doesn’t take long for a pathogen to get passed from one end of the colony to the other.”

And bats can also fly, which makes them incredibly strong — likely making them carriers of disease rather than prone to being sick themselves. Bats have high metabolism, self-repairing DNA and hearty immune systems.

“Flying is the most energetically expensive way to get around. If you skin a bat, it looks like Mighty Mouse, they have hardly any guts, they’re all shoulders and chest muscle. They’re incredible athletes,” Patterson said.

“Unless you try to seek out bats, either to harass them or kill them, it’s very, very unlikely that they’ll infect you,” Demos said.

Bat guano, or poop, is considered to be an excellent fertilizer, so it’s mined from caves. This can disturb the millions of bats in just one cave colony, Patterson said.

Bats can also ingest pesticides and environmental toxins when they eat hundreds of insects each night. And people “respond to viral fears” by purposely lashing out at bat habitats, Patterson said.

Harming bats will not curb disease, but a better understanding of bats might.

“These bats have a place in nature and perform essential ecological functions, and we can’t let our terror of Covid cause us to pull apart natural ecological systems,” Patterson said.

Patterson hopes that this moment of interest leads to more research about bats, as well as a clearer picture of how coronavirus jumped from bats to humans.

“In addition to their numerous services for mankind, we know that bats carry a substantial number of viruses,” Patterson said. “A bat species can carry only those viruses to which it has been exposed, and only so far as its range limits. So understanding who is out there and where they live constitutes a roadmap for the ecological connections that currently elude us in figuring out who was carrying SARS coV-2 in the wild.”

Clarification: The current version of this story reflects a broader definition of the geographic areas where bat meat is consumed.