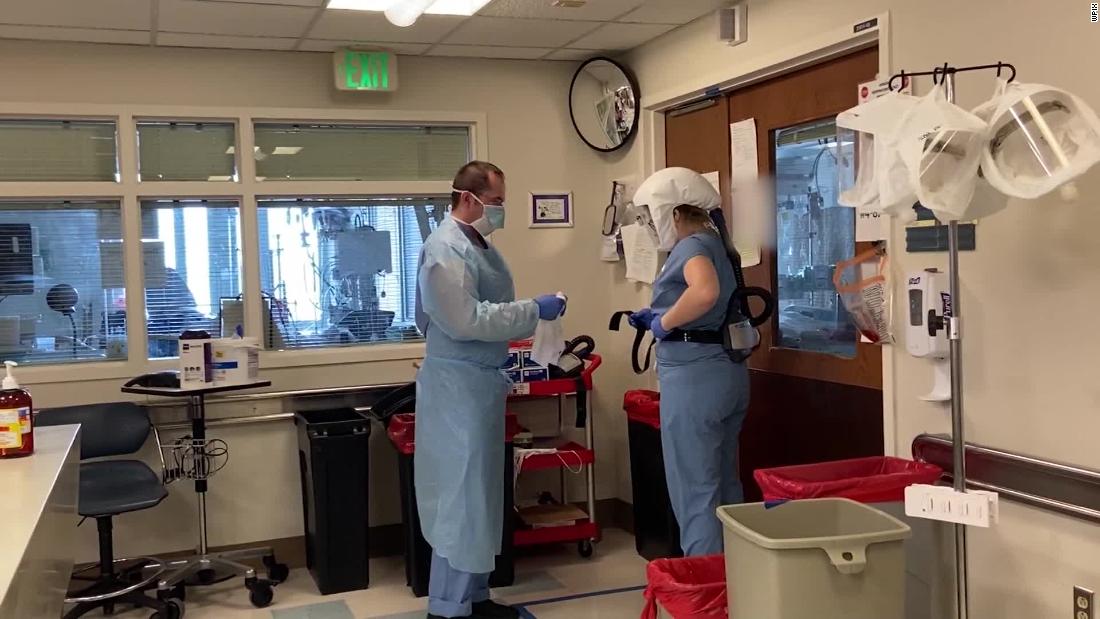 “We have had to make decisions that I personally have never had to contemplate before,” wrote Dr. Emile Bacha, director of the pediatric and congenital cardiac surgery at Columbia University Irving Medical Center. “We have had to ration care and make decisions about who is considered an urgent or emergent case.”

Bacha explains that nurses have been deployed to care for coronavirus patients, and that safety gear is scarce.

“The lack of Personal Protective Equipment is galling. Who would have thought that a simple plain surgical mask, something we use and discard multiple times a day during normal times, would become a rationed product in one of the richest cities in the world?” he wrote.

He said his pediatric heart surgery program was down to one operating team, “barely.”

“The most recent guidelines from the hospital is that only truly life-threatening problems are allowed,” he wrote. “And we have to decide what to do about endless other cases, such as shunt-dependent infants, children with ventricular septal defects in heart failure, teenagers with bad valves, and so on — all families in need, looking for our help.”

Bacha declined to be interviewed for this story.

While New York City has been the epicenter of the US coronavirus outbreak, hospitals in areas with relatively low numbers of coronavirus cases have put off some procedures to prepare for the outbreak.

Governors in dozens of states have ordered that elective or non-urgent procedures be delayed or postponed, according to the Ambulatory Surgery Center Association. Another six states have various levels of recommendations to delay such procedures.

There is often a blurry line between what is considered elective and what is lifesaving.

Mary Devorak, a 33-year-old marriage and family therapist, was born with multiple heart defects and has had five heart surgeries and more than a dozen cardiac catheterizations. She lives in Minnesota, where there’s an executive order to postpone indefinitely all “non-essential or elective surgeries and procedures” that utilize personal protection equipment or ventilators.

Over the past few months, she’s felt an irregular heartbeat. She says the last time she felt that, it meant her pacemaker battery was starting to wear out.

It wasn’t an immediately life-threatening problem, and so in November she scheduled appointments on April 17 and April 23 to have tests performed on her pacemaker.

At the end of March she received a phone call from her cardiologist’s office canceling the procedures.

“It’s scary because it makes me realize how reliant I am on a functioning medical system. I took it for granted I’ve always been around really good care,” she said. “It’s terrifying to think if anything happened now, it would be completely out of my control.”

Jolene Baxter has the same fear. Her daughter, Marlee, has a congenital heart defect and the right side of her heart doesn’t work.

Marlee had three open heart surgeries before her second birthday. Now she’s 3 years old and was doing well until a few weeks ago when her oxygen saturation numbers — a measure of the amount of oxygen in the blood — started to dip.

“I want to know the reason why they’re low because they haven’t been for two years, and now they are,” she said.

In early March, her pediatric cardiologist in Oklahoma scheduled Marlee to have a heart catheterization on March 17, but the day before, his office called to cancel it and said they didn’t know when it would be rescheduled.

In Oklahoma, there’s an executive order to postpone all elective surgeries.

Baxter measures her daughter’s oxygen levels several times a day and hopes that all will be well until the pandemic passes.