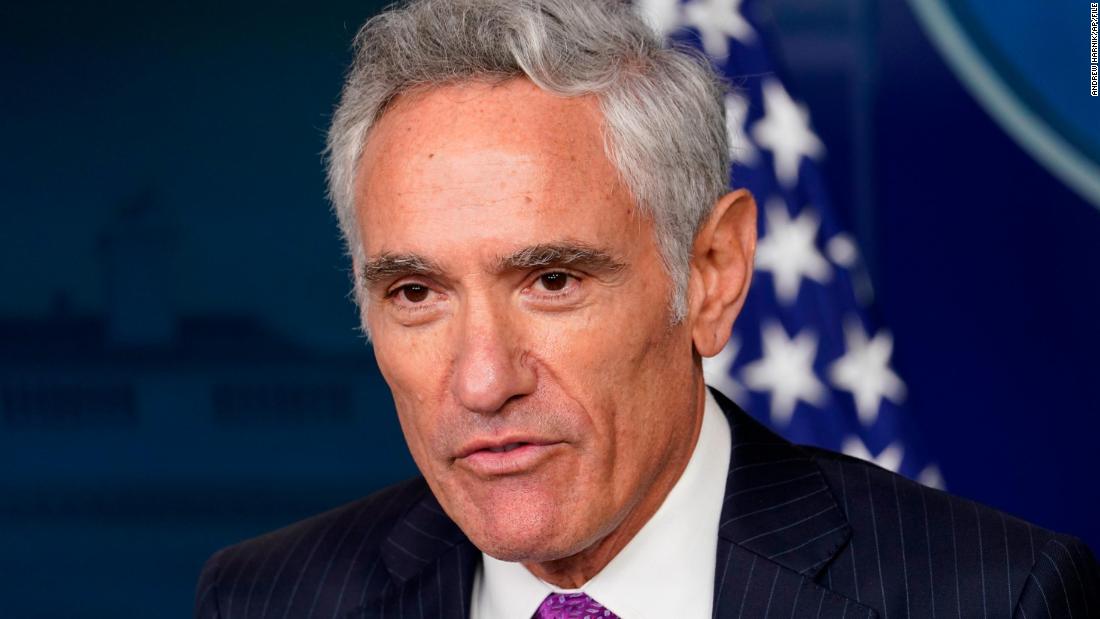 Atlas, a neuroradiologist who wrote a book on magnetic resonance imaging, said it doesn’t matter that he has no expertise in epidemiology or infectious diseases; he accused public health experts of ignoring data; said the US was doing better compared to Europe in terms of coronavirus deaths and claimed — incorrectly — that the case fatality rate in the US is down by more than 90%.

Atlas said ongoing restrictions to try to control the coronavirus pandemic are having worse effects than the virus itself.

“The impact of prolonging the lockdown is worse than the impact of the disease,” Atlas told the BBC Radio Newshour.

“There is a worse outcome from prolonging the lockdown and I think everyone knows that,” said Atlas, who is also a senior fellow at Stanford University’s Hoover Institution.

Atlas referred to reports showing some cancer patients are skipping chemotherapy, stroke patients are not going to the ER, childhood immunizations are down, and more people have contemplated suicide during lockdown.

Atlas has been criticized for comments made earlier this year in defense of a herd immunity strategy for handling the pandemic. He has denied this and denied that he argued for letting the pandemic run its course.

“I have never, literally never, advised the President of the United States to pursue a strategy of herd immunity, of opening the doors and letting people get infected. I have never advised that, I have never advocated for that to the task force, I have never told anybody in the White House that that’s what we should be doing,” Atlas said.

He also said that the concept of herd immunity is not controversial.

“It is known to exist, if you don’t understand herd immunity as an immunologist or as a doctor or anyone involved in the discussion about this, there’s something, you know, missing from your knowledge,” Atlas said. “Herd immunity is a phenomenon.”

Herd immunity develops when enough people get an infection and when there is a vaccine, Atlas said.

The President talking about herd immunity shows that “he’s fluent with the topic,” according to Atlas. Not that “there’s some kind of an overt strategy of pushing infection, letting it go widespread throughout the population. That is a complete lie.”

“The reality is that the strategy of the President is actually quite reasonable and almost everyone would think it’s reasonable if they weren’t so politicized,” said Atlas.

Some of Atlas’s comments closely mirrored claims made by President Trump.

“We know what’s going on here… We’re doing much better. The case fatality rate is down in the United States by probably 90% at this point,” he said. It is not clear where this assertion comes from — especially since the Centers for Disease Control and Prevention says it does not have precise data on the total number of infections in the US — one of the numbers that would be needed to accurately calculate a fatality rate.

BBC Radio’s Newshour questioned Atlas about how the US ranks first globally in terms of coronavirus cases and deaths. “You know what, that’s a completely incorrect assessment of what’s happening,” Atlas said.

“The only really legitimate way to compare countries, if you really want to get down to it – it’s something that most epidemiologists understand – and that is something called excess mortality. And what that means is comparing deaths this year, during the pandemic compared to your baseline,” he said.

“Europe has done 38% worse than the United States in excess mortality. No one talks about this,” Atlas said.

In fact, it’s a number Trump has mentioned frequently, without explaining it. He mentioned it Friday evening in a news conference. Atlas did not explain where that figure come from, either.

When BBC brought up Johns Hopkins University data that shows the United States has the 4th highest number of deaths per 100,000 people – a calculation meant to account for any country’s total population — Atlas said it’s “simply wrong.”

“I’m not trying to run away from it, but that’s not a valid comparison,” he said. “Excess mortality is the way to compare countries. And that kind of number that they’re using is simply wrong. It’s incorrect,” Atlas said.

Atlas also complained about decisions in many states to keep schools physically closed, with distance learning policies in place.

“There’s nothing that’s more of a slam dunk issue on that, than the schools, because the closing of schools to our children is a heinous abuse of public policy,” he said.

“I don’t understand why the data keeps being ignored or unknown, or just simply as if it didn’t exist. That is the science,” Atlas said.

There is, in fact, conflicting evidence about whether children transmit coronavirus to adults. Children are less likely than adults to have symptoms but a number of studies have shown they carry virus and may be able to transmit it.

Atlas said people have questioned whether he is qualified to advise about coronavirus when his expertise is in neuroradiology.

“You know I have to laugh at that because there’s a lot of things I’m not, but that’s not why I was asked to be in here,” Atlas said.

Atlas said “it’s sort of silly” to think “there’s some kind of reason that I would need to be a virologist or an immunologist.”

“The reason I’m asked to be in here is because I have a 25-year history of being in academic medicine at the highest levels, in the best institutions in the United States,” he said.

“In that role in my medical career, I specifically was integrating a lot of information from other medical subspecialists, also at the highest levels in these academic medical centers – that’s what people like me do,” he added.

“They come to me with all of their information, and then I help them decide – using deductive reasoning and the rest of the medical science that we have – what’s going on with the patient, what is the management strategy here,” Atlas told BBC.

“I’m a total straight shooter,” he added. “I say what I say, period. The facts are the facts.”