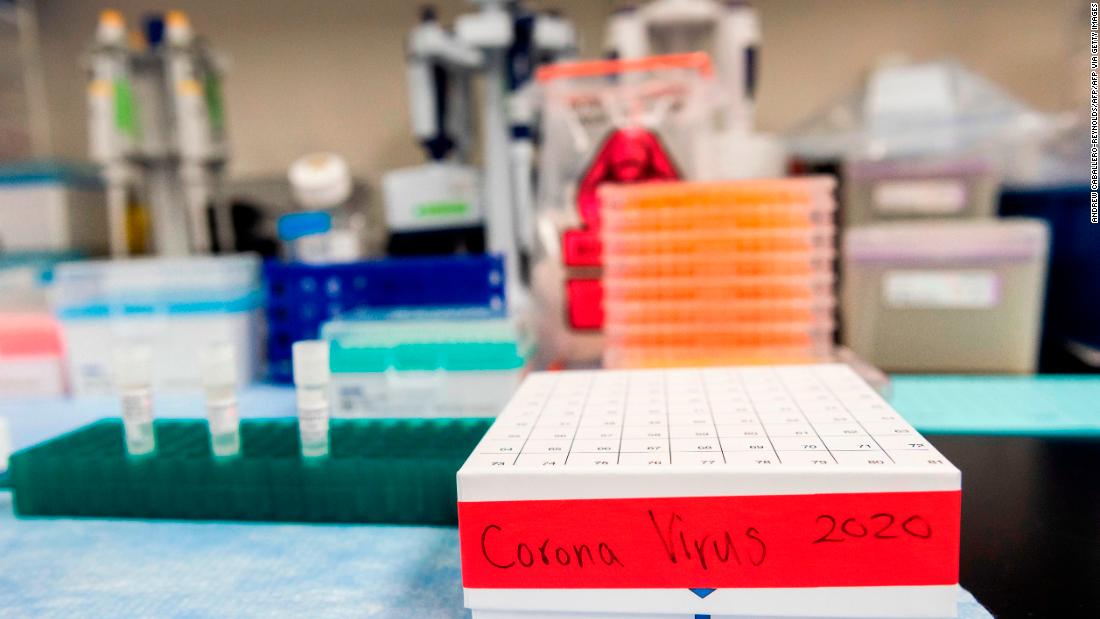 “It is now the dominant form infecting people,” Erica Ollmann Saphire of the La Jolla Institute for Immunology and the Coronavirus Immunotherapy Consortium, who worked on the study, told CNN.

Now the team has not only checked more genetic sequences, but they have also run experiments involving people, animals and cells in lab dishes that show the mutated version is more common and that it’s more infectious than other versions.

“We do know that the new virus is fitter. It doesn’t look at first glance as if it is worse,” Saphire said.

The mutation affects the spike protein — the structure the virus uses to get into the cells it infects. Now the researchers are checking to see whether this affects whether the virus can be controlled by a vaccine. Current vaccines being tested mostly target the spike protein, but they were made using older strains of the virus.

The study, published in the journal Cell, confirms earlier work suggesting the mutation had made the new variant of virus more common. The researchers call the new mutation G614, and they show that it has almost completely replaced the first version to spread in Europe and the US, one called D614.

No effect on patient survival

“Our global tracking data show that the G614 variant in Spike has spread faster than D614,” theoretical biologist Bette Korber of Los Alamos National Laboratory and colleagues wrote in their report. “We interpret this to mean that the virus is likely to be more infectious,” they added. “Interestingly, we did not find evidence of G614 impact on disease severity.”

This could be good news, said Lawrence Young, a professor of medical oncology at the UK’s University of Warwick, who was not involved in the study.

“The current work suggests that while the G614 variant may be more infectious, it is not more pathogenic. There is a hope that as SARS-CoV-2 infection spreads, the virus might become less pathogenic,” he said in a statement.

The team tested samples taken from patients across Europe and the US and sequenced the genomes. They compared these genome sequences to what’s been shared publicly. Comparing these sequences helped them draw a map of the spread of the two forms.

“Through March 1, 2020, the G614 variant was rare outside of Europe, but the end of March it had increased in frequency worldwide,” they wrote.

Even when the D614 form had caused widespread epidemics, in places such as Wales and Nottingham in England, as well as in Washington state, G614 took over once it appeared, they found.

“The increase in G614 frequency often continues well after stay-at-home orders are in place and past the subsequent two-week incubation period,” they added. There are a few exceptions, including the Santa Clara, California, area and Iceland, where the older, D614 form was never replaced by the newer, G variant.

The new version seems to multiply faster in the upper respiratory tract — the nose, sinuses and throat — which would explain why it passes around more easily, the researchers said.

But tests on 1,000 hospitalized coronavirus patients in Britain showed those infected with the new version did not fare any worse than those who caught the original strain.

David Montefiore of Duke University and colleagues tested the virus in the lab. “We were able to test whether the G form of the virus was more infectious than the D form,” Montefiore, director of the Laboratory for AIDS Vaccine Research and Development, told CNN.

“All the results agreed that the G form was three to nine times more infectious than the D form,” he added. “We now had experimental evidence that supported, in part, what Bette was seeing in her analysis of the sequences across the globe — the G form had a fitness advantage in terms of infectivity.”

The lab tests of the virus in action confirmed what the genetic maps had shown.

“These findings suggest that the newer form of the virus may be even more readily transmitted than the original form. Whether or not that conclusion is ultimately confirmed, it highlights the value of what were already good ideas: to wear masks and to maintain social distancing,” Korber said in a statement.

Other mutations often go along with the G614 mutation, but it’s not clear what effect they have. “The earliest sequence we detected that carried all four mutations was sampled in Italy on Feb. 20,” they wrote. “Within days, this haplotype was sampled in many countries in Europe.”

The G614 mutation can be neutralized by convalescent serum — the blood product taken from people who have recovered from a coronavirus infection, Saphire said. Her team tested blood donated by six coronavirus survivors in San Diego.

“We looked to see whether the range of antibodies in the blood of the people was just as effective at neutralizing the new virus as the old virus and it was. It was, in fact, a little better,” she said.

“That was a relief.”

The researchers had worried that if the new mutation made the virus grow faster and to higher levels, it would take more immune system effort to neutralize it. “In these six San Diegans, that wasn’t the case,” Saphire said.

More work is needed, of course, to solidify the findings and to see what the changes mean for the epidemic and for patients, the researchers said.

“There are potential consequences for the vaccines. We are actively investigating those possible consequences,” Montefiore said.

And, of course, they’re keeping an eye out for other mutations. “We might have dodged a bullet with this particular mutation, Saphire said. “However, that is not to say that another mutation couldn’t come on top of this one,” she added.

“It would behoove us to remain vigilant.”