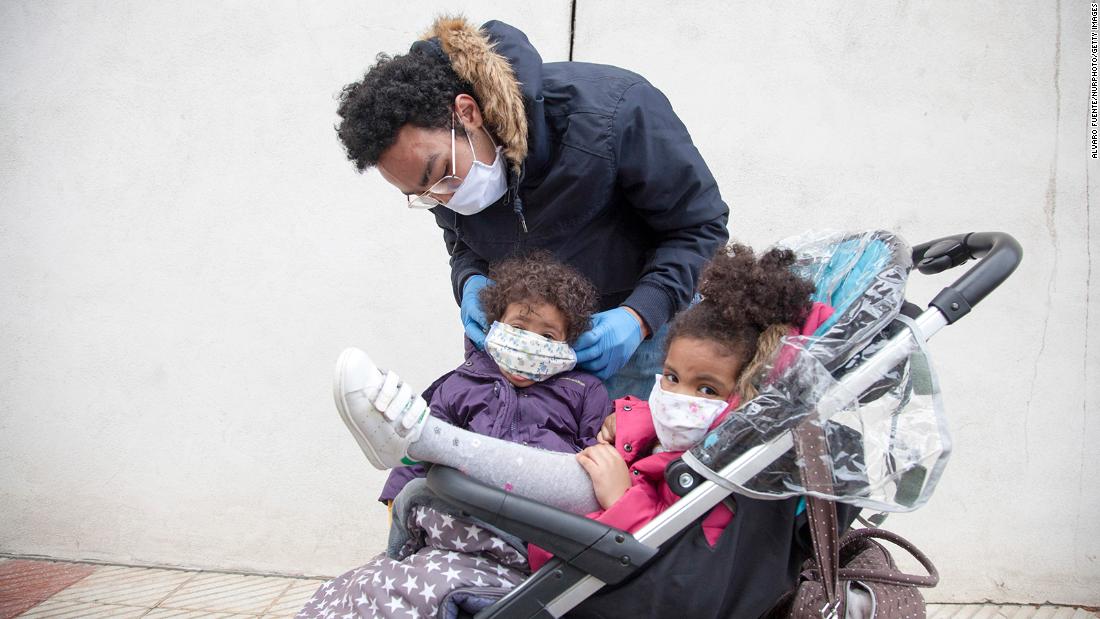 If we didn’t have enough to worry about already during this pandemic, parents now have another dire warning from medical experts. A rare inflammatory disease, similar to toxic shock syndrome and Kawasaki disease, is affecting children. Three children have died so far in New York, but dozens more are feared infected. Most of the children tested positive for coronavirus or had positive antibody tests.
Among other symptoms, Kawasaki disease causes inflammation of blood vessels, which can lead to limitations in blood flow to the heart or inflammation of heart muscle. Kawasaki is a leading cause of acquired heart disease in the United States, with complications that include coronary artery enlargement and aneurysms, according to the Centers for Disease Control and Prevention.

Parents are afraid, with good reason — especially if they are the parent of a black or brown child.

Much like Covid-19 that has been found to disproportionally kill and infect black and brown people, Kawasaki disease is also prevalent among African Americans. Though it is found in children of all races, it is more likely to be found in children of Asian and African American descent.
“KD has a clear genetic link. It is most common in the U.S. among persons of Asian or African descent”, wrote doctor Jane C. Burns in a 2017 study on how the disease affects African Americans. “But despite their apparent increased susceptibility, children of African American descent have been excluded from previous (Kawasaki disease) genetic analysis,” wrote Burns, the director of the Kawasaki Disease Research Center at UC San Diego School of Medicine and Rady Children’s Hospital – San Diego.

Burns is one of the few doctors in the nation studying the racial disparities of Kawasaki disease. But her clinical information is apparently not being shared with many parents as they try to navigate this pandemic. Just as the racial data surrounding the Covid-19 infections and deaths rates initially went unnoticed and underreported and now has become politicized, there has been little or no public warning from medical experts, or our government, about the higher rates of Kawasaki disease in black and brown children.

Sadly, I don’t need doctors to tell me of the painful truth.

As a toddler, my son almost died from Kawasaki disease nearly 20 years ago.

And for doctors who treated him, it was his golden-brown skin that helped delay his diagnosis. Emergency room doctors and his pediatrician failed to notice his skin rash and blue swollen fingers and toes. And instead they went strictly by the medical books, which then (and now) mostly warn of a “pink rash” and show photos of how the rash looks when present on white skin.

It apparently never occurred to any of them that a “pink” rash would present differently on brown skin. And though my son was showing known symptoms — an extremely high fever, skin rash and swollen fingers and toes, I was told me to go home, hydrate my baby and give him aspirin.

Like many other women, I was written off as a hysterical new mom. But I was having none of it.

Ironically, I’d been here before — feeling ignored or misunderstood by my doctors — an experience that contributes to the disproportionately higher maternal and infant mortality rates among black women. During my pregnancy, doctors failed to diagnose a severe case of poison ivy on my legs, which led to a gnarly staph infection, emergency delivery and a monthlong hospital stay for my baby and myself. Needless to say, alarm bells went off in my son’s case years later. Clearly, something was seriously wrong with him and I insisted that he get a full checkup.

My son and I got lucky. A young black medical resident was working when I brought him into the emergency room. As she walked over to me to help soothe us after we were told to go home, she noticed his rash and skin discolorations herself. And she was confident enough to take her concerns to the doctors, suspecting Kawasaki disease, sometimes called Kawasaki syndrome.

Turned out she was right. She saved my son’s life.

Today, though more is known about the disease, the same racial ignorance — whether intended, or not — is putting our kids at risk and preventing parents from getting critical information they need to protect their children.

A high temperature lasting over five days, a rash, swollen neck glands, dry cracked lips, swelling of the hands and feet, and redness in both eyes — those are the symptoms of Kawasaki disease that doctors warn parents to look for in their children. Parents are advised to seek immediate medical attention if they notice these symptoms.

“Trust your gut, when it comes to this condition and the symptoms that come along with this inflammatory-like disease,” she told me. “Listen to your children if they are feeling sick.”

Caudle said that if you notice and changes in your child’s behavior, if they are lethargic, have no appetite, have high fevers and skin discolorations or skin rashes, you should seek immediate medical care. She warns parents not to let a fear of exposure to the virus stop them from taking their child to the hospital in an emergency, or to their own doctor. Just remember, masks should not be worn by children under two years old or those with breathing problems.

Each day, together, we are all learning more about the Covid-19 virus. And overworked doctors, fearing for their own lives, must be applauded for the unimaginable sacrifices they’re making to save lives during this pandemic. Kawasaki disease is not easy to diagnose simply because the symptoms mirror so many other illnesses.

Caudle acknowledges that some doctors, as in my case years ago, may make mistakes, especially if they have little or no experience treating people of color. “It’s an ongoing issue that needs more discussion in the medical community,” she said. “A pink rash is going to look different on different skin tones.”

But she added that ultimately, doctors will depend on parents to help them identify Kawasaki disease. “You know how your child’s skin usually looks and if you notice a rash coupled with the other symptoms, share this information with doctors,” she urged.

Be persistent, is my own best advice. Because in this situation, mother — or father — knows best.