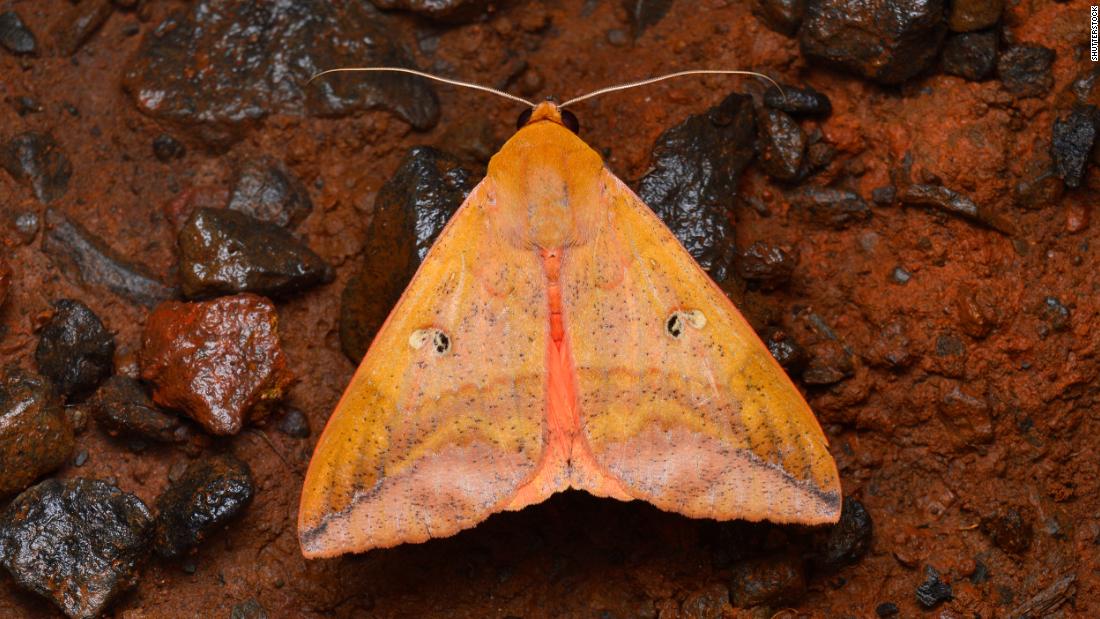 A new study, published this week in the journal Biology Letters, found that moths play a vital but overlooked role in pollinating flowers and plants overnight — visiting more plant species than even bees.

“[Nocturnal moths] complement the work of daytime pollinators, helping to keep plant populations diverse and abundant,” Richard Walton, an environmental scientist at University College London and lead author of the study, said in a news release.

“They also provide natural biodiversity back-up, and without them, many more plant species and animals, such as birds and bats that rely on them for food, would be at risk.”

The study comes as moth populations around the world are facing severe declines, Walton wrote in an email to CNN.

The findings are especially significant given that species of bees are also facing dramatic declines. If certain bee or butterfly species disappeared from the landscape, he said, moths could potentially fill in that pollination gap — which is critical to a healthy ecosystem.

“As we realize that they are important contributors to the pollination process, it becomes even more important to protect moth populations because we might be placing ourselves at risk,” Walton wrote.

Moths visited more plant species than bees and other insects

The team from University College London recorded bees, wasps, hoverflies and butterflies as they visited different flower species during the day, and compared those results against the pollen found on moths, which visit and pollinate flowers overnight.

The study was conducted around nine ponds in Norfolk, England, during March through October of 2016 and 2017.

The scientists did not directly measure pollination, the process that allows for fertilization and the production of seeds, but rather the earlier stages in the process such as flower visitation and pollen transport.

“In our study, what we found is that moths are carrying pollen from a lot of the same plants as the daytime pollinators, but there are more species of moths visiting these plants, so a lot more different individuals contributing to the start of the important process of pollination — visiting the flowers to feed on the nectar,” Walton wrote.

“We also found that moths were having a greater number of interactions with some of the same plants, such as white clover, visited by the daytime pollinators.”

The role of moths has been understudied

Walton said that future research would hopefully look at just how effective moths are at pollinating.

While much research has focused on bees, researchers said that the role moths play in pollinating plants hasn’t been studied nearly as much.

“Our study highlights an urgent need for them to be included in future agricultural management and conservation strategies to help stem declines, and for more research to understand their unique and vital role as pollinators, including their currently unknown role in crop pollination,” Jan Axmacher, another one of the study’s authors, said in the news release.

Still, this latest study provides encouraging news — the researchers found that moths transport pollen in a way that is similar to bees and hoverflies.

So what needs to be done to conserve moth species?

That, he said, is ultimately what all species need: a food source and a home.