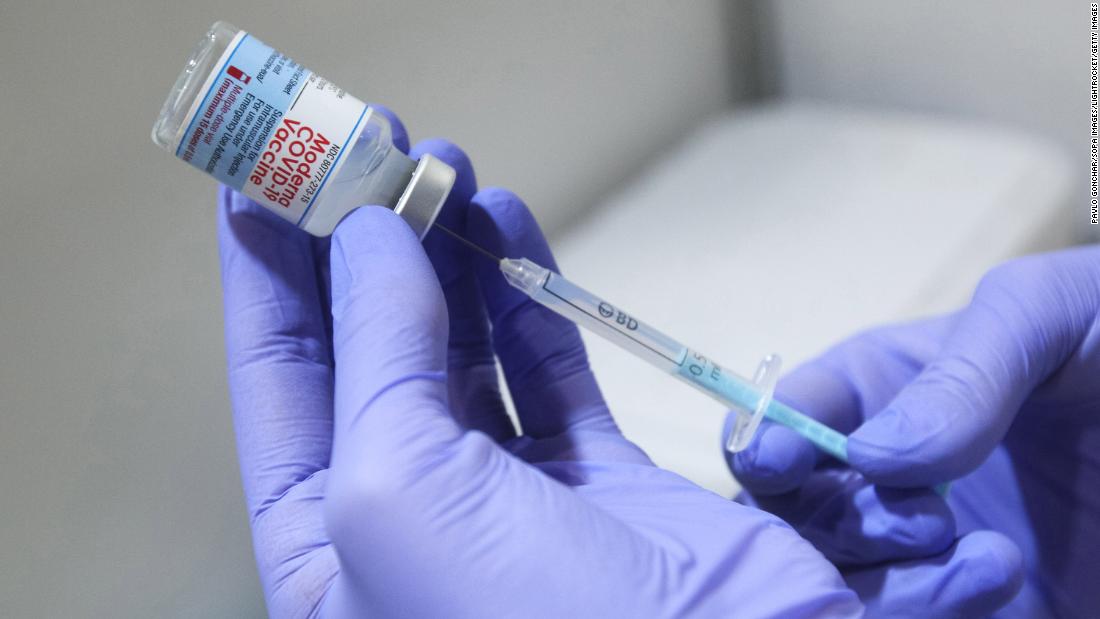 Protection against the Delta variant, now dominant across the US, barely waned, the National Institutes of Health-led team found. The team will continue to look for evidence of protection beyond six months.

“High levels of binding antibodies recognizing all tested variants, including B.1.351 (Beta) and B.1.617.2 (Delta), were maintained in all subjects over this time period,” immunologist Nicole Doria-Rose and colleagues at the NIH’s National Institute of Allergy and Infectious Diseases wrote in their report, published in the journal Science.

They tested blood from 24 fully vaccinated volunteers at several time points — four weeks after the first dose of the Moderna vaccine, and then at three points after they were considered fully vaccinated with two doses — up to six months out.

“At the peak of response to the second vaccine dose, all individuals had responses to all variants,” the team wrote. Two weeks after the second dose of Moderna’s vaccine, all the blood samples neutralized all of the variants, they found.

The variant most likely to elude immune protection was Beta, or B.1.351 — the variant first seen in South Africa. Six months after the second dose, just over half of blood samples maintained antibodies that fully neutralized Beta variant samples. But at six months, 96% of samples had a full antibody response against the Delta variant, the team found.

“Individuals who demonstrate waning immune responses over time are likely to have memory B cells capable of delivering an anamnestic (boost) response to those variants in the or potentially with an additional dose of vaccine,” they wrote.

They also found only a little evidence that immunity wanes faster in older adults. They divided their blood samples into group by age.

“Importantly, many subjects in the oldest group retained neutralizing activity against the variants six months after the second vaccine dose,” they wrote.

Different variants have different genetic mutations, so they tested those one by one, also. The main culprit in weaker immune response was the E484K mutation, which is seen in Beta, Gamma and Iota variants of the virus, but not in Delta.

“While additional studies will be needed to address the impact of new variants that will surely arise in areas of intense viral infection, our data are encouraging for the use of this vaccine in the face of viral variation,” they wrote.

The US Food and Drug Administration is poised to authorize booster doses for people who never had much of an immune response to the first two doses of Moderna’s and Pfizer’s vaccines — which use similar mRNA technology.

But US health officials say it is too soon to consider booster doses because of waning immunity.

“We believe sooner or later you will need a booster for durability and protection,” Fauci told a White House Covid-19 Response Team briefing Thursday.

“We do not believe that others, elderly or non-elderly, who are not immunocompromised need a vaccine right at this moment.”

Tests of Pfizer’s and Johnson & Johnson’s vaccines also indicate they provide at least six months of immunity, and likely longer.