Moderna’s coronavirus vaccine is 94.5% effective, according to company data 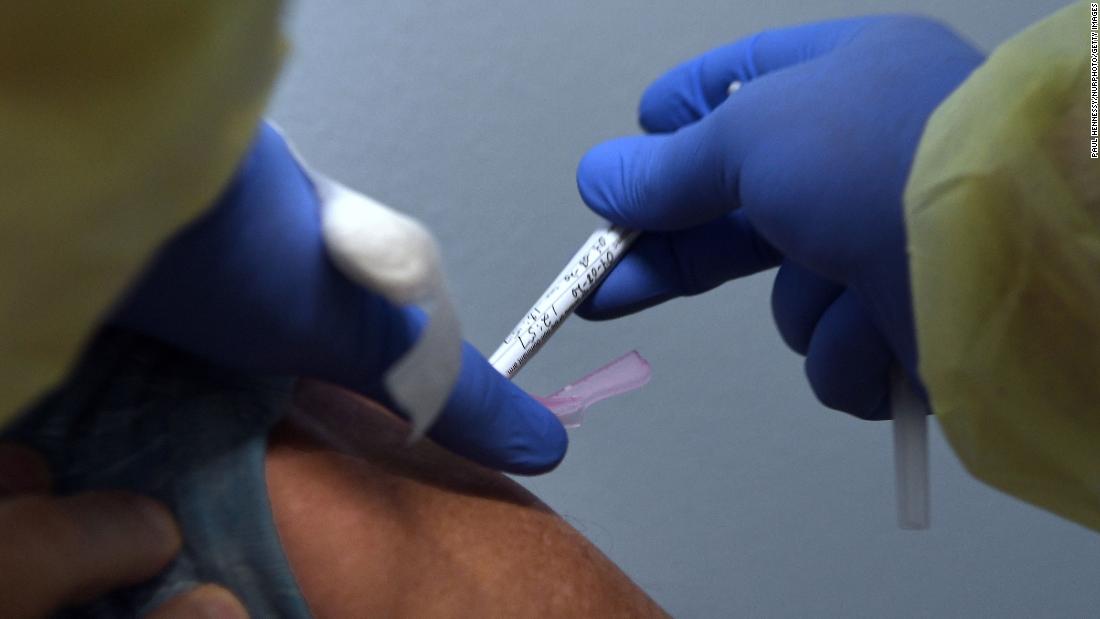 “These are obviously very exciting results,” said Dr. Anthony Fauci, the nation’s top infectious disease doctor. “It’s just as good as it gets — 94.5% is truly outstanding.”

Moderna heard its results on a call Sunday afternoon with members of the Data Safety and Monitoring Board, an independent panel analyzing Moderna’s clinical trial data.

“It was one of the greatest moments in my life and my career. It is absolutely amazing to be able to develop this vaccine and see the ability to prevent symptomatic disease with such high efficacy,” said Dr. Tal Zacks, Moderna’s chief medical officer.

Vaccinations could begin in the second half of December, Fauci said. Vaccinations are expected to begin with high-risk groups and to be available for the rest of the population next spring.

Last week, Pfizer announced that early data show its vaccine is more than 90% effective against the disease.

In Moderna’s trial, 15,000 study participants were given a placebo, which is a shot of saline that has no effect. Over several months, 90 of them developed Covid-19, with 11 developing severe forms of the disease.

Another 15,000 participants were given the vaccine, and only five of them developed Covid-19. None of the five became severely ill.

The company says its vaccine did not have any serious side effects. A small percentage of those who received it experienced symptoms such as body aches and headaches.

Moderna plans to apply to the US Food and Drug Administration for authorization of its vaccine soon after it accumulates more safety data later this month.

Initially, there won’t be enough vaccine for everyone. The highest priority groups, which include health care workers, the elderly, and people with underlying medical conditions, will get the vaccine first.

“I think that everybody else will start to get vaccinated towards the end of April,” Fauci said. “And that will go into May, June, July. It will take a couple of months to do.”

Pfizer’s and Moderna’s vaccines have similar results because they use the same technique to activate the body’s immune system.

The vaccines deliver messenger RNA, or mRNA, which is a genetic recipe for making the spikes that sit atop the coronavirus. Once injected, the body’s immune system makes antibodies to the spikes. If a vaccinated person is later exposed to the coronavirus, those antibodies should stand at the ready to attack the virus.

No vaccine currently on the market uses mRNA.

“There has always been skepticism about mRNA — it’s brand new and would it work?” Fauci said. “What we saw in the trials is there was no real safety concern, and the efficacy is quite impressive. We saw nearly identical results [with Pfizer and Moderna] and it almost really validates the mRNA platform.”

Research on mRNA began many years before the current pandemic. Fauci’s agency, the National Institute of Allergy and Infectious Diseases, has collaborated with Moderna on the development of its vaccine.

Both vaccines are given in two doses several weeks apart.

While the two vaccines appear to have very similar safety and efficacy profiles, Moderna’s vaccine has a significant practical advantage over Pfizer’s.

Pfizer’s vaccine has to be kept at minus 75 degrees Celsius. No other vaccine in the US needs to be kept that cold, and doctors’ offices and pharmacies do not have freezers that go that low.

Moderna’s vaccine can be kept at minus 20 degrees Celsius. Other vaccines, such as the one against chickenpox, need to be kept at that temperature.

That means Moderna’s vaccine can be kept in “a readily available freezer that is available in most doctors’ offices and pharmacies,” Zacks said. “We leverage infrastructure that already exists for other marketed vaccines.”