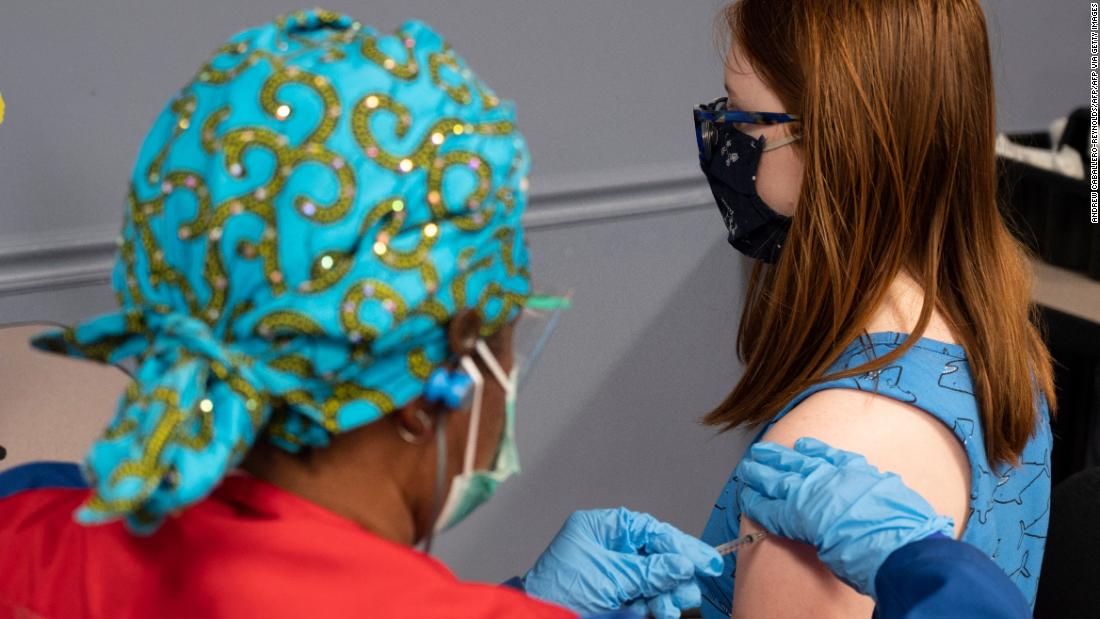 The study published Monday in the journal The Lancet Child & Adolescent Health looked at half a year’s worth of results from nearly 46 children who were treated for MIS-C, or what is also known in the UK as PIMS-TS, which stands for Pediatric Inflammatory Multisystem Syndrome.

Six months after they were discharged from the hospital, most children in the study didn’t seem to have a continuation of the severe symptoms that have been associated with this condition such as stomach problems, inflammation, heart abnormalities and neurological issues.

A few symptoms lingered for some children in that follow up period. Six children still had stomach problems. Two had some heart abnormalities. One child still had some systematic inflammation. Eighteen of the children had some small neurological abnormalities, but it didn’t seem to impact their ability to carry out everyday tasks.

An assessment of the children’s ability to walk found that 18 of the children were in one of the lowest percentiles for where they were supposed to be developmentally. However, the authors said since there was no comparison group of children who weren’t sick in the study, it’s unclear if this was MIS-C related. Some earlier studies have shown that the pandemic caused some children developmental delays.

The authors believe some of the children in the study may still need follow up for mental health issues. “Family trauma and anxiety were prominent in our cohort as a direct consequence of the affected child’s illness and familial association with a Covid-19 case,” the study said.

Some children also seemed to have difficulty exercising, due to persistent fatigue. Doctors and parents were encouraged to continue to closely monitor the children.

The authors said that since the study only looked at a small number of children who were at the one hospital, it would be important to expand the research to better understand if these results would be the same for all children who had MIS-C, including those that didn’t need to be hospitalized.

“These findings can hopefully signal cautious optimism that many of the most severe effects of (MIS-C) appear to resolve within six months,” said study co-author, Dr. Justin Penner who works in the pediatric infectious disease department at Great Ormond Street Hospital, the hospital that cared for the children in the study. “However, the persisting fatigue, difficulty exercising, and mental health effects we saw in some children, which can interfere with daily lives, must be closely monitored and patients should continue to be supported by medical teams with a range of specialisms.”

Dr. Bernhard Wiedermann, an infectious disease specialist at the Children’s National Hospital in Washington, DC who did not work on the study, but works with patients with MIS-C, said that while the study is small and many of the children were sick earlier in the pandemic when doctors didn’t know as much about how to treat them, the findings are important.

“I’m encouraged that there is this hard data that shows severe organ system damage didn’t seem to be prominent,” Wiedermann said. “It mirrors what we’re seeing here.”

His health system is working on a study in conjunction with the National Institutions of Health to understand “long haul symptoms.”

“Everybody is still trying to sort out as to how much of this is due to just the overall issue of being so sick, or is just related to being in a pandemic and what could be unique to MIS-C,” Wiedermann said.

They’ve started clinics to make sure children who have had MIS-C, as well as those who simply had Covid-19 infections, will get the resources they need long term.

“It’s much to early for us to say anything about the more neuro-psychological things, it’s been just a little over a year since we had our first case,” Wiedermann said. “But in general, most kids are doing pretty well.”

In Chicago, where Dr. Anne Rowley, an infectious disease specialist, works at the Anne & Robert H. Lurie Children’s Hospital of Chicago, the MIS-C cases peaked a little bit later than they did on the coasts and in London, but Rowley said so far they are seeing similar outcomes.

“We’re continuing to follow these patients, and will be seeing them at six months and a year. We have to, as with everything with Covid, have a little bit of caution until we know more, but we’re encouraged by what we are seeing so far,” Rowley said. “We haven’t had anyone with a significant problem in follow up.”

While Rowley is happy to see the results of this study, and happier that MIS-C is rare, “if it happens to your child, it’s devastating.” She hopes people will keep that in mind and get vaccinated.

“I am concerned that, as the number of Covid cases go down, that some people who are a bit vaccine hesitant may now think that they don’t need it at all,” Rowley said. “I feel like that may end up falling on the children then who can’t get vaccinated yet, because they’re too little to get the vaccine. So I hope people get vaccinated to protect themselves and the children.”