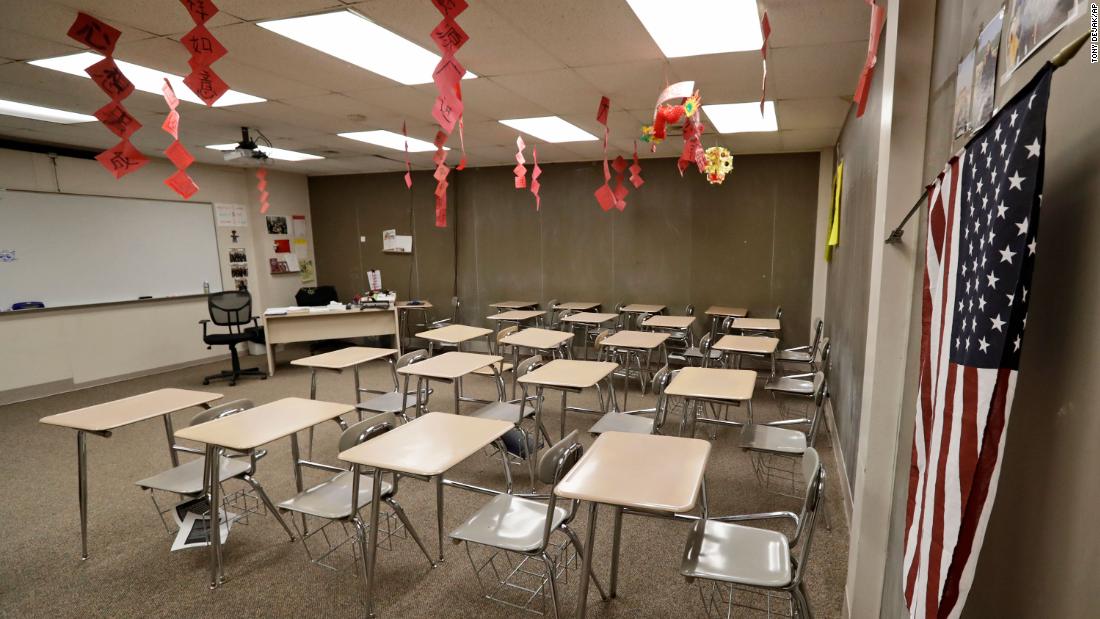 Millions of students are out of school. Some restaurants are prohibited from inviting patrons inside. And public entertainment venues are becoming harder to come by.

As US coronavirus cases have climbed — there are at least 3,485 cases and 65 fatalities — so too have efforts to prevent future spread. Social distancing, a preventative measure encouraged by health and government officials, is altering the way people in the US eat, work, study and socialize.
States including Illinois, Ohio and Massachusetts have placed restrictions on the operations of bars and restaurants to discourage people from gathering in close proximity of one another.

Illinois Gov. J.B. Pritzker is ordering all bars and restaurants to close to the public beginning Monday night until March 30, he said at a news briefing Sunday. Illinois officials are working with restaurant owners and food delivery services to coordinate so restaurants can keep kitchens open for food delivery, Pritzker said.

Similarly, Washington state will shut down bars, restaurants and recreational facilities in an effort to mitigate the virus, Gov. Jay Inslee said in a statement. He said he will sign the shutdown order and issue a ban on gatherings larger than 50 people on Monday.

Massachusetts, which had previously banned gatherings of 250 people or more, reduced that number to no more than 25 on Sunday.

NBA to Disney stores all shut down

In guidance issued Sunday night, the US Centers for Disease Control and Prevention advised the public to cancel or postpone gatherings of 50 people or more across the nation for the next eight weeks.

The National Basketball Association, National Hockey Association and the Major League Soccer have all had cancellations in their season and Broadway theaters have suspended New York City performances.
In addition to parks, all Disney stores and properties at Downtown Disney in California and Disney Springs in Florida will be closed as of March 17, Disney Parks, Experiences and Products announced in a statement on Twitter early Monday.

What does this mean for economy?

As measures to keep people in their homes and out of the public increase, the Federal Reserve announced Sunday that interest rates would be cut to near zero to “support the flow of credit.”

“These measures, which are essential to contain the outbreak will nonetheless… take a toll on the economy in the near term,” Federal Reserve Chairman Jerome Powell said.

The virus has had an impact on the economy despite good participation in the work force and rising wages for lower wage jobs, Powell said.

Despite the major slash to rates, an investor who helps to manage about $150 billion in assets at a high-profile firm said that the Federal Reserve cannot fix the strain that comes from people not leaving their homes.

While the public is being urged not to frequent other businesses, officials assured Americans that there is no need to hoard supplies from grocery chains.

“Supply chains in the United States are strong, and it is unnecessary for the American public to hoard daily essentials,” according to a readout of a conference call President Donald Trump had with grocery store and supply chain executives around the country, provided by White House Deputy Press Secretary Judd Deere.

“All of the executives are working hand-in-hand with the Federal Government, as well as State and local leaders, to ensure food and essentials are constantly available,” Deere said.

Travelers waited for hours at international Airports in New York, Texas and Chicago this weekend to get through health screenings upon their arrival into the US.

The Department of Homeland Security has clarified that the ban does not apply to American citizens, so US travelers will be allowed to return, provided they “have undergone appropriate screenings” beforehand.

Acting Department of Homeland Security Secretary Chad Wolf said Sunday that all 13 airports taking in passengers from Europe’s Schengen area now have a wait time of 30 minutes, but acknowledged that the lines over the weekend were “unacceptable” and that, particularly Chicago’s O’Hare, did not make necessary adjustments for the influx.

Customs and Border Patrol Acting Commissioner Mark Morgan announced Sunday that all locations would have an increase in staff to help process travelers.

Airlines have responded to the virus with measures including suspending service to some destinations and cutting flight capacity.

Delta Air Lines announced in a memo to employees obtained by CNN that due to the coronavirus, it is facing worse conditions and making deeper cuts than after the 9/11 terror attacks.

“The speed of the demand fall-off is unlike anything we’ve seen — and we’ve seen a lot in our business,” CEO Ed Bastian wrote in the memo.