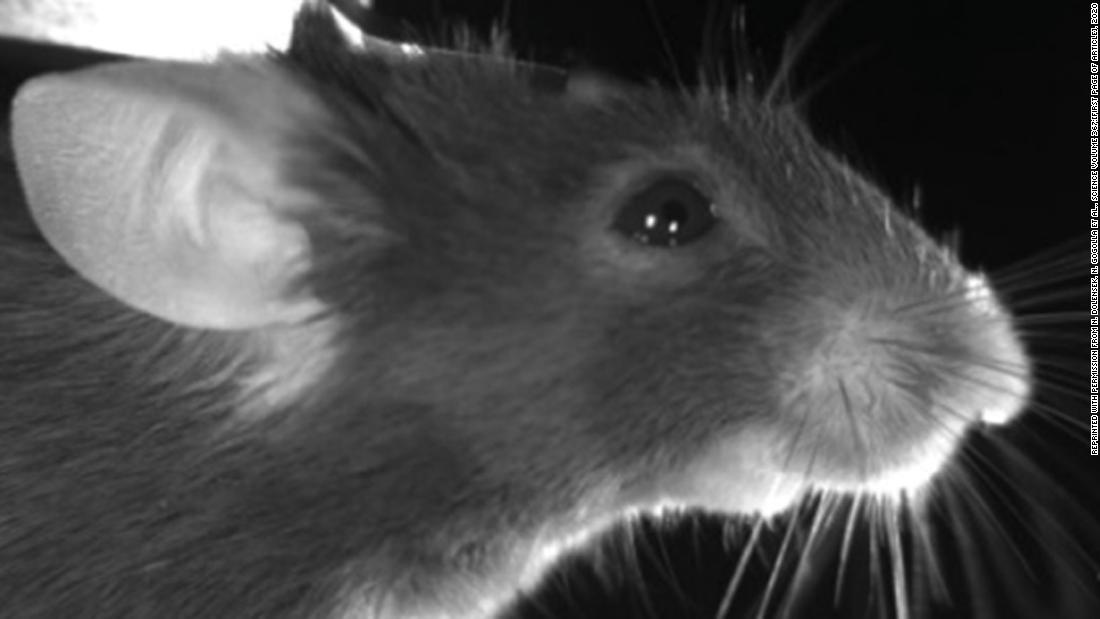 “Being able to measure the emotion state of an animal can help us identify the ‘how’ and ‘where’ in the brain, and hopefully get hints at how emotions arise in humans, too,” neuroscientist and study author Nadine Gogolla of the Max Planck Institute of Neurobiology told CNN.

Gogolla and her fellow researchers carried out a series of experiments with emotive mice and linked five emotional states — pleasure, disgust, nausea, pain and fear — to their facial expressions.

The results, published this week in the journal Science, could advance how we understand emotions — and they’re cute to boot.

How do you measure a mouse’s emotions?

First, the team stimulated mice to react in certain ways so they could observe how their faces changed. Drinking a sweet solution evoked pleasure, and drinking a bitter substance elicited disgust. A painful shock to the tail could incite fear, and a an injection of lithium chloride might have made them feel ill.

Not every mouse reacted the same way to the same stimuli, the researchers noted: A thirsty mouse expressed pleasure when drinking water more than a full mouse did. That’s a fairly nuanced reaction for such a small animal.

Close-up footage of the mice showed subtle changes in their facial expressions: When a mouse experienced pain, their noses drooped and their ears flicked down. When a mouse felt fearful, their ears ticked up and their eyes widened.

Observations alone couldn’t determine the intensity of those emotions, though. So the neurobiologists next built descriptors for what each facial expression would look like and trained a computer to detect them in under a second. This effectively “measured” the emotions, said Gogolla.

But emotions don’t arise just in response to stimuli, the researchers noted — they originate in the brain.

So the neurobiologists took a peek inside the mice’s heads using two-photon imaging, a type of microscopy that can penetrate tissue to show how living cells move and change. The team used light to activate neurons, nerve cells that transmit information from the environment throughout the body to cause a mouse to react.

The regions of the brain associated with emotions in humans lit up in mice, too: The anterior insular cortex, the region of the brain thought to be responsible for emotional feelings, was activated when a mouse’s face showed pleasure.

In the mice brains, neurons reacted with the same strength at the same time the mice “made a face.” This suggests that there are individual neurons that could be responsible for animals’ emotion, though this point requires more research, Gogolla said.

How this could help people

Neuroscientists don’t fully understand how emotions associated with anxiety and depression arise in the brain. Starting those studies with a mouse might give them a strong foundation, though, Gogolla said.

The most common medications for depression and anxiety interact with neurotransmitters in the brain, and some patients find relief through behavioral therapies.

But learning how and where emotions originate in the brain could improve the way physicians treat people with mood disorders.

“We hope that this will ultimately help us to understand how we can interfere with the activity in particular brain regions to ease (people’s) suffering,” she said.