Mental health: How to care for yourself during the pandemic 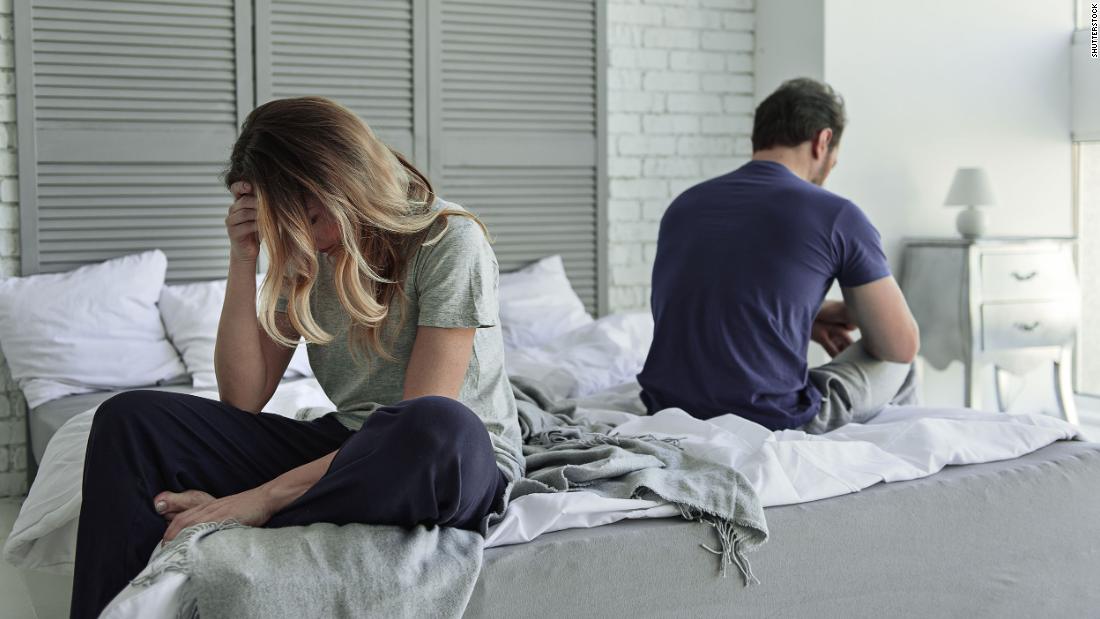 Most of us are stressed. Really stressed.

It doesn’t help that much of the advice we’ve gotten on how to protect ourselves from the virus has been unclear and worse yet, varies by city, state and even by country. And it’s often contradictory, experts say.

“The government’s response to the pandemic is clearly something that is driving stress,” said clinical psychologist Vaile Wright, the senior director for health care innovation at the American Psychological Association.

“What we know from research on previous pandemics is that psychological distress is increased when leaders provide inconsistent, unclear and non-scientifically based information to the people that they lead,” Wright said. “These inconsistent messages drive up stress and distress.”

A Monmouth University Poll conducted over the first week of May found 55% of Americans believed President Donald Trump has been largely inconsistent in his statements about the pandemic, often changing what he says about the coronavirus from day to day.

“People are looking for a steady hand in a crisis,” said Patrick Murray, director of the independent Monmouth University Polling Institute, in a statement. In the same poll, US state governors received widespread praise for the handling of the coronavirus outbreak, with 73% of Americans saying they are doing a good job.

“State officials and public health professionals have largely been consistent in their approach to the pandemic. This is one reason why satisfaction with their response has been high and stable throughout, unlike views of the President’s actions,” Murray said.

All this stress comes along at a time when parts of our society were already at risk.

“Even before the pandemic, our data was telling us mental health was moving in the wrong direction for young people,” said Kathleen Ethier, a social and behavioral scientist at the US Centers for Disease Control and Prevention, during a Thursday mental health forum.

“In the last 10 years we’ve seen increases in high school students saying they felt so sad and hopeless, they couldn’t participate in activities,” Ethier said.

Add in the stress of social isolation from friends and family and missing milestones such as birthdays and graduations, and pressure mounts, experts say.

“The health community has known for years isolation has a detrimental effect on mental health,” said The Carter Center’s Eve Byrd in the Thursday online forum.

Byrd directs the mental health programs at The Carter Center, where former First Lady Rosalynn Carter has long been a champion of efforts to reduce stigma and discrimination against people living with mental health and substance use disorders.

“Talking about and making it OK to talk about what you are experiencing — we need to model that for younger people and make sure they know that it’s OK,” Byrd said. “The pandemic increased that conversation for all of us, no matter our age or situation.”

How to tell if you need help

There are key signs you can look for, in yourself and in loved ones, that can signal growing anxiety, depression, panic attacks or potential suicidal behaviors.

Anxiety: Having difficulty concentrating, poor sleep, restlessness and irritability are signs that anxiety may be taking over your life in an unhealthy way, according to the American Psychological Association. Persistent or excessive worry about your health or finances, often feeling overwhelmed by emotions and a general sense that something bad is going to happen are more signals.

Panic attacks: At times, anxiety can spiral out of control, leaving you in a full-fledged panic attack. You may feel as if you’re having a heart attack: Your heart rate may speed up or pound in your chest. You may tremble, sweat, feel like you’re choking or have shortness of breath and feelings of dread.

Such attacks can happen suddenly, without warning, and leave some people “fearful about when the next episode will occur, which can cause them to change or restrict their normal activities,” the APA said.

Depression: Depression often begins with a lack of energy and interest or pleasure in daily activities. You may develop an inability to concentrate and feel worthless or guilty about an action or the lack thereof. Paradoxically, you can experience significant weight loss or gain a lot of weight; You can also either sleep all the time or develop insomnia and sleep little. You may even begin to think of death or suicide.

Signs of suicidal thoughts: Often triggered by a recent loss through death, divorce or separation, many of the signs that a person is at risk for suicide duplicate those of depression and anxiety: a loss of interest in friends or hobbies; changes in sleep patterns, eating habits and personality; low self-esteem, sadness, withdrawal, irritability and feelings of guilt or worthlessness,

People who are at risk for suicide may begin behaving erratically and talk about dying or harming themselves. They may show “no hope for the future, believing things will never get better or nothing will change,” according to the APA.

What you can do for yourself

“It’s not inevitable that people with chronic stress will have negative outcomes,” Wright said. “If you can identify the things that are in your control and then engage in healthy behaviors, you can mitigate some of that stress.”

Just what is in our control during a time when we know so little about the outcome of the pandemic?

“The three things that are in your control are your thoughts, your feelings and your behaviors,” Wright explained. “Focus on those, identify things that are unhealthy and try to transfer them to beliefs that are healthier, then that’s you taking an active approach to managing your stress.”

Choose healthy behaviors. Instead of sitting on that couch, go outside and get some fresh air, sunshine and exercise, experts suggested. Exercise naturally creates endorphins, the body’s feel-good hormones. Eating healthy, staying away from excess alcohol (a depressant) and getting plenty of sleep will also put your body — and mind — in a better mood.

But how can one do that appropriately and safely during this time? “Pay attention to what your local reopening plan is, what is allowed and what’s not allowed,” Wright suggested. “Then it really becomes a question of your own personal risk-benefit analysis.”

If you’ve been taking care of your health, working and sheltering at home with the same family or friend unit, keeping 6 feet away from others outside, wearing a mask and avoiding people at the grocery store, it may be safe to meet a friend who’s done the same for a 6-feet apart walk in the park with a mask, Wright said.

“However, if I’m immunocompromised, or have elderly parents living with me, then my risk of making myself or my parents ill increases and may decrease my desire to want to engage in that behavior,” she added.

For many of us, the smart choice is to remain as isolated from the masses as possible. But that doesn’t mean you have to give up on social connections.

“Instead of just relying on social media, we can make a list of the 10 or 20 people that we care the most about and put them in our phone on a rotating basis. We’re going to call one of those people every day,” said trauma psychologist Shauna Springer, who has spent a decade working with military veterans suffering from post-traumatic stress disorder, also known as PTSD.

Next, Springer suggested adding more people from our outer ring of friends and associates that we may not be as close to and put those people into that daily call rotation. That’s especially critical if you think those people may be especially isolated right now.

“Reaching out and connecting with people, especially those who are especially isolated, and giving them space to talk about their experience and anxiety during this unprecedented time of anxiety and then sharing our own experience is how we will get through this,” she said. “When we connect, we survive.”

Search out support. “Look to the people in your own life that can be supportive and can help you,” said the CDC’s Ethier. “Find people who can listen and help support you and also tell you their own stories.”

If that isn’t possible, there are federal, state and local resources. Of course, if the situation is potentially life-threatening, get immediate emergency assistance by calling 911. If it’s not, then “start with the distress hotlines,” Ethier said. “They are really good, and go way beyond what we think of as suicide hotlines.”

The Substance Abuse and Mental Health Services Administration, or SAMHSA, has a national helpline — 800-662-HELP (4357) — which provides free, confidential treatment referral and information in English and Spanish 24/7 every day of the year.
The American Psychological Association also has a webpage of resources for suicide, substance abuse and domestic violence

Seek ongoing therapy. If you have health insurance, getting therapy has never been easier. Most clinics and therapists are offering phone or video telehealth visits. Many employers are offering free access to therapists as part of their employee benefit plans, and many communities have mental health centers with sliding scale fees.

Many people don’t choose to go to therapy, said experts, because they believe that makes them “weak” or feel it would be too invasive.

“The general public does not understand what therapy means,” said Byrd. “They might say, ‘Oh my gosh, I am not going to be laying on a couch telling my deepest, darkest thoughts. That’s frightening.'”

But that’s not what therapy is, Byrd added. “Therapy is really an educational activity,” and a therapist’s role is to “help you think about different ways to react to situations” and “more positive ways of interacting with individuals.”

The good news today, experts said, is that there are a growing number of celebrities speaking out about their personal struggles with mental health, which is encouraging a greater number of people to speak up on social media.

It’s OK not to be OK sometimes. In some ways, our national stress over a deadly virus has brought us together, and makes all of us aware of how fragile we can be, in both body and mind.

“We’re all under a great deal of stress,” Byrd said. “It’s OK not to be OK sometimes. But what is not OK is if we don’t do something about it.”