Mars samples: The long road back to Earth 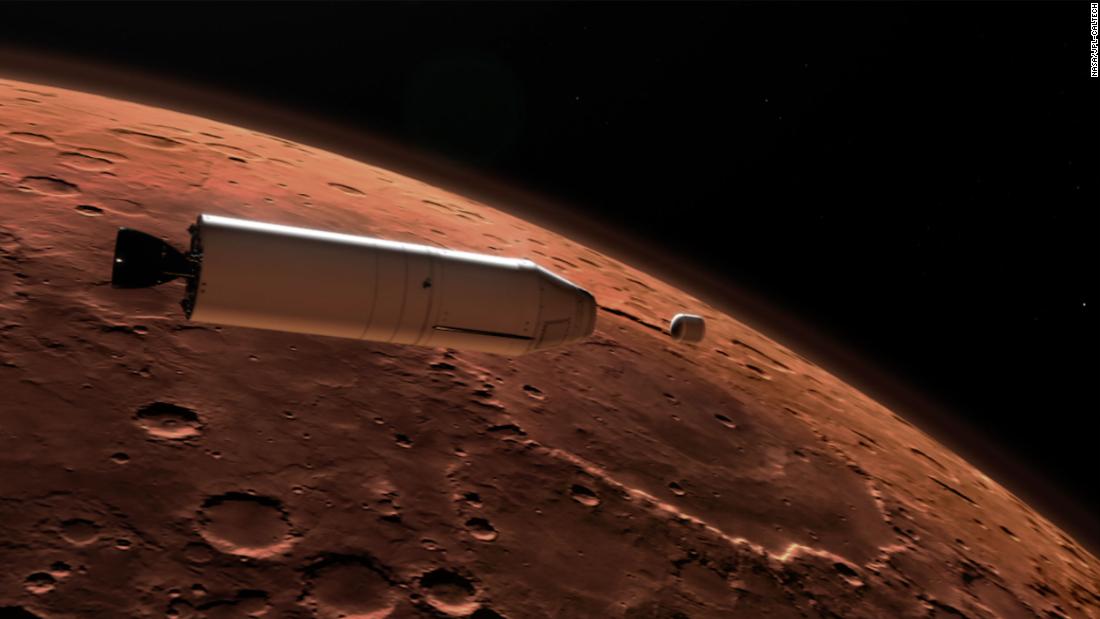 It’s the site of an ancient lake bed and river delta that existed between 3 and 4 billion years ago — when Mars was warmer, wetter and habitable for potential life.

The complicated route to the Mars Sample Return mission involves NASA collaborating with the European Space Agency and international partners. And given the difficulty of this multi-pronged return journey of the samples, they won’t land on Earth until 2031, at the earliest.

“Perseverance is the first step in the first ever round trip mission to another planet in our solar system,” said Lori Glaze, director of NASA’s Planetary Science Division at NASA Headquarters in Washington, during a press conference. “Scientists have wanted a sample of Mars to study for generations. Now, we’re at a point to begin to attempt this amazing feat.”

Roving back in time

Unlike Earth, Mars doesn’t have a “young surface” because it’s not active in the same way our planet is with moving plate tectonics, volcanic eruptions and other processes that tend to erase the history sitting on Earth’s surface. So when Perseverance roves across Jezero Crater, it will be able to observe and sample the well-preserved past of Mars.

Scientists estimate that water filled the impact crater to form a lake about 3.8 billion years ago — right when life was starting on Earth, according to Briony Horgan, member of the Perseverance science team and associate professor of planetary science at Purdue University. The lake was half the size of Lake Ontario (which is 53 miles wide and has an average depth of 283 feet) and almost as deep.

The river delta, which resembles the Mississippi River delta, once fed into the lake and signifies that the lake persisted for a long time. On the other side of the lake bed, a river channel can be seen where water carried away from the crater.

The delta may be the most intriguing area for Perseverance to explore because it preserves the bottom of the lake — mud, organic materials, signs of ancient life and potentially even fossils of microbes could be preserved in the bottom of the delta, Horgan said.

Based on images provided by the Mars Reconnaissance Orbiter, which was launched in 2005, scientists already know there are interesting minerals around the rim of the crater called carbonates. On Earth, carbonates preserve the fossils of ancient life. These carbonates mark what scientists believe was once an ancient shoreline for the lake. When water precipitated here, it could have helped fossilize life or organic molecules signifying it in the form of carbonates.

First, Perseverance will explore the river delta, followed by the crater rim, and eventually, “drive out of the crater and explore the wonderland of the earliest history of Mars,” according to Benjamin Weiss, a professor of planetary sciences at the Massachusetts Institute of Technology and one of the Returned Sample scientists for Perseverance. Weiss is on a team that will make determinations of where and when to collect samples — and hopes to analyze them once they return to Earth.

Perseverance has a sophisticated system to collect samples, cache them and stow them on the Martian surface. And in order to do this, its hardware had to be meticulously cleaned on Earth to prevent any potential contamination of the Martian site with microbes from Earth — or provide a false positive for potential life on Mars.

“It’s the cleanest system we’ve ever launched,” said Matt Wallace, Perseverance deputy project manager at NASA’s Jet Propulsion Laboratory in Pasadena, California. “The science community is looking for trace signatures from billions of years ago. We don’t want to confuse that search.”

While Perseverance has the ability to fill 43 sample tubes over the course of its two-year exploration of the 28-mile-wide crater and the surrounding area, there will only be space for 31 of the tubes to return to Earth.

So the science team, which includes hundreds of people, will have to work together on when and where to collect samples. The difference in the amount of samples the rover can collect versus the ones that will return provides the scientists with some wiggle room should they decide to abandon one sample for a better one.

But once filled, the tubes cannot be emptied.

“The key for this mission will be identifying samples so compelling that we can’t afford to leave them, so it is imperative that missions have to go get them,” Weiss said. “We are selecting these for humanity, so we need to make sure they are the most exciting.”

The scientists will be looking for patterns or textures in rocks that act like records of life — similar to some of the oldest known rocks on Earth in Western Australia from 3.48 billion years ago.

Perseverance’s science team actually visited and studied these rocks to prepare for the mission. For example, microbes existing at the bottom of a body of water form a film that creates a distinct layer between the water and mud.

“The best place to look for life is a place where you think life could have existed,” said Ken Farley, project scientist for Perseverance at the California Institute of Technology. “The current surface of Mars is too cold and too dry for any life we know about to exist. Billions of years ago, it was much warmer with water on the surface. Rocks deposited at that time were in habitable environments and they record them.”

Lunar samples returned to Earth by the Apollo missions have changed our understanding of the moon over the last 50 years, including how it may have formed.

Weiss has worked on research using the samples collected during the latter years of the Apollo program. Some have remained sealed for 50 years until new technology and instruments were developed to help better understand them.

Weiss wants the same approach to be taken regarding samples from Mars.

“We can’t get trapped by selecting samples just based on what current instruments can measure,” Weiss said. “We can’t conceive what instruments can be like 100 years from now. But if we sample from places that may be habitable, that will keep them interesting for years to come.”

Returning the samples to Earth

Collecting samples on the Mars surface is just the first step.

“It’s a really complex concept to bring them back,” Glaze said. “It will require multiple steps and multiple launches.”

Although the timeline seems extended, compared to the normal pace of missions launching to Mars for seven-month journeys when it’s aligned with Earth on the same side of the sun, these launches are targeted to establish the right orbits, arrival times and departures from Mars based on necessary timing and even the seasons.

In 2026, NASA and ESA will launch the Mars Ascent Vehicle lander and rocket carrying the Sample Fetch Rover. Perseverance will witness and share images of the landing of this spacecraft on Mars when it occurs in 2028 — a first.

The lander will release the fetch rover on the Martian surface. This small rover, similar to NASA’s earlier rovers, will collect the samples and carry them back to the lander. It’s possible that Perseverance could also deliver the samples itself.

The fetch rover will need to work quickly over the course of eight months during the Martian spring and summer before winter’s dust obscures the atmosphere. This lightweight “Martian dune buggy” will be designed for speed to accomplish its goals, said David Parker, director of human and robotic exploration at the European Space Agency.

The samples will be transferred to the ascent vehicle and it will blast off from the surface of Mars — another first that will be witnessed by Perseverance.

The ascent vehicle will rendezvous with an ESA spacecraft orbiting Mars and shoot out a football-size container holding the samples. The ESA orbiter will capture the container during this pass between spacecrafts and head back toward Earth.

Close to Earth, a NASA payload on the orbiter will put the container of samples in an entry vehicle that can be deployed from the orbiter and land the samples on Earth in 2031.

The samples will land in Utah and be transported to a type of facility usually associated with the handling of biohazards.

Then, scientists from around the world will be able to study and analyze the chemical and physical properties of these rock and soil samples for Mars, searching for signs of past life.

“This is the manifestation of a lot of dreams and aspirations by scientists,” said Thomas Zurbuchen, associate administrator of NASA’s Science Mission Directorate. “Samples from Mars have the potential to profoundly change our understanding of life.”