Marijuana use during pregnancy linked to autism in babies, study says 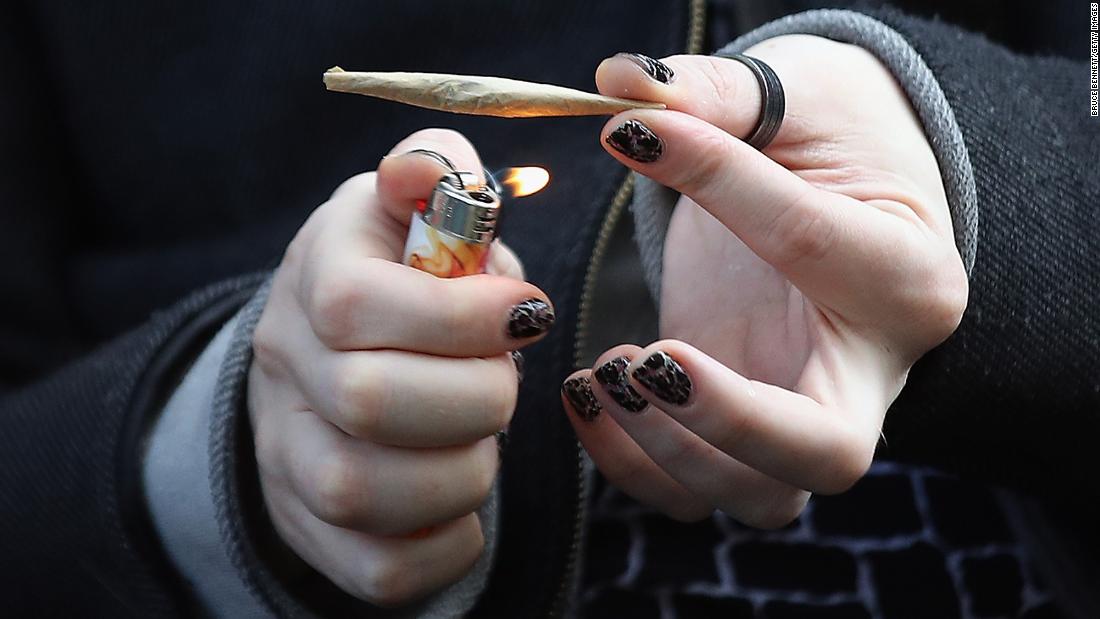 “These are not reassuring findings. We highly discourage use of cannabis during pregnancy and breastfeeding,” she said.

“Based on that, I’m not too surprised by these findings,” El-Chaâr said. “Fetal brain development occurs throughout all gestational ages.”

The study, published Monday in the journal Nature, reviewed data from every birth in Ontario, Canada, between 2007 and 2012, well before recreational marijuana was legalized in Canada in 2017. Of the half a million women in that data pool, researchers then narrowed the study to 2,200 women who said they used only marijuana during pregnancy, without mixing it with tobacco, alcohol or opioids.

The study did not capture the amount and type of marijuana the women used during pregnancy. Nor did the study know when during the pregnancy or how often women used it. And while the study could only show association, not cause and effect, researchers said they did their best to eliminate confounding factors.

Weed use during pregnancy growing

As weed becomes legalized and more socially acceptable, health care researchers worry that moms-to-be might think it’s fine to use to treat morning sickness or use recreationally, despite the lack of research on long-term impacts on a fetus.

Women also chose to use marijuana to avoid medications they felt were more harmful to their baby, such as anti-nausea pills, anti-psychotic medications and opioids, a small study of pregnant women by Washington State University researchers found.

Pain management, El-Chaâr said she hears from expecting mothers, is the most common reason for use of marijuana.

“It helps with different conditions that they may have or for nausea and vomiting in pregnancy,” El-Chaâr said. “Some people (said) they use (it) for sleep or for stress reduction. Still others use it recreationally; it’s just part of their routine.”

Use of marijuana by pregnant women has been growing in the United States in recent decades. An analysis last year of over 450,000 pregnant American women ages 12 to 44 by the National Institute on Drug Abuse found cannabis use more than doubled between 2002 and 2017.

The vast majority of marijuana use was during the first three months of pregnancy, the study found, and was predominantly recreational rather than medical.

Yet the first trimester may be one of most sensitive times for the developing brain of a fetus, when it’s most susceptible to damage, El-Chaâr said. Studies have found receptors for cannabis in the brains of animals as early as five and six weeks of gestational age, she said.

“You can hypothesize that if there are cannabinoid receptors and the baby’s brain is exposed, it may have (an) effect on brain development,” she said.

Any woman using marijuana and discovers she is pregnant should immediately discuss her use with her doctors, experts say. Yet many young women aren’t honest, studies have shown. One study of women 24 years old and younger found they were about twice as likely to screen positive for marijuana use than they stated in self-reports.

The self-reported prevalence of marijuana use during pregnancy ranges from 2% to 5% in most studies, according to the American College of Obstetricians and Gynecologists.

“Pregnant women or women contemplating pregnancy should be encouraged to discontinue use of marijuana for medicinal purposes in favor of an alternative therapy for which there are better pregnancy-specific safety data,” ACOG states in its recommendations.

“There are insufficient data to evaluate the effects of marijuana use on infants during lactation and breastfeeding, and in the absence of such data, marijuana use is discouraged.”