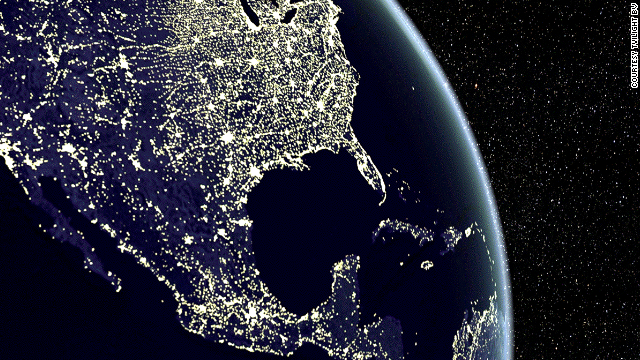 Blocking indoor light to keep your body in sleep mode is one of the first things any sleep expert will tell you to do for better sleep. Now, you may want to use light-blocking curtains at your bedroom windows as well — especially for any children in your home.

A new study, published Wednesday in the journal JAMA Psychiatry, finds adolescents who live in areas with high levels of outdoor artificial light at night get less sleep and are more likely to have a mood disorder than teens who live with low levels of outdoor light.

Research has long studied the association between indoor artificial light and mental health, but few studies have looked at the impact of outdoor artificial light, especially in teens, making this the first study of its kind, the authors said, with “potentially long-term implications for mental and physical health.”

“Although environmental light exposure is only one factor in a more complex network of influences on sleep and behavior, it is likely to be an important target for prevention and interventions in adolescent health,” said co-author Kathleen Merikangas, a senior investigator and chief of the Genetic Epidemiology Research Branch at the National Institute of Mental Health, in a statement.

When our internal 24-hour body clock, called our circadian rhythm, is disrupted by a change in sleep patterns or a sleep disorder, it impacts both our physical and mental health. Science has linked poor slumber with high blood pressure, a weakened immune system, weight gain, a lack of libido and a higher risk of diabetes, stroke, cardiovascular disease, dementia and some cancers.

Secretion of the sleep hormone melatonin begins at dark. Research has found that the body will slow or stop melatonin production if exposed to light.

Although preteens and teens need more than nine hours of sleep a night, they are the least likely to get enough rest, partly due to today’s technology lures of social media and smartphones and late-to-bed habits.

More than 90% of high school students in the United States are chronically sleep-deprived, with 20% getting fewer than five hours a night, according to a Sleep in America poll.
According to a study from the US Centers for Disease Control and Prevention, sleep deprivation sets teens up to engage in more risky behavior, such as drinking, texting while driving or not wearing a seat belt or helmet, compared with those who get at least nine hours a night.
Previous studies on teen sleep found that fewer than eight hours a night was also associated with obesity, migraines, sexual activity, substance abuse, lack of exercise, feelings of depression and thoughts of suicide.

The new study collected data on mental health issues and sleep patterns from more than 10,000 teens participating in the National Comorbidity Survey Adolescent Supplement, the first government study designed to capture a nationally representative estimate of the types and prevalence of mental disorders in American teens.

The study analyzed data on adolescents between the ages 13 and 18 that was recorded between 2001 and 2004. Teens filled out sleep and mental health questionnaires, and the results were cross-referenced with average artificial light levels for their homes collected via satellite images.

Not only did teens in cities with higher levels of artificial outdoor light go to bed later and sleep less, they also were more likely to have a mood or anxiety disorder. Specifically, teens exposed to higher light levels were more likely to be diagnosed with bipolar disorder or a specific phobia, the study found.

There was a racial and social-economic disparity as well, the study found. Levels of nighttime artificial light varied according to factors such as population density and socioeconomic status — teens from immigrant or racial or ethnic minority groups who lived in lower income families were more likely to live in areas with high levels of outdoor light at night.

“These findings illustrate the importance of joint consideration of both broader environmental-level and individual-level exposures in mental health and sleep research,” said study author Diana Paksarian, a postdoctoral research fellow at the National Institute of Mental Health, in a statement.