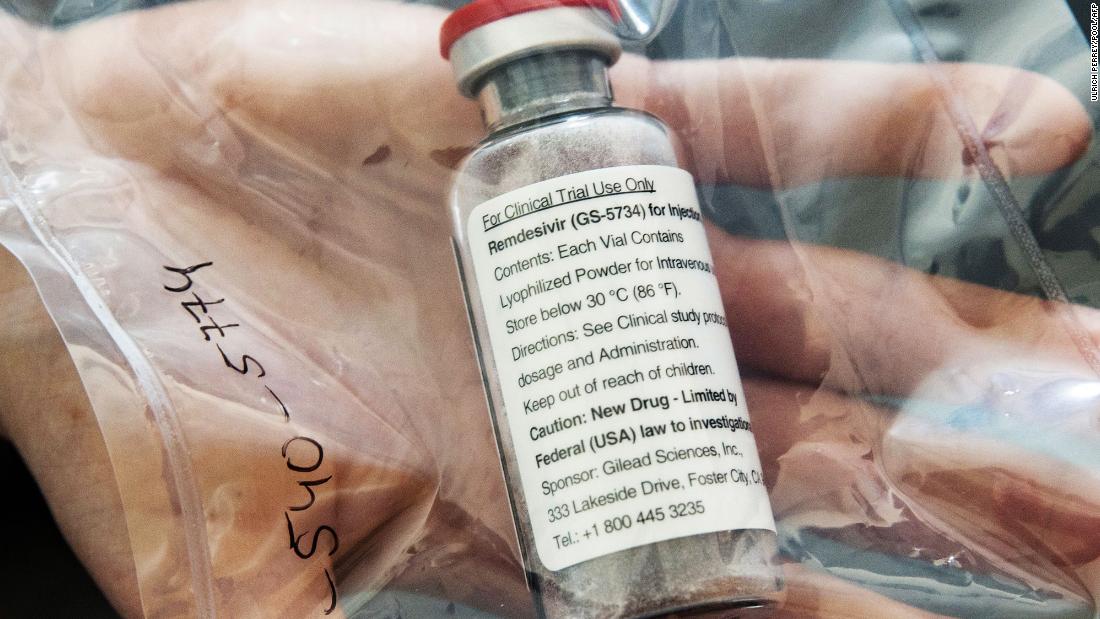 Rep. Lloyd Doggett, a Texas Democrat who chairs the House Ways and Means health subcommittee, said on Wednesday that the government’s “distribution of remdesivir seems akin to winning the lottery — a random stroke of luck rather than a medically-informed decision.”

His comments came in a letter addressed to US Health and Human Services Secretary Alex Azar, whose agency is distributing the drug. HHS has said the United States has enough remdesivir for about 78,000 hospitalized patients, but officials have never said how they’re deciding who gets the drug — and how much.

In his letter, Doggett explicitly asked Azar to provide the “formula HHS used to determine which states would receive how many doses of remdesivir and the delivery schedule for these doses.”

The drug’s benefits are modest, but remdesivir is the first therapy shown in a rigorous trial to have some effect against Covid-19 — shortening a patient’s hospital stay by about four days. The US Food and Drug Administration authorized the drug for emergency use on May 1.

Unclear how officials are deciding where to send the drug

The federal government originally directed remdesivir to select hospitals in a small number of states, but it was unclear why some received the drug while others — even in the same hard-hit areas — got nothing. After criticism, HHS backtracked on that plan and decided to ship remdesivir to state health departments to manage.
But those shipments have raised even more questions. California’s initial allocation, for example, is just 30 cases of remdesivir, or 1,200 vials, according to a document published Tuesday by the state’s health department. That’s enough to treat 200 patients at most — and it’s the same amount given to hospitals in Rhode Island last week.
The maker of remdesivir, Gilead Sciences, has said it has 1.5 million vials of the drug on hand — enough for between 100,000 to 200,000 patients. As the company works to manufacture more, 607,000 vials have been donated to the US, according to HHS.

Gilead has said it plans to provide the drug internationally, but it’s unclear how countries plan to divvy it up. In his letter, Doggett requested the “formula used to determine how the U.S. was allocated approximately 40% of the available supply and which other countries received how many doses.”

Doggett also called on Azar to describe any agreements between the US government and Gilead, such as for future doses of remdesivir.

In a call with the nation’s governors on Monday, Azar said remdesivir would in fact be going to all 50 states. “The shipments currently scheduled amount to approximately 75,000 of the 607,000 vials donated,” Azar said, according to audio of the call obtained by CNN.

He also appeared to acknowledge the government’s early missteps with the drug. “The administration heard that on the first couple of distributions — supplies were not always getting to hospitals most in need,” Azar said.

Testifying before Congress on Tuesday, FDA Commissioner Dr. Stephen Hahn said: “I think we can all agree upon the fact that we’ve learned a lot of lessons from the remdesivir situation.”