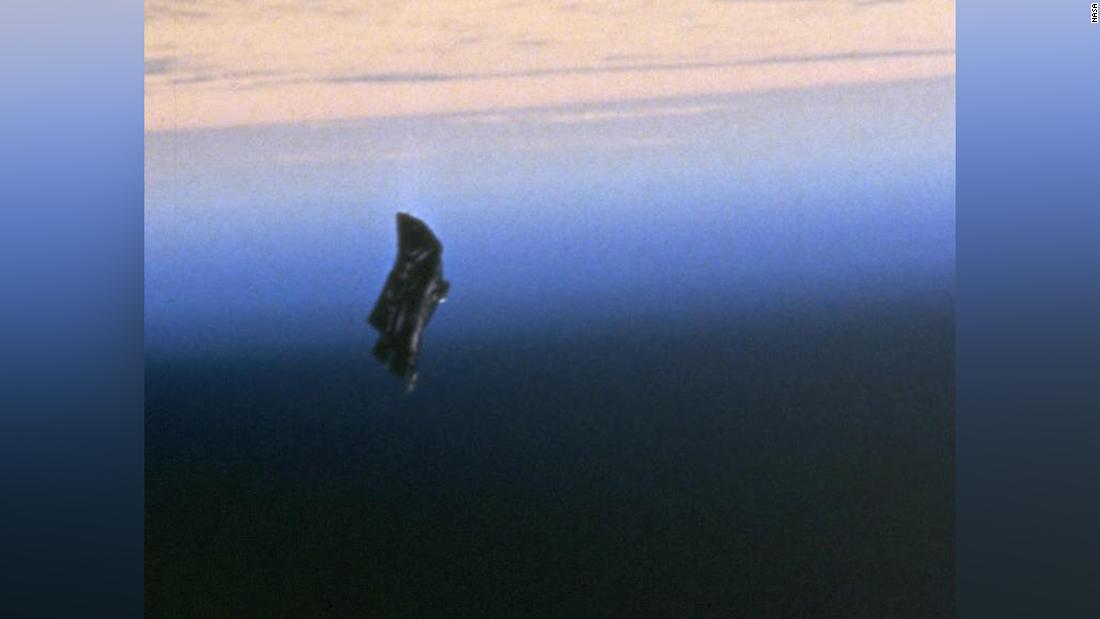 With just a few minutes’ warning, a field of space debris comes hurtling toward the team’s space shuttle, disabling the craft and killing the remaining crew aboard. The survivors, played by Bullock and George Clooney, then set off on a high-stakes plan to take refuge on the International Space Station, hundreds of miles away, using their suits’ propulsion systems to transport them.

Nightmare scenarios like that one might keep astronauts and space mission planners up at night. These scenarios could also become a lot less likely, according to a new study published Tuesday in the journal Nature Communications.

A more precise and versatile technique for detecting space debris was outlined by researchers from the Austrian Academy of Sciences, so that devastating space collisions will firmly remain in the province of science fiction.

At present, the few space debris laser detection stations in the world are primarily effective for a few hours each day, around twilight, just when it’s dark at satellite ranging stations around the world and while debris in space is still lit up by the sun.

But the Austrian team said they’ve pioneered a way to “visualize space debris target(s) in daylight,” which could dramatically expand the potential observation time for researchers around the world to visualize and precisely map the trajectories of each piece of space debris.

“One of our conclusions is that it is important that more stations worldwide connect to help create better predictions,” said Michael Steindorfer, a postdoctoral researcher at the Space Research Institute in Austria.

That data could help create a brighter space future for all of us.

While using laser ranging to detect bodies in orbit is common for satellites, it’s a trickier prospect for tracking debris, in part because a discarded object in space, such as an old rocket body, tends to not be equipped with reflectors that help bounce light back to research stations on Earth.

“The target needs to be lit by sunlight and cannot be in Earth’s shadow,” Steindorfer said.

With so much interference from bright sunlight, it’s incredibly difficult for space debris tracking stations to visually see the object and to pick up light reflecting from an otherwise dark celestial object. Those constraints have given researchers their very narrow window for detecting space debris.

Steindorfer and his team said they’ve found a way around the problem.

First, he and his team calibrated their telescopes by observing stars of varying magnitude, or brightness, to make sure they could visually see the objects in orbit.

Next the scientists developed a computer program that could detect the illuminated objects amid the interference of daylight and calculate how a visual telescope could center the object in its field of view, following objects hundreds of miles up as they careened across the sky.

Syncing up the visual telescope and the computerized predictions is crucial, given that a space object can traverse the sky in mere minutes.

The team successfully demonstrated its method on four different space debris passes, focusing on old rocket bodies still in space from Russian launches between 1971 and 1995. The longest observation time the Austrian team recorded for one of those rocket bodies was just 100 seconds.

By detecting the photons that bounce back from the specific piece of debris, it’s also possible to determine the object’s rotational behavior and rotational period, Steindorfer said.

At the researchers’ observation station in Graz, Austria, they’d previously been limited to observing space debris for a maximum of six hours each day, during the twilight hours. With this new technique, they’re now able to track space junk for up to 22 hours daily.

Any debris tracking station around the world can repeat their method, the scientists said.

“The results are a starting point for all space debris laser ranging stations to drastically increase their output in the near future,” the researchers argued.

Space junk has built up over decades

In more than half a century of human space exploration, a lot of rubbish has accumulated in orbit.

In that time, space agencies have tracked at least 20,000 pieces of debris larger than a softball orbiting our planet, whizzing by at velocities up to 17,500 miles per hour, speeds that could rip through a satellite or a manned spacecraft, NASA has said.

Factoring in objects at least as big as a marble, there are more than 500,000 piece of debris in orbit, and further millions of other debris pieces so small they defy our tracking methods. That debris contains both manmade objects and natural meteoroids, according to the space agency.

Catastrophic collisions so far have been rare, and the US Department of Defense keeps a database on all objects that are at least the size of a softball or larger. NASA’s guidelines state that its spacecraft maneuver to adjust their path if there’s even a small likelihood of a space junk collision.

J.D. Harrington, a spokesperson for NASA, wouldn’t comment on the new research, but noted that the space debris issue is one that no country can solve alone.

“NASA works with other countries and international organizations to develop mitigation strategies and standards that reduce the generation of new orbital debris,” the agency said in a statement. “The remediation of the near-Earth space environment will necessarily involve not only a multi-agency approach, but an international effort.”

As more and more private companies launch satellites into space, cleaning up the growing celestial graveyard above our heads is becoming a higher priority.

SpaceX designed its fleet of 60 Starlink satellites to save enough fuel toward the end of their missions in order to intentionally burn up in Earth’s atmosphere and not clog up orbital space.

And the European Space Agency is planning a robotic mission to clear up space junk from orbit. The craft, called ClearSpace-1, is set to launch in 2025 and will latch onto debris in space before falling back down where both the debris and the craft will burn up in Earth’s atmosphere.

“This is the right time for such a mission,” said ClearSpace founder Luc Piguet, in a press release last year. “The space debris issue is more pressing than ever before. Today we have nearly 2,000 live satellites in space and more than 3,000 failed ones.”