Lab leak Covid-19 theory is like something out of a comic book, virologist says 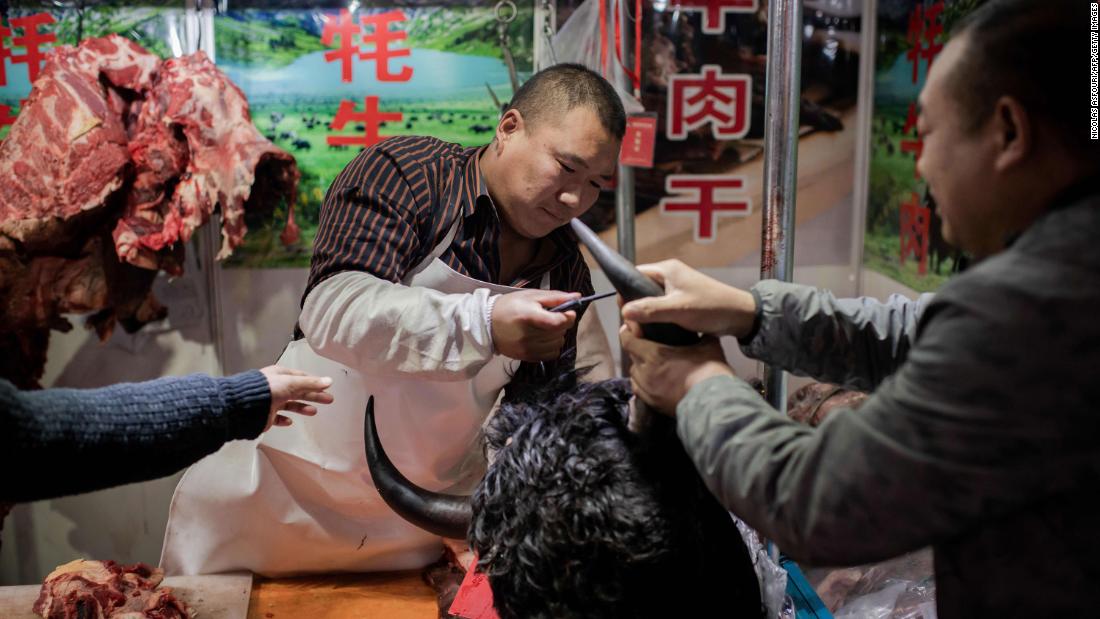 Dr. Robert Garry of Tulane University and other virologists have been publishing studies for a year that demonstrate SARS-CoV-2 originated naturally in animals and is unlikely to have been engineered in a lab.

Genetic study shows the virus carries all the messy hallmarks of nature and none of the fingerprints that would have been left behind by laboratory manipulation.

“What are the things that argue against a lab leak? There are a whole lot of them,” Garry told CNN.

Yet last week, former US Centers for Disease Control and Prevention Director Dr. Robert Redfield added his voice to those saying the virus most likely leaked from a laboratory in China — perhaps by accident.

“I am of the point of view that I still think the most likely etiology of this pathogen in Wuhan was from a laboratory, escaped,” Redfield told CNN Chief Medical Correspondent Dr. Sanjay Gupta.

Redfield, a virologist, presented no evidence to back up his assertion. And while he joins non-experts such as US Sen. Tom Cotton and former Secretary of State Mike Pompeo, his former colleague Dr. Anthony Fauci, director of the National Institute of Allergy and Infectious Diseases, disagrees, as do a swath of other experts in infectious diseases.

And a World Health Organization report released Tuesday says the lab leak theory is the least likely of four scenarios its investigators considered. Most likely: the virus spread from its natural host, probably a bat, to another animal and then to people.

But the US government criticized the report as incomplete, further feeding Redfield’s theory. And WHO Director-General Tedros Adhanom Ghebreyesus said he did not think the WHO team’s lab assessment was extensive enough. “Further data and studies will be needed to reach more robust conclusions,” Tedros told a briefing Tuesday.

“Although the team has concluded that a laboratory leak is the least likely hypothesis, this requires further investigation, potentially with additional missions involving specialist experts, which I am ready to deploy.”

What bothers most scientists CNN spoke to was Redfield’s description of what he says he thinks happened.

“That’s the way it would be in a movie or some sort of a thriller or a comic book,” retorts Garry, who studies viruses in the field and in the lab and who helped write a study published in March of last year that showed the virus arose naturally.

“It is improbable that SARS-CoV-2 emerged through laboratory manipulation of a related SARS-CoV-like coronavirus,” Kristian Andersen, an infectious disease researcher at the Scripps Research Institute in La Jolla, California, along with Garry and other experts, reported in Nature Medicine in March 2020.

They found the receptor binding domain of the coronavirus spike protein — that’s the structure that attaches the virus to human cells — “is not ideal.” It could have been better designed, they found. “This is strong evidence that SARS-CoV-2 is not the product of purposeful manipulation,” they wrote.

They also looked for evidence that a process called reverse genetics had been used to alter an existing virus to make it look more like SARS-CoV-2 — the virus that causes Covid-19. But they found “irrefutably” that was not done.

Joel Wertheim, an evolutionary biologist at the University of California San Diego who has studied the coronavirus, says much the same thing.

“There is nothing about this virus’s genome that wouldn’t come about in nature,” Wertheim told CNN.

“No one has shown the selective patterns consistent with laboratory passage or the interaction of genetic material that is impossible to find in nature.”

Wertheim and colleagues wrote a study published earlier this month that shows the virus could not have been circulating for much more than a month or two before it caused the December 2019 epidemic in Wuhan. And their study found the virus wasn’t particularly well suited to cause a pandemic, although it has since evolved into variants that do spread more easily among humans.

“Since then we have seen a plethora of adaptive mutations arise almost throughout the world,” Wertheim said.

Both findings tend to support the WHO report’s conclusions.

The closest relative yet found to SARS-Cov-2 is one called RaTG13, which is found in bats. A type of anteater called a pangolin can also be infected with a similar virus.

“The Fox News version of this story is that someone took RaTG13 plus a pangolin virus and they mixed that together in a lab and somehow achieved four to five decades of evolution,” Garry scoffed.

“That’s a really magical thinking kind of scenario. That might happen in a Marvel comic book but that is not going to happen in real life.”

What probably happened in real life, the academic studies and the WHO investigation both found, is what happened with the first SARS — severe acute respiratory syndrome — in 2002-2004. A wild animal slaughtered for food carried a virus that had evolved in such a way that it could infect humans, too.

“You have animals that were brought into these markets,” Garry said.

“Or it could have been a person carrying it to the markets. It’s how SARS 1 happened and it’s no doubt how SARS 2 happened.”

Many of the lab-leak theories come from people who know a little about so-called gain-of-function research — work done on viruses to make them grow better, as Redfield talked about — or to make them more infectious or more virulent.

Plus, nature does this very well on its own, with the emergence of viruses such as influenza, SARS, coronaviruses that cause the common cold, and Middle East Respiratory Syndrome or MERS, which appears to have evolved from a bat virus to infect camels and, occasionally, people.

“Unfortunately, this did little to quell often contradictory and sometimes outright ridiculous conspiracy theories that spread faster than the virus itself: SARS-CoV-2 was the result of a laboratory accident or was intentionally engineered, and this was concealed to hide either spectacular incompetence or a complex international conspiracy involving Bill Gates, the Chinese Communist Party and 5G wireless network infrastructure with an end goal of ushering in a new world order,” Rasmussen wrote.

“The proof presented to corroborate these theories relied heavily on cherry-picked evidence ranging from withdrawn preprints to secret diplomatic cables about vague lab safety information to grossly overinterpreted satellite and mobile phone data, all of which prove exactly nothing about SARS-CoV-2 origins.”