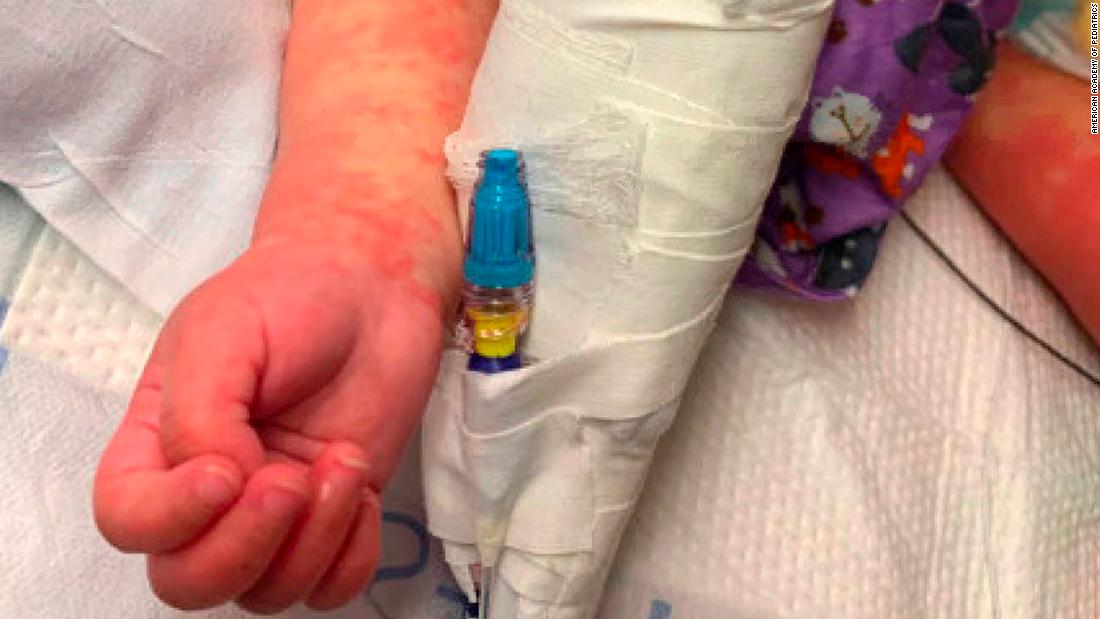 Symptoms do not look like the classic symptoms of coronavirus and may mostly include stomach pain and vomiting, along with fever and perhaps a rash, the experts told other doctors during a meeting Tuesday organized by the US Centers for Disease Control and Prevention.

It’s becoming clear that many of the children with the new syndrome have damage to their hearts and need immediate treatment, they said at the Clinician Outreach and Communication Activity (COCA) briefing. And they believe it’s increasingly clear that Covid-19 is involved, even though many of the children test negative for the virus at first and never seemed to have had symptoms of infection.

The syndrome appears to develop two to six weeks after infection with Covid-19 and affects mostly children who were perfectly healthy beforehand. The CDC issued a health alert last week warning pediatricians to be on the lookout, and at least 20 states plus Washington, DC have reported they are investigating possible cases.

“A striking finding here — alarming — is that in this group, about half the children already had coronary artery abnormalities,” Dr. James Schneider, who heads pediatric critical care at Northwell Health in New York, told the briefing. Because the children were previously healthy, he thinks the abnormalities were caused by MIS-C, possibly as a result of a delayed immune response to the coronavirus.

“Any child at home who has fever, abdominal pain or symptoms such as rash and conjunctivitis should be seen by a pediatrician right away,” he advised. “I think we need to have a low threshold for evaluation.”

More than half of the 33 children treated for MIS-C at Northwell in April and May had developed some sort of heart dysfunction, Schneider said. “They need good, old-fashioned critical care.”

Infectious disease specialist Dr. Nicholas Rister at Cook Children’s Medical Center in Fort Worth, Texas, said he has examined several children with a range of symptoms.

“I feel very terrible — some patients have said, you know, everything kind of hurts. And then swelling in various points of your body, especially your hands and your feet, and even your mouth,” he said at a separate briefing.

“The biggest concern we have right now, especially in kids, is largely stemming from inflammation around the heart,” he said. It’s one reason doctors at first thought the syndrome was a rare condition known as Kawasaki disease. “And not just the heart but the major vessels around the heart,” he added.

Dr. Michael Levin of Imperial College in London, who treated some of the first patients in Britain, said parents may hesitate to bring their children in, but they should.

Some of the children he and his colleagues have treated were already critically ill when they arrived at the hospital. “One of the reasons for this may have been the lockdown and fear of coming to hospital,” he said. “The public health message in the UK was that patients should try and stay at home and not attend hospital,” he added. So children were staying home with fevers … and arriving in a seriously ill state.”

Blood tests will quickly tell doctors if children might be experiencing MIS-C, Levin said. Tests for inflammation and heart damage can show if children are at risk and need to be hospitalized.

Quick treatment appears to work and most children go home after a few days in the hospital, both Schneider and Levin said.

Levin said most children tested negative for Covid-19 infection at first but later tests indicated they had probably had a past infection.

He said these young patients were showing symptoms of extreme inflammatory response. “There is a concern that we are seeing a dysregulated immune response,” Levin told the briefing. “The timing of this illness does seem to coincide with when acquired immunity would be developing.”

Many of the children in England who were diagnosed with MIS-C are from ethnic minoritie, Levin said. “There seemed to be a predominance of children from black, African, Caribbean-British ancestry who accounted for about 46% of the cases,” he said.

Twenty-seven percent of the children with the illness in a recent New York study were Hispanic, Northwell’s Schneider said.