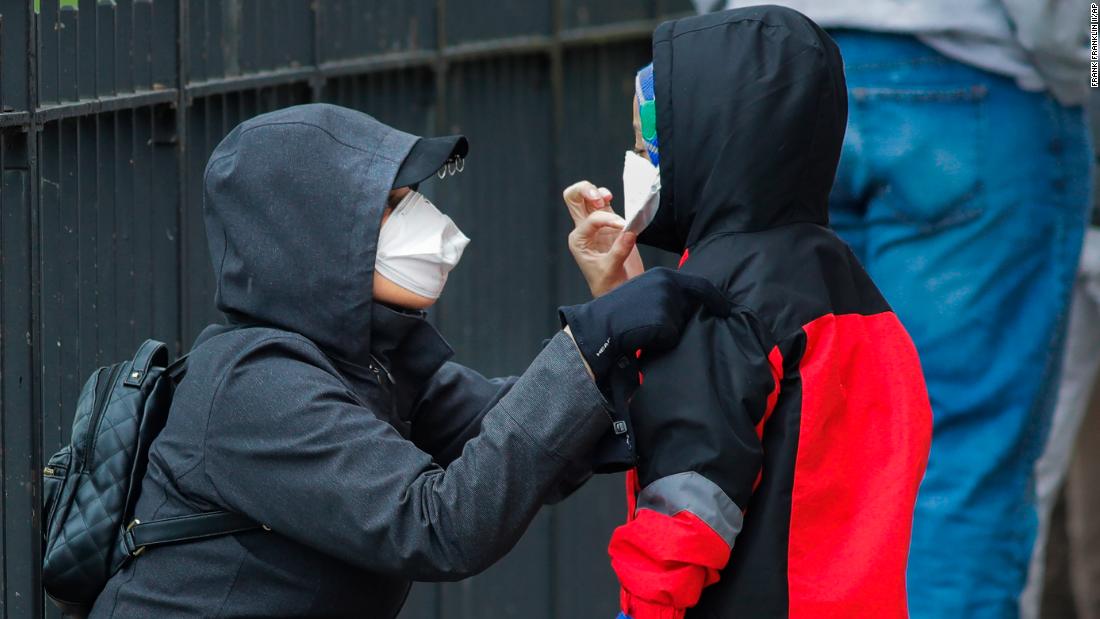 National Health Service England sent an alert to doctors and on Sunday the Paediatric Intensive Care Society tweeted it out to members. It warned about a small increase in cases of critically ill children with “common overlapping features of toxic shock syndrome and atypical Kawasaki disease with blood parameters” with some children testing positive for Covid-19.
There have also been some reports in Italy and Spain, doctors said.

A team at Stanford Children’s Hospital said they had also seen a case. They described the case of a 6-month-old girl admitted to the hospital with Kawasaki disease and later also diagnosed with coronavirus.

Kawasaki disease causes inflammation in the walls of the arteries and can limit blood flow to the heart. It is usually treatable and most children recover without serious problems, but it can be deadly. No one knows what causes Kawasaki disease, but some studies have pointed to a link between viruses or a bacterial infection.

On the second day she had a fever and a blotchy rash. A chest x-ray showed a small white spot in her mid-lung so doctors sent her to the emergency room, the team reported in the journal in the journal Hospital Pediatrics.

The baby’s symptoms appeared to be Kawasaki disease, so she was given intravenous immunoglobulin and high-dose aspirin, a standard treatment. Two weeks after she was discharged, she had no respiratory symptoms and is doing well.

The authors of the study suggest that since the coronavirus is new, and not all symptoms in children are known, scientists will want to further research the potential association of Kawasaki Disease with the infection.
Dr. Brad Segal, who worked on the case, said the team was surprised when the test came back positive for Covid-19, “In hindsight, looking at it, it’s not entirely shocking that this association was possible,” he told CNN.

“Kawasaki disease itself is often preceded by a respiratory or gastrointestinal illness,” Segal, who works in Child Neurology at Stanford Children’s Hospital, said. “This has been known about Kawasaki disease for quite some time. No one completely understands it, but the model suggests it’s triggered by an infection in a sort of immune dysregulation.”

“In this case with SARS Covid-19, I think it’s still too early to know whether it’s something specific to the pathophysiology, or if it’s just because it’s another run of the mill infection,” Segal said.

The team has been wondering when other groups of clinicians would report seeing something similar, but he hadn’t heard anything until his father emailed him the CNN story about the UK alert. “I don’t, though, think we are going to see a wave of these cases,” Segal said. “This isn’t something that families, even if they have coronavirus really need to worry about, based on what we know so far.”
According to the US Centers for Disease Control and Prevention most cases in children so far have reported only mild symptoms and less than 2% of cases in the US were in children as of April 2.