It’s never too late to boost your brain with exercise, study says 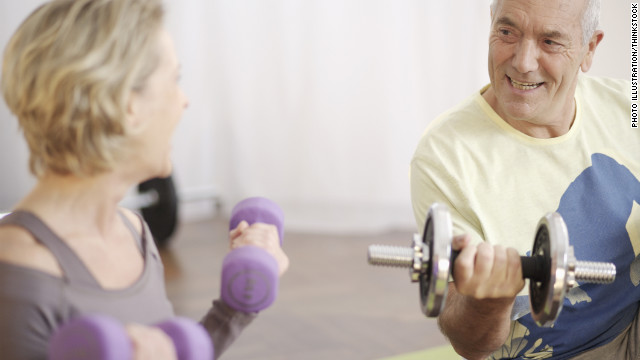 Your brain loves it, too. Increasing your heart rate pumps more oxygen-rich blood to the brain, stimulating the release of hormones that boost the production of new brain cells and enhance connectivity between parts of the brain.

A new study finds you don’t have to be young and in great shape to reap the benefits of exercise. It only took six months of aerobic exercise, four days a week, to improve thinking and verbal skills in a group of older adults.

“Even if you start an exercise program later in life, the benefit to your brain may be immense,” said study author Marc Poulin, an exercise physiology and nutrition professor at the University of Calgary in Alberta, Canada.

“Our study showed that six months’ worth of vigorous exercise may pump blood to regions of the brain that specifically improve your verbal skills as well as memory and mental sharpness,” Poulin said.

The study, published Wednesday in Neurology, the medical journal of the American Academy of Neurology, followed 206 adults with an average age of 66 and no prior cognitive issues.

Under supervision, they increased their aerobic exercise from 20 to 40 minutes three times a week and exercised on their own one day a week. An ultrasound measured blood flow to the brain at the start of the study, and a cognitive baseline was established on thinking and memory tests.

Six months later, the participants were retested. Blood flow had increased, and tests of executive function, which includes mental flexibility and self-correction, had improved by nearly 6%. Verbal fluency, which tests how quickly you can retrieve information, increased by 2.4%, the study found.

“This change in verbal fluency is what you’d expect to see in someone five years younger,” Poulin said.

Because the study did not compare the people doing the exercise to a control group of similar people who were not exercising, the study cannot know for sure if exercise was the reason for the improvement in cognition.

Still, to find an increase in memory and thinking skills at a time in life when they would be “expected to be decreasing due to normal aging, to have these types of increases is exciting,” Poulin said.