Is your family’s chewing driving you insane? Here’s what to do 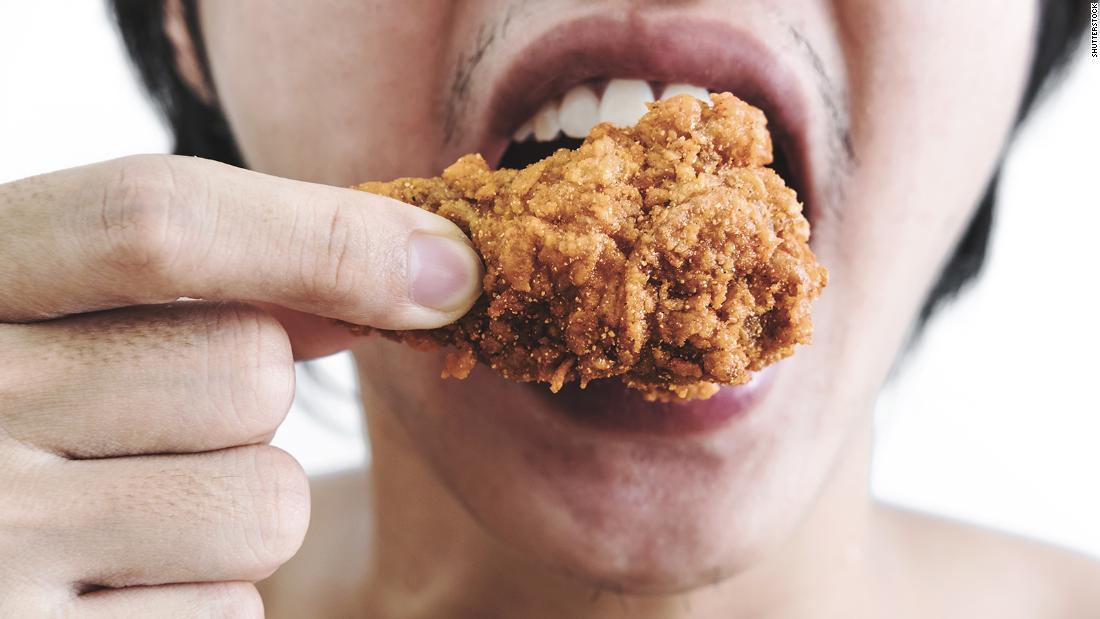 Now we’re spending all of our time quarantined with the same family or friends, and every bite, chew, crunch and slurp is so LOUD.

For some of us, it’s worse than for others, and the subtle, seemingly irrational reaction can actually be heightened among people we know well.

It’s called “misophonia,” said Zachary Rosenthal, a psychology professor at Duke University. That term means “hatred of sound.” We can all be bothered by annoying or gross-seeming sounds, he said, but some people actually experience an abnormal fight-or-flight response.

He said that up to 15% or 20% of the population may display symptoms of misophonia, based on findings from various researchers. In one study researchers at the University of South Florida asked 483 undergraduate students about how they reacted to sounds. About one in five self-reported misophonia symptoms.

The most important thing to know about misophonia is that it’s not a psychological or psychiatric phenomena, Rosenthal said. Rather, it’s an actual physical response to an external stimulus.

“It’s not a control problem or the person being passive aggressive,” he said. “It’s not a case where you should blame the patient.”

Misophonia doesn’t mean you react negatively to all auditory stimuli, but rather a range of specific sounds that are particularly grating. These could include someone next to you smacking gum or chewing food loudly. It could also be something like the sound of someone clicking a pen or tapping a pencil.

For those with misophonia, “sounds go right to the amygdala and set off the fight-or-flight response,” said Jennifer Brout, a clinical child psychologist and the director of the International Misophonia Research Network. “The mind interprets it as toxic or harmful.”

Rosenthal echoed her, noting, “It can feel panicky, but it’s not a panic attack.” Rather, the person is just “wired to respond to cues as if they’re more threatening than they are.”

One curious part about the burgeoning field of misophonia research, Brout noted, is that it can often be worse with those we live with. And that’s one key clue into unraveling the deeper mystery of it.

Misophonia is likely associated with memory, Brout said. We have visceral recollections of people close to us chewing loudly or clicking their long fingernails on the table as they talk. Maybe they’re sniffling too much and it drives us up the wall.

We then are almost neurologically trained to home in on that sound again and again. When meeting new people, there isn’t a specific annoying behavior to focus on, and it takes a little while to settle on a particular trigger.

What can you do?

There’s not enough research into causes or treatments of misophonia to yield any particular remedy or one-size-fits-all solution, Rosenthal said.

In the absence of sufficient randomized control trials, his first priority was to caution people to not “get swept away by tonics.”

Rosenthal advises potential patients to first visit their primary care doctor or pediatrician and to report the symptoms, rather than to use the term “misophonia,” which might garner confusion as it hasn’t yet entered widespread usage.

From there, he said the best treatment is a “coordinated multi-disciplinary approach,” focusing on evidence-based interventions picking away at the three major pillars of the disorder. That could mean visiting specialists such as audiologists, occupational therapists and others.

First, one should look at the hypervigilance aspect, Rosenthal said, acknowledging that those with misophonia are often primed and waiting to notice a particularly objectionable noise. That can be addressed by practices such as attentional training and mindfulness, he said.

Next, patients need to address anxiety they feel, and a range of emotional regulation strategies could be key to getting that factor under control.

Finally, Rosenthal said examining the “physiological overwhelm” is an important step, and would be helpful to understanding how aroused people feel at their baseline.

Basic health guidance such as getting enough exercise and sleeping well “won’t stop you from being triggered,” Rosenthal said, but they will de-escalate the overall stressed state of being that can exacerbate misophonia.

If you have misophonia, the National Institutes of Health’s Genetic and Rare Diseases Information Center notes that other family members are likely to have it as well.

Among its treatment recommendations, it lists wearing hearing plugs or aids, using antidepressant medications, and maintaining an active lifestyle to reduce stress.