Is the insect apocalypse really upon us? It’s complicated, say researchers 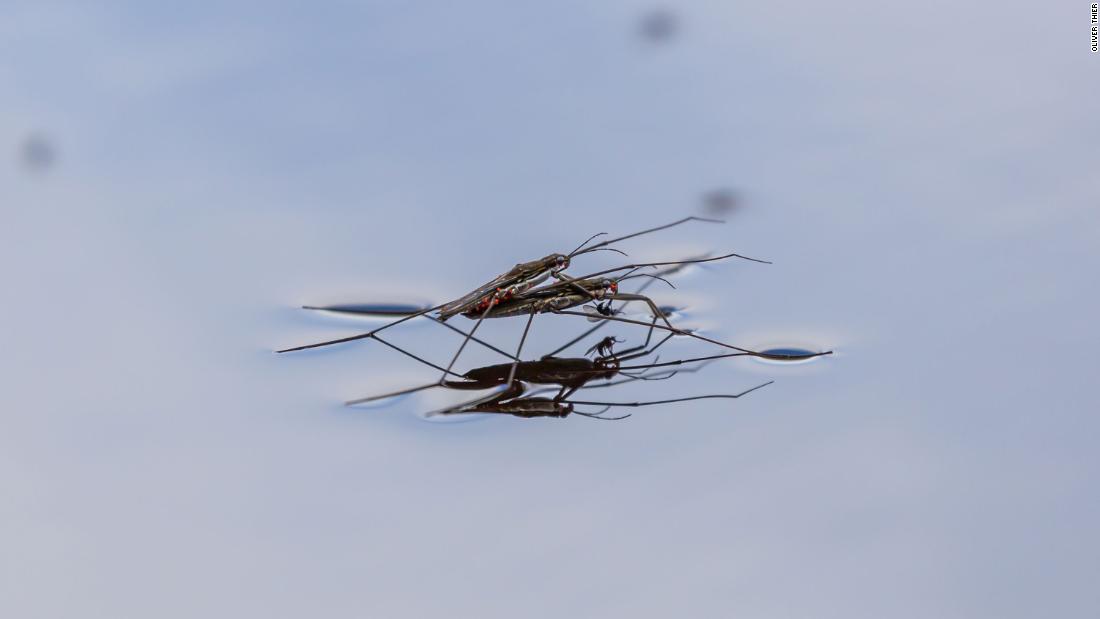 Several recent reports have warned of a crushing decline in insect populations that could have a catastrophic effect on our environment and food supply.

However, a new study that’s been described as the largest and most comprehensive assessment to date of insect and arachnid populations paints a much more nuanced picture. It suggested that while some might be in peril, an insect apocalypse isn’t upon us quite yet.

At the same time, researchers said the study is by no means complete, and there is an urgent need to ramp up the study of insect populations to gather more data.

While insects that live on land are declining at 9% per decade (0.92% a year), which is a much smaller percentage than suggested by other studies, the study found that there’s been an increase of freshwater insects, like midges and mayflies, of 11% per decade. That could be as a result of efforts to clean up the water supply.

“Insect populations are like logs of wood that are pushed under water. They want to come up, while we keep pushing them further down. But we can reduce the pressure so they can rise again,” said Roel van Klink, a researcher at the German Centre for Integrative Biodiversity Research (iDiv) and Leipzig University.

“The freshwater insects have shown us this is possible. It’s just not always easy to identify the causes of declines, and thus the most effective measures to reverse them. And these may also differ between locations.”

The study, which published in the journal Science on Thursday, looked at 166 long-term surveys conducted across 1,676 sites worldwide.

Trends were highly variable, with differences not only between regions but also areas of study that were close together.

One of the first studies to signal the doom — spurring reports of insect Armageddon — came in 2017 when data from nature reserves in western Germany suggested that flying insects had declined by 75% over 27 years.
A review published in 2019 indicated that 40% of insect species could become extinct in the next few decades, with insect biomass projected to decline by a staggering 2.5% a year. That figure was quoted in other reports on the topic.
One of the reasons studying insect populations is so difficult is that there are more of them than any other type of animal on the planet — there’s said to be more ladybug species than mammals. So it’s typically only the charismatic or commercially or medically important insects like butterflies, bees and mosquitoes that get studied.

What’s more, because of their short life spans and population dynamics, insect populations are naturally highly variable, which presents a challenge for quantifying long-term trends, noted researchers Maria Dornelas of University of St. Andrews and Gergana Daskalova of the University of Edinburgh in commentary accompanying the study.

“The phrase ‘insect Armageddon’ has captured the collective attention and shined a spotlight on one of the most numerous and diverse groups of organisms on the planet. Yet, insects are critically understudied,” they wrote.

Even though it’s the largest survey to date, this latest study’s authors said the data they had used still had limitations. Existing research has focused on Europe and the United States, and the study had much less information on the outlook in Africa, South America and South Asia.

Data from protected areas and reserves was also more readily available, van Klink said. That means that locations where human land use is most intensive, and therefore where the strongest effects on insect trends might be expected, were underrepresented.

Given that the vast majority of insects are terrestrial, University of Sussex professor Dave Goulson said that this new study confirmed what was already clear — that they have been declining for many decades.

“It isn’t really at odds with the perception of widespread insect declines — which is based almost entirely on studies of terrestrial insects (e.g. the German study), and which of course includes the pollinators; bees, butterflies, moths, hoverflies etc,” Goulson, who authored a report describing insect declines as a quiet apocalypse, said via email.

“The contrasting trends for freshwater presumably reflects the big cleanup of water quality in recent decades, especially in Europe, and this is encouraging, as it suggests that it is possible to undo environmental damage. Unfortunately aquatic insects only make up about 10% of species, the rest being terrestrial,” he added.

Ultimately, is it really so bad to call it “insect Armageddon” if it drives people to change their attitudes toward these creatures from revulsion or fear to trying to help? Van Klink said the hyperbole isn’t helpful.

“I do think it gives a wrong impression of what is happening out here. Our work included vastly more studies than others had. It’s a much more nuanced picture,” he said.

“We need to appreciate the complexity of the problem. There’s not an easy solution.”

Dornelas and Daskalova said that sensationalizing the problem could potentially catalyze much-needed action in policy development and research. They agreed, however, that fear-based messages often backfire.

“Embracing nuance allows us to balance accurate reporting of worrying losses with hopeful examples of wins. Hope is a more powerful engine of change than fear.”

But while the finding of this study was not as dramatic as others, it still confirmed a declining trend.

“Insect declines happen in a quiet way, and we don’t take notice from one year to the next. It’s like going back to the place where you grew up. It’s only because you haven’t been there for years that you suddenly realize how much has changed, and all too often not for the better.”