Is it time to delay second doses of coronavirus vaccines? 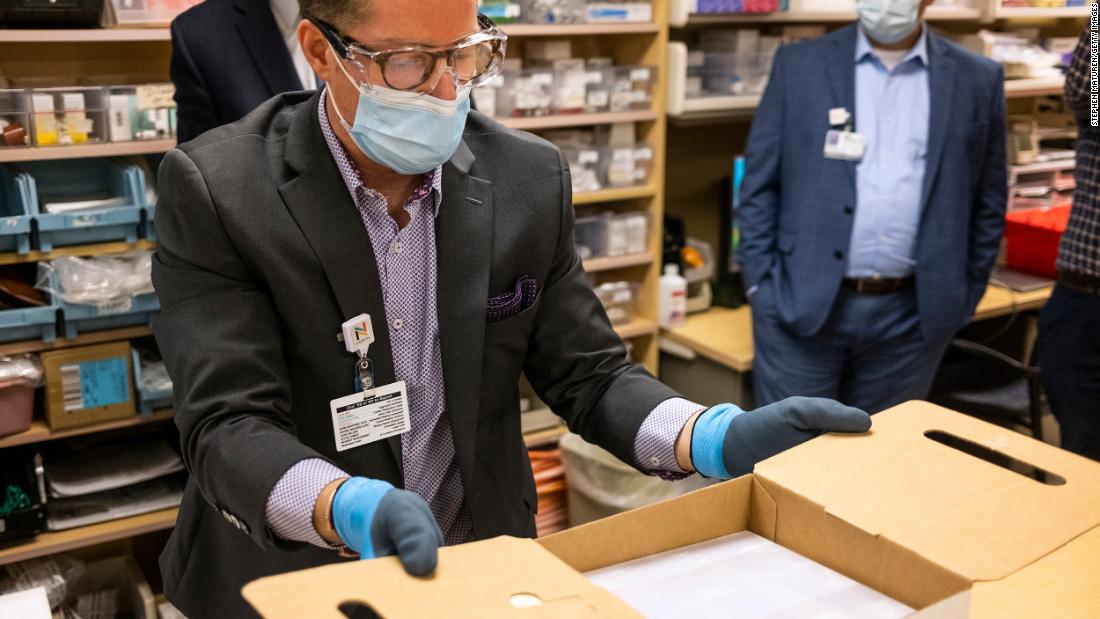 In one, researchers at Israel’s largest hospital watched what happened when more than 7,000 staff there got vaccinated. In between their first and second doses of the Pfizer/BioNTech vaccine, rates of infected plummeted. By the second to fourth week after the first shot, rates of symptomatic infection were down by 85%.

In a second, Canadian researchers found evidence of more than 90% protection after a single dose of the Pfizer/BioNTech vaccine.

It’s not at all clear how long this protection would last, and both the Pfizer and Moderna vaccines were tested and authorized on the basis of a two-dose regimen. The companies, the US Food and Drug Administration, and top government officials including National Institute of Allergy and Infectious Diseases Director Dr. Anthony Fauci have cautioned against going outside what’s known and tested.

“People need to continue to get their second shot,” Andy Slavitt, White House senior adviser on the Covid-19 response, told CNN’s Chris Cuomo Thursday night. “The second shot does add significantly to their immunity, and what we have to do is, we have to get more quickly through our first doses that we have in the field, but no one is advising people to skip their second shot at this point.”

But the US is struggling to get even first doses into the population, and is watching the death toll from the virus climb steadily towards 500,000. While US federal officials at first said they hoped anyone who wanted a vaccine could get one by April, they have now pushed back that timeline to July.

And new variants that appear to make the virus more contagious are popping up around the world and across the country. It’s possible they could fuel a resurgence in the spread of the virus long before 70% to 85% of the population — the percentage Fauci estimates is needed to achieve herd immunity — can get vaccinated.

The Israeli findings, released as a letter to The Lancet medical journal, involve 9,000 health care workers at Tel Aviv’s Sheba Medical Center, more than 7,000 of whom were vaccinated by the end of January.

The team looked at the rate of infections during the three weeks or so before the workers got a second dose of vaccine. They found a 47% reduction in symptomatic coronavirus infections among the health care workers during the first two weeks after the first shot, and an 85% reduction over the following two weeks.

“Early reductions of COVID-19 rates provide support of delaying the second dose in countries facing vaccine shortages and scarce resources, so as to allow higher population coverage with a single dose.”

Dr. Danuta Skowronski of the British Columbia Centre for Disease Control, and Dr. Gaston De Serres of the Quebec Public Health Institute, made a similar argument in a letter to The New England Journal of Medicine.

They went through documents submitted by Pfizer and its partner BioNTech to the FDA when they sought emergency use authorization last year.

“Even before the second dose, BNT162b2 was highly efficacious, with a vaccine efficacy of 92.6%, a finding similar to the first-dose efficacy of 92.1% reported for the mRNA-1273 vaccine (Moderna),” they wrote.

“With such a highly protective first dose, the benefits derived from a scarce supply of vaccine could be maximized by deferring second doses until all priority group members are offered at least one dose,” they added.

They noted that it’s not clear how long protection lasts if people get just one dose of vaccine. Clinical trials show a big boost in antibody production after the second dose of either the Moderna or Pfizer vaccine.

Dr. Tom Frieden, a former director of the US Centers for Disease Control and Prevention who is now CEO of the health advocacy organization Resolve to Save Lives, says there are arguments for and against delaying the second dose until millions of people can be vaccinated.

“There are different reasons why multiple doses may be needed. For many vaccines, such as hepatitis B vaccine, multiple doses are needed to produce long-lasting immune protection. In this case, the first dose ‘primes’ the immune system by provoking an initial response to the antigens contained in the vaccine,” Frieden wrote in his group’s latest newsletter.

“For some COVID-19 vaccines, an important reason for multiple doses is to increase the strength of antibody response.”

But he also notes that increasing the time between doses has never been shown to reduce the efficacy of a vaccine, and in some cases — the HPV vaccine is an example — it strengthens the immune response.

“However, a disadvantage of a longer interval between doses of any type of vaccine is that full protection is unlikely until all doses have been administered. In addition, for mRNA vaccines such as the Pfizer and Modena vaccines, it is not yet known whether the timing of the second dose is critical to producing a sustained immune response, because mRNA vaccines had not been used in late-stage trials or approved for use prior to the COVID-19 pandemic,” Frieden noted.

But there’s another argument. What if the new variants spread among people who are only partly protected by having one vaccine dose — and even worse variants evolve because of that?

“It is not clear how well a single dose of any two-dose COVID-19 vaccine may prevent infection with emerging variants,” Frieden noted.

Even single-dose vaccines don’t solve the dilemma completely. Johnson & Johnson is seeking FDA authorization of its one-dose Covid-19 shot. But it’s also testing a two dose regimen to see if that works any better.