Is Covid-19 scaring heart attack victims away from ERs? 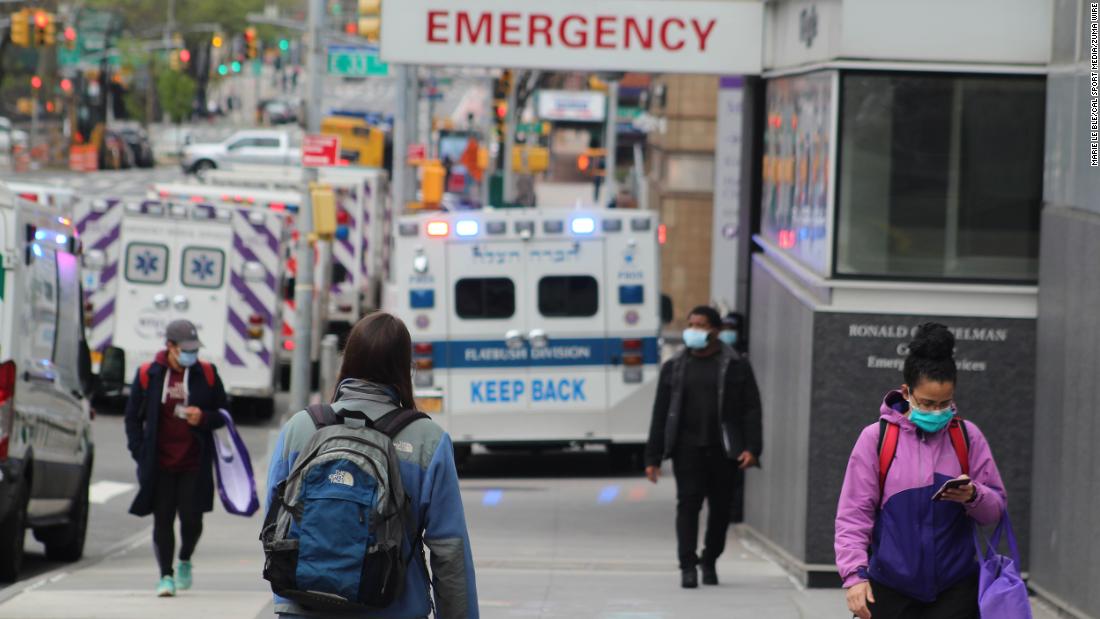 The American Heart Association continues to urge people to call 911 if they experience any chest pain or heart symptoms.

In April, the group and other medical organizations put out an urgent statement telling the public not hesitate to go to the hospital or call 911 in case of a medical emergency, even amid the coronavirus pandemic.

“We know conclusively that every moment delay in getting the right treatment for a heart attack or the right treatment of a stroke results in less heart muscle and less brain,” Dr. Mariell Jessup, chief science and medical officer of the American Heart Association, told CNN on Wednesday.

“Studies have shown the faster you can open up the artery that supplies the brain with blood, or the heart with blood, the better chance you have of preserving your heart function and your brain function.”

The Heart Association’s guideline advisory group said on May 2 that patient calls to 911 have fallen by about a third since January.

Two factors could be at play, said Brooks Gump, the Falk Family Endowed Professor of Public Health at Syracuse University in New York. “It’s possible that because people are hunkered down and not going to work that they are experiencing less triggers for cardiac events,” Gump told CNN on Wednesday.

“But that doesn’t mean their disease is going away,” he said. “The risk is that when we start to emerge again and go back to work we’ll have those triggers again, and you’ll have an uptick.”

More likely: “People are avoiding the emergency rooms,” Gump said. “I just don’t know which proportion is which.”

What’s clear, said Gump, is that the risk factors underlying heart disease in the US have not gone away.

“I don’t think it’s the case that anything that people are doing right now is dramatically altering the actual development of cardiovascular disease, unless they develop bad habits — such as a sedentary lifestyle, that continues for years” Gump said. “Heart disease develops slowly over time — like 20 to 30 years of time — and then a trigger produces a cardiac event.”

Dr. Valentin Fuster, director of Mount Sinai Heart and physician-in-chief of The Mount Sinai Hospital, told CNN he thinks it’s a combination of people not going to the hospital, and people actually having fewer heart events.

“Across the world, it has been noticed that people with cardiovascular disease, and in particular with myocardial infarctions (heart attacks), they don’t show up. It’s a significant decrease,” said Fuster, a former president of the American Heart Association.

Stress is a possible factor, he said.

“Maybe people are less stressed out. Maybe at home they are more relaxed. Maybe they are eating better,” Fuster said, adding that lower pollution levels may also be a factor. But he thinks people are also afraid to call 911.

“I think it is a combination of both. I don’t think it is one versus the other,” Fuster said.