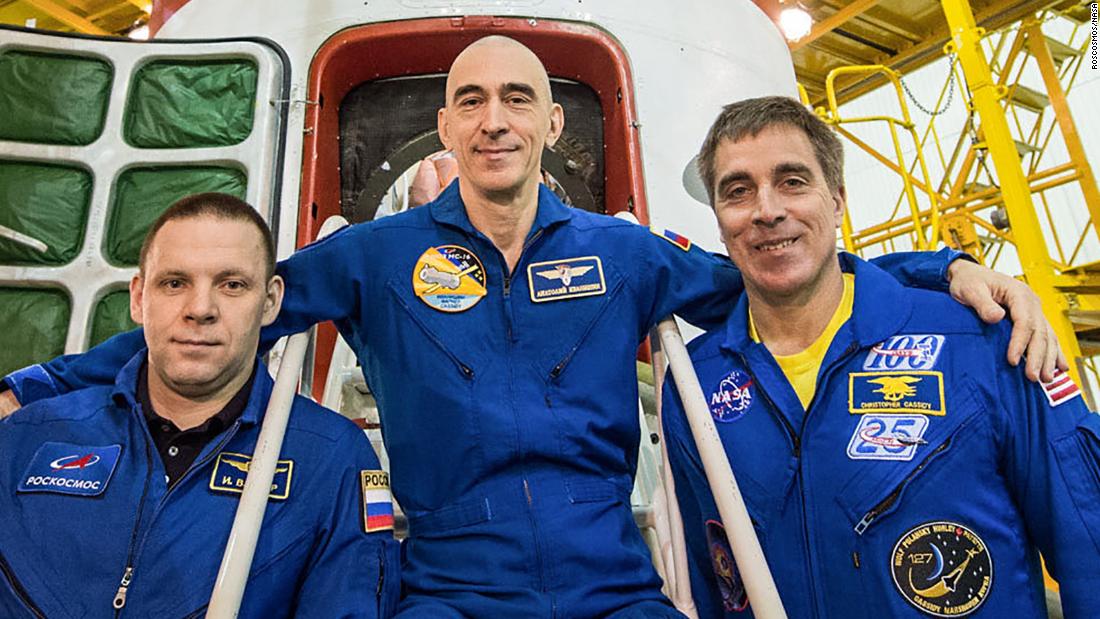 “The leak is still within segment specifications and presents no immediate danger to the crew or the space station,” according to NASA. Astronaut Chris Cassidy and cosmonauts Ivan Vagner and Anatoly Ivanishin are on board.

While crew members experience comfortable pressure while living in the orbiting laboratory, the space station does experience tiny air leaks over time. Regular repressurization is possible thanks to nitrogen tanks that are included on cargo resupply missions that deliver them to the space station.

However, NASA and the agency’s international partners discovered last September that the cabin air leak rate had slightly increased. They have been gathering data on this between spacewalks and the arrivals and departures of spacecraft, the agency said.

Again, the rate has slightly increased.

This weekend’s stay in the Russian segment will allow the astronauts and their ground teams to locate the source of the leak and hopefully repair it.

NASA and Roscosmos, the Russian space agency, believe they will have early results by the end of next week.

The Zvezda service module is roomy enough for the three crew members and has been inhabited by humans since the first crew arrived at the space station on November 2, 2000.

In the Russian segment, they will be able to access the Poisk mini-research module, as well as their Soyuz ship.

Poisk, which is also called Mini-Research Module 2, includes a docking port for the Soyuz ship, an area to prepare for spacewalks, power supply outlets, internal and external workstations and extra room for scientific experiments.

This mission is dependent on reviews of data as well as NASA certification after NASA’s SpaceX Demo-2 test flight. Demo-2 included the successful May 30 launch of NASA astronauts Bob Behnken and Doug Hurley to the space station from Florida. They returned safely to Earth, splashing down August 2 in the Gulf of Mexico.

The Demo-2 mission was the first flight test to include a crew for a commercially owned and operated human space system, according to NASA. Once SpaceX’s system is certified by NASA, it will be able to regularly send astronauts to the space station from the United States.

This ends NASA’s reliance on launching from Kazakhstan to reach the space station, but the agency will still continue to launch astronauts from the Baikonur Cosmodrome.

If the Crew-1 mission launches in October as planned, this will allow NASA’s SpaceX Crew-2 mission to launch next spring to the space station.