In shutting out threat, seniors in continuing care communities feel shut in 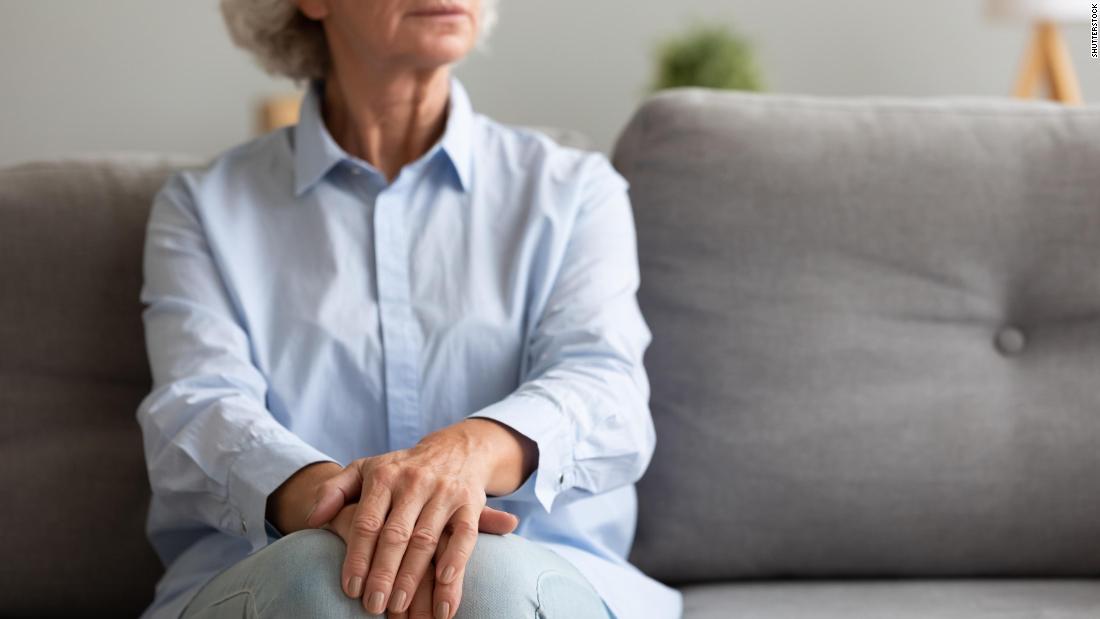 Most days, Tom, 76, likes to drive out of their community ― Asbury Springhill in Erie, Pennsylvania — to the store to pick up a few items.

“If you follow the right protocols, the likelihood is quite low that we would come down with coronavirus,” Tom said. “If I didn’t go out at all, I’d feel like the walls were closing in on me.”

Janice, 72, doesn’t think that’s a good idea. She has rheumatoid arthritis, an autoimmune condition that raises her risk of becoming seriously ill from the virus. Her father died of pneumonia, and “what terrifies me more than anything is not being able to breathe,” she said.

With her fear and Tom’s need for independence, “it’s become a bit of a power struggle,” Janice admitted.

Across the country, seniors’ lives are being upended as continuing care retirement communities take aggressive steps to protect residents from Covid-19, the illness caused by the novel coronavirus.

These communities offer a spectrum of services ― independent living, assisted living and nursing home care — serving older adults with disparate needs, from the very healthy to the very ill.

Since mid-March, aided by guidance from the Centers for Disease Control and Prevention, many places have instituted strict policies. Most often, group activities are being canceled. Nonessential visitors aren’t allowed. Dining rooms have closed, and meals are being delivered to people in their rooms. Staffers are screened (this includes a temperature check) when they enter and exit campuses.

And all residents, including seniors in independent living, are being asked to stay in their rooms most of the time. Leaving campus is strongly discouraged.

Reducing the spread of the virus

Minimizing the risk of contagion and ensuring the safety of residents is a top priority, said Henry Moehring, senior vice president of Asbury Communities, which operates eight of these communities in Maryland, Pennsylvania and Tennessee, including the center where the Showlers live.

Across the nation, there are about 1,900 such communities. Yet there’s no national data about the number of residents or staff members who’ve become infected with coronavirus or died.

Nor is there reliable information about the extent to which testing for the virus is available in these communities. Anecdotal evidence suggests it is hard to get, as is personal protective equipment for staff.

Last week, CDC published the first study of Covid-19 in a Seattle community that combines independent and assisted living. One key finding: Three residents who tested positive for Covid-19 did not have symptoms. This calls into question the common practice of focusing on people with symptoms while trying to prevent the virus’s spread.

Another finding: The community’s early measures to contain coronavirus appear to have succeeded. This may be because residents were able to practice social distancing and had relatively little contact with health care providers, researchers suggest.

Asking people to stay ‘on campus’

Janet Schroeder, 86, lives at Three Crowns Park in Evanston, Illinois, an independent living and assisted living community where three residents were found to have Covid-19. Two have died. So far, state and local health officials have declined to test other residents. They say that testing isn’t recommended for people who are asymptomatic.

Three Crowns has closed its garage, so residents can’t take their cars out. People are being asked to stay in their rooms. If they leave campus, they will be “asked not to return for the foreseeable future,” according to materials from Three Crowns cited in a local news report. The facility’s executive director did not respond to several requests for comment.

“Absolutely, I’m beginning to feel cooped up. Sometimes, I get very tired of my apartment. I want to get out and go someplace,” Schroeder said. “I miss seeing people.”

Initially, she said, she was “shocked and scared” to learn that Covid-19 was in the community, but now “I feel very confident that people here are taking good care of it and taking good care of us. As long as they hold the line and we all do what we’re supposed to do, I think it’s going to be OK.”

Residents checking up on each other

At Asbury Methodist Village in Gaithersburg, Maryland, which has about 1,400 residents, Mary Ellen Bliss, 78, has been helping to form “clusters” of residents who regularly check in with each other and “provide backup for anyone who has a problem.” She lives in an independent living section of the community called “the village,” where people have small houses.

Over the past several weeks, Bliss has noticed a marked change in attitude among friends and neighbors: “Even a week ago, some people were pretty indignant at the restrictions being put into place. They felt they were cautious and the rules shouldn’t apply to them: They should be allowed to come and go as they wished.”

But as reports of Covid-19 patients flooding hospitals and dying in nursing homes have multiplied, “pretty much everyone is all on board and what sounded excessive a few weeks ago now seems quite reasonable,” Bliss said.

Asbury currently reports two Covid-19 cases at its Gaithersburg campus: a resident, who is self-quarantining and asymptomatic, and a staff member who hasn’t worked on the campus since mid-March. None of its other communities are affected yet.

Some residents refuse to listen

Of course, some residents just won’t listen and insist on venturing out to stores or to see family. This has been an issue at Five Star Premier Residences of Yonkers in New York, where three residents tested positive for the coronavirus at the end of March.

“We are working to keep everyone safe inside the building. Residents heading outside our gates community at this point [are] asking for trouble. YOU must help me here as some of our residents do not realize how serious this is,” wrote John Hunt, the facility’s executive director, in a March 29 advisory to residents.

“Every community will find there are certain people who have difficulty complying with requests,” said Kristin Hambleton, vice president of marketing for Presbyterian Senior Living, which operates 12 continuing care retirement communities in Pennsylvania, Delaware, Maryland and Ohio.

“We are addressing each of those people on an individual basis and discussing with them how their choices can impact the people they live with and the staff that works here.”

As of late last week, two staff members at Presbyterian Senior Living had tested positive for Covid-19. “No residents were exposed while they were exhibiting symptoms,” Hambleton said.

Threats beyond the virus

Within the communities, threats other than Covid-19 abound. Without regular contact with other people, older adults can become lonely or depressed. A change in someone’s health status that might have been noticed if they didn’t show up for dinner can now go unobserved. Without stimulation, motivation and cognition can decline.

Communities have responded by having staff check in regularly with vulnerable residents, offering to arrange video visits with family members, organizing Zoom interest groups for residents and creating programming, such as exercise sessions broadcast over closed-circuit, in-house television stations.

Sustaining residents’ and staffers’ spirits over the difficult weeks ahead is a priority for Stephen Colwell, executive director at NewBridge on the Charles in Dedham, Massachusetts, which has 256 independent living apartments, 51 assisted living apartments, a 40-apartment memory care unit and a 220-bed nursing home on a 162-acre campus.

“We’ve made so many changes so quickly, we’ve treated this like a sprint,” he said. “But the fact is, this is going to be a marathon for all of us.”

“Their efforts really help to smooth out what is an incredibly difficult time here,” said Benita Ross, 71, who lives in a two-bedroom cottage on the campus. Every day, though, she worries about her three sons, who are physicians, and friends in their 80s and 90s whose health is fragile.

“There’s intense anxiety that your family or friends may get sick and die,” she said. “It’s terrifying, and there’s not a damn thing you can do about it.”