In counties where university classes were in person, Covid-19 cases rose 56% 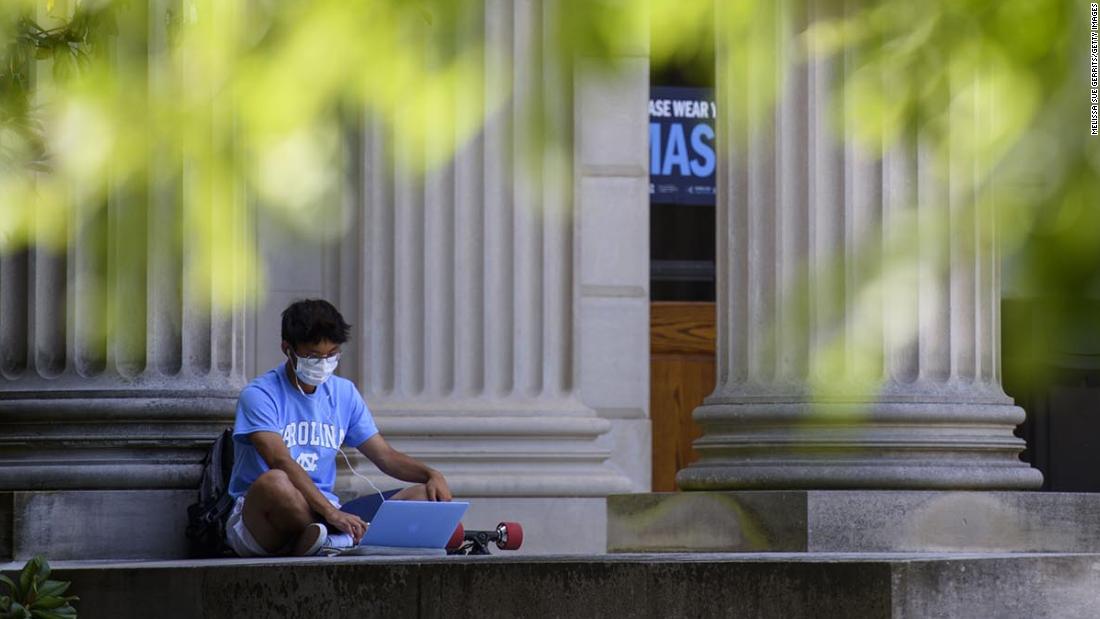 Within three weeks of colleges or universities opening to in-person instruction, counties that were home to these institutions “experienced a 56% increase in incidence,” a CDC-led research team wrote in the agency’s weekly report.

Meanwhile, the researchers found that incidence decreased by 5.9% in counties without universities and by 17.9% in those with universities that held remote classes.

The researchers — from the CDC and US Department of Health and Human Services — examined fall class schedules posted to large college and university websites in the United States. They looked at which institutions held remote or in-person classes in early September.

The study did not consider mitigation strategies — such as mask-wearing and social distancing — at the local level or on university campuses. It also was not clear whether Covid-19 cases in counties with universities were related to transmission on campuses or within the community.

More research also is needed to determine whether similar findings would emerge among counties with smaller colleges and universities.

But overall, the CDC posted to its official Twitter page on Thursday that students, faculty and staff should wear a mask, stay 6 feet apart and avoid gatherings “to slow the spread.”

Fraternity and sorority gatherings and activities were linked to hundreds of Covid-19 cases at a university in Arkansas, according to another report released on Thursday.

The study, also published in the CDC’s Morbidity and Mortality Weekly Report, described 965 confirmed and probable cases at an unnamed university in Arkansas and with symptoms beginning from August 20 to September 5. Among those cases, 97% were in people ages 18 to 24.

According to researchers from the Arkansas Department of Health and CDC, 54 gatherings were linked to Covid-19 cases at the university and more than 90% of those events involved sororities and fraternities.

Virtual events were “associated with fewer cases than those held in-person,” according to the report.

“The rapid increase in Covid-19 cases was likely facilitated by on- and off-campus congregate living settings and activities,” the report said.

The report encouraged health departments to work with student organizations and university leadership to make sure people are taking precautions against the spread of Covid-19.