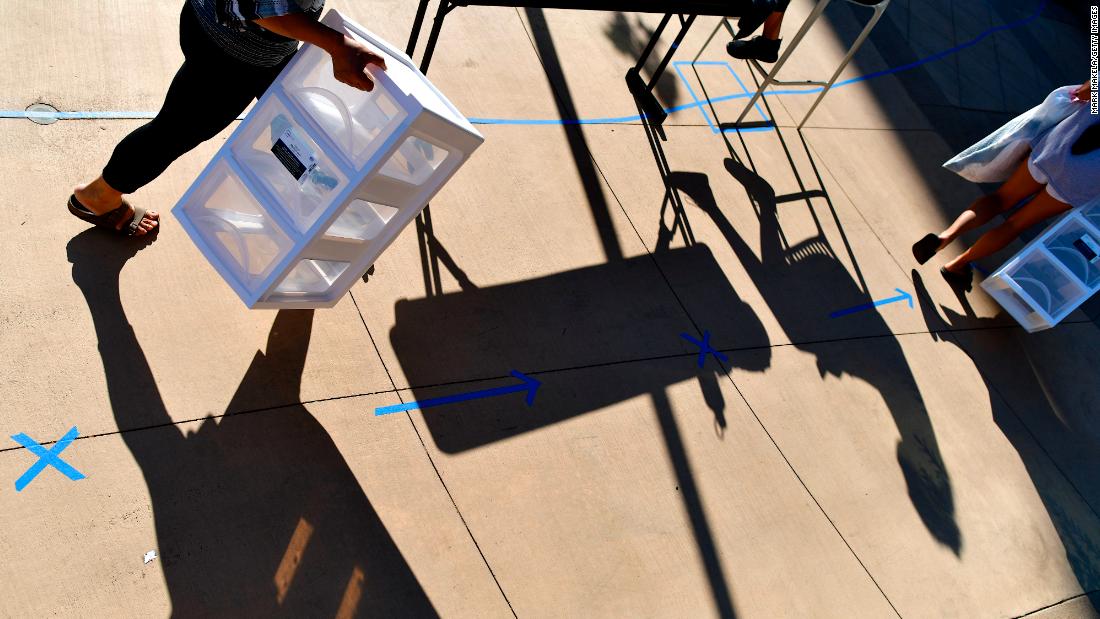 University of Notre Dame in Indiana is seeing a spike in Covid-19 cases since students returned to campus on August 3. As of Tuesday morning, 58 students have tested positive, according to the school’s online health dashboard.

On Sunday alone, 15 of the 30 tests were positive — the highest number of positive cases in a single day to date for the institution.

The growth started on August 10, when 4 out of 197 people tested positive. The university updates its numbers at noon every day.

Notre Dame began testing students before they arrived on campus. In a batch of 11,836 tests, just 33 tests came back positive, which amounts to 0.28% of the total.

Since school began on August 3, 160 people have tested positive at the University of Kentucky, according to the university’s Covid-19 dashboard.

A significant number of parties, which violated the school’s student code, has led to the rise in cases, according to the university’s director of executive communication, Sarah Geegan.

“We are working closely with the city to enforce the Code of Student Conduct, sharing information daily and meeting weekly to discuss issues of concern,” Geegan told CNN.

Western Kentucky University in Bowling Green reported 19 positive cases of Covid-19 among students and staff between August 7 and 13, out of 132 tests conducted during that period.

That’s a 14% positivity rate among those tested, but that only includes tests conducted at the Graves Gilbert Clinic and Med Center Health, according to the university’s dashboard.

The site says, “WKU is not informed of the number of students, faculty, or staff receiving a test from providers other than Med Center Health and Graves Gilbert Clinic at WKU,” so an overall positivity rate cannot be confirmed.

WKU’s next scheduled update to its Covid-19 dashboard is Friday.

East Carolina University in Greenville, North Carolina, reported 29 positive Covid-19 cases last week, a 7.8% positivity rate. Since students started returning to campus on August 5, the university has averaged about 30 new cases per week, according to the school’s Covid-19 dashboard.

In a letter to the campus community Tuesday, Interim Chancellor Ron Mitchelson shared his concern about how student parties have contributed to community spread.

“Last Wednesday, we tested 165 students with 5 positive results (about 3%). The low number of positives gave me hope that everyone was doing their part,” Mitchelson wrote.

“But then, the weekend comes and we see a small but visible fraction of our total student body scare us and the community with parties that are too large, too dense, unmasked, and irresponsible. While we had no party nearly as large as that reported in week one, we still had two dozen parties over the past weekend to which ECU Police and Greenville Police responded.”

On Monday, the university sent out an alert to the community about a new cluster of cases in a residence hall, but did not specify how many students were affected or how many are under quarantine.

All 155 students in one dorm at Colorado College in Colorado Springs, Colorado, have been forced to quarantine after the college learned of a student who tested positive and did not practice proper social distancing guidelines.

“Unfortunately, today we learned that the enhanced social distancing protocols — which we expect of all students as they await their test results — were not followed,” Acting Dean of Students Rochelle T. Dickey and Vice President and Chair of the Prevention Work Team Brian Young wrote in an email sent to the college community on Sunday.

“As a result, multiple people in Loomis Hall were exposed to this student, and Loomis Hall is now under quarantine for 14 days to mitigate further risk. Our 155 Loomis Hall residents have been notified to stay in their rooms except to use the restroom (while wearing masks.) All traffic into and out of Loomis is restricted.”

Northeast Mississippi Community College in Booneville, Mississippi, shared that “around 300” students are currently in quarantine, according to the school’s president, Ricky G. Ford, on the school’s official podcast.

Ford said the university has six or seven positive cases since school started last week and that “25 to 28 employees” are also under quarantine.

Northeast Mississippi Community College has around 3,200 students, which means around 10% of the student body is being quarantined.