How to tell if your chicken is cooked properly 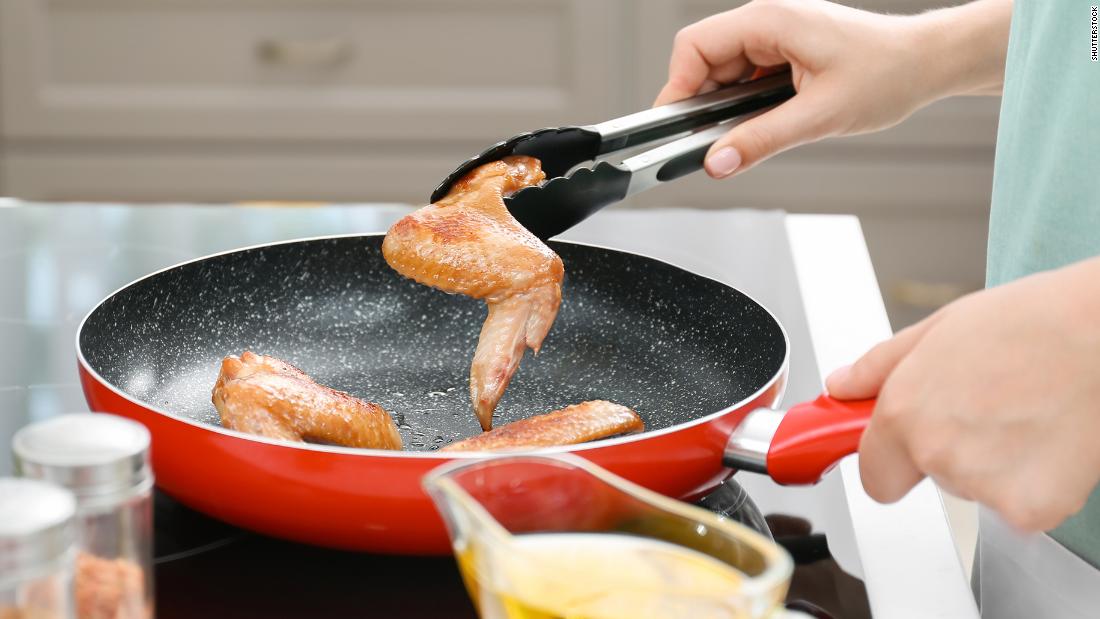 None of these methods is foolproof, and even a meat thermometer may have drawbacks, according to a new study that investigated how people in five European countries cooked chicken.

“Most people think you can look at the color change from pink to white and that suggests it’s ready,” said Solveig Langsrud, a senior scientist at the Norwegian Institute of Food, Fisheries and Aquaculture Research.

“We couldn’t find anything in the scientific literature backing this up, so we decided to look into it.”

The researchers surveyed 3,969 people and interviewed and recorded video of 75 people from different age groups as they cooked chicken in their homes in the UK, France, Romania, Portugal and Norway. They focused on three groups: young single men, families with infants and elderly people over 70.

They found the most common way of deciding whether the chicken was ready came down to the home cook’s gut feel — that is, timing it out based on prior experience of cooking a chicken fillet or other cut. Other methods that closely followed in popular use included looking at the surface of the meat, testing the texture with a fork or other implement and checking inside to see whether it were still pink.

The researchers said, however, that their lab tests showed that changes in the color and texture of the chicken weren’t reliable indicators of whether it was done — at least not on their own.

“The findings of the initial study corroborate multiple investigations that have reported that the majority of consumers continue to rely on sensorial qualities (color, juices, texture) to indicate that the chicken is fully cooked, and only a small number of them use a thermometer,” said Francisco Diez-Gonzalez, professor and director of the Center for Food Safety at the University of Georgia in Griffin, Georgia.

The study published Wednesday in the journal PLOS ONE.

The heat is on. But how high do you go?

Undercooked chicken can harbor harmful pathogens like salmonella and campylobacter. High temperatures can kill these microbes, but enough may survive to cause illness if meat is undercooked.

Lab tests conducted by the researchers, however, found that most of the change from pink to white in a chicken fillet takes place at core temperatures below 131 F (55 C).

What’s more, they said changes in texture — from glossy to having fibers — between 131 F and 158 F (55 C and 70 C) “were so similar that it was unlikely that most consumers could distinguish between an unsafe cooking of chicken breast fillets based on texture.”

They tried to assess at what temperatures juices run clear, but the team was not able to draw any firm conclusions.

Only 6.8% of the people surveyed in the study said they used a meat thermometer. The researchers evaluated eight different types and found that they weren’t always reliable, with the cheapest model they tested showing a temperature of 146 F (63.4 C) at 158 F (70 C). What’s more, some thermometers were slow to give an accurate reading, making them inconvenient, they said.

Langsrud also stressed that using a meat thermometer alone was not enough in her view, with their lab tests suggesting that bacteria could be found on the outside of a cooked chicken fillet even if the core temperature tested above 158 F (70 C).

She said that even if a chicken breast is flipped and cooked on both of its “horizontal” sides, there are still parts of the chicken breast that may not touch the cooking surface.

However, Diez-Gonzalez said that while pathogens could remain on the surface if it was in the same position the entire cooking time, he was skeptical they would survive if the chicken fillet was flipped during cooking.

Langsrud said she only used a thermometer when cooking whole chickens or meat joints. She recommended using multiple ways to test whether your chicken is done to a tee.

“I think the most important thing is to make sure all surfaces are cooked well,” she said.

“If you are frying, make sure all surfaces touch the heating plate or cook in a sauce after frying, and when you cook a whole chicken make sure surfaces are exposed,” she said.

“And then check the core meat temperature and the color. It has to be white, but that’s not enough. You also need to see it’s changed its texture — with fibers — and it’s not glossy,” she said.