How to talk with your Black friends about race 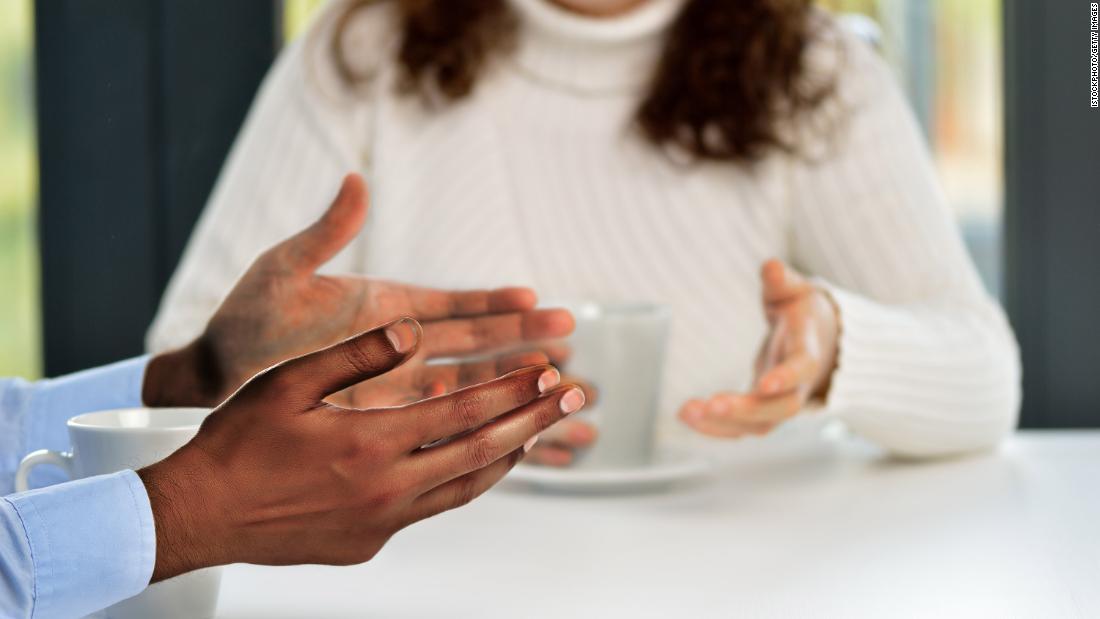 I’m Black and one of my close friends in 2015 was White. As protests unfurled and people posted and debated online about the controversial, oft-polarizing movement, my friend tweeted, “Why on earth does someone have to apologize for saying ‘all lives matter’?”

I texted my friend to ask whether she wanted an answer to her question or if her query was rhetorical.

“I’m just saying I don’t think it’s fair; it’s the only time I’ve ever said anything about politics so I don’t really wanna get into it,” she texted back.

Though I had thoughts to share, she refused to have a conversation because she thought it might come between us.

I was shocked, hurt and confused that she wouldn’t talk with me. Here was a friend I’d spent many formative years with — we’d laughed, cried and grown together. We’d been there for each other when it came to school strains, friend dramas and hardships. But discussing race was a bridge we couldn’t cross together.

Her refusal to talk to me did come between us. I had to continue forward into social tension alone — while she stayed behind on solid land, safe.

Don’t refuse to talk about racism

By hesitating to talk with your Black friends about race because you’re worried about upsetting the ease of the relationship, you’re refusing the gift of growing through dialogue, said Jennifer Harvey, a professor of religion at Drake University in Iowa and author of “Raising White Kids: Bringing Up Children in a Racially Unjust America.”

You’re also asking Black people to carry a burden that is not their own — one of “White ignorance, complicity and silence in their lives,” Harvey said. “I talked in my book about racial scripts that we’re all living in this larger play that’s been written for us and we’ve been handed the role.”

“Authentic relationships can only be grown when we disrupt the script and find [justice-oriented] ways to move past those rules,” she said.

When you refuse to have a hard conversation about racial injustice, you’re telling your friends that you’re not interested in their experiences as human beings. And you’re also saying that you’re willing to accept racism and let it sit between you as if it’s not there.

Talking about race can be tough, especially in such emotionally charged times. But it’s important because diversity goes beyond the surface level that is skin color. And while friendships can allow for joy and celebration, deeper relationships require connecting with people during their hardest experiences.

Here are a few tips for having those conversations.

Show that you care

Even if you’re knowledgeable about racial issues, you might still have blind spots when it comes to understanding the experiences of and support needed by people of color, said Shadeen Francis, a licensed marriage and family therapist, professor and author who specializes in sex therapy and social justice.

If you feel solidarity with your Black friends, Francis added, be vulnerable and say you don’t know how to support them — but that you want to let them know that you care, love them and are thinking of them.

Don’t ask a bunch of pointed questions about how they’re doing or request they explain their feelings. That kind of prodding can “feel invasive,” Francis said, because “to experience racism is trauma.”

“Even though everyone is impacted by racism, [that] is a person who represents power or privilege often asking or seeking information from the person who is grieving a traumatic experience.”

With the frame of grief in mind, ask yourself how you would approach someone who is grieving, Francis said.

Make room for your friends to be able to express themselves if they have any hurt feelings or grievances with you that they’ve been wanting to share. And don’t expect a response.

If your friend is open to talking, it’s important to listen without trying to invalidate his experiences, said Beverly Tatum, a psychologist, former Spelman College president and author of the classic books “Can We Talk About Race?” and “Why Are All the Black Kids Sitting Together in the Cafeteria?”

“Sometimes what happens when Black and White friends are talking and particularly when the Black person is talking about something that has happened — maybe a microaggression that has occurred or upset them — the White person’s response is discomfort,” Tatum said. And the discomfort can be even greater if your friend’s upset is about something you did.

Avoid trying to minimize the situation by telling your friend her experience wasn’t that bad or that she’s being oversensitive. Don’t blame her for or deny it. Validating her sounds like responding with, “That’s hard. I wish that hadn’t happened to you.” Or, “What can I do to try to address it?”

Also keep from making the conversation about you instead of your friend’s issues. If you start crying, your friend might feel that they’re responsible for comforting you. Continuing to have these talks can help you build the stamina you need to be a better listener.

Tune into the emotions your friend is sharing, whether in words or body language. Prioritize understanding her feelings over the details of her story, regardless of whether you agree or your experience. When she’s done speaking, reflect back what you heard and understood. Give her the opportunity to address anything that was potentially misinterpreted or filtered, Francis said.

Those questions include: “What I heard you say was that you felt discriminated against. Can I make sure I understood that correctly?” “Is what I’m thinking or feeling what you wanted me to take away from this?”

“While those are not necessarily organic ways for us to be in conversation with other people, that is actually part of the problem — we actually don’t do a good job listening to one another,” Francis said. “So we have so many misunderstandings or just superficial conversations where we really miss opportunities to connect more deeply. So these [questions] might be an invitation for us to learn how to go deeper with one another.”

Be careful with apologies

When acknowledging how you might benefit from systemic racism although you didn’t own enslaved people, it might feel natural to apologize to the Black people in your life. But though well-intentioned, apologies aren’t particularly helpful, Francis said.

“An apology without action is empty,” she explained. “So to apologize for [racism] that is not new … and that you benefit from doesn’t actually serve the goal of being supportive. Then it also feels like the other person’s responsibility to somehow make that right by saying, ‘It’s fine.'”

You can’t apologize on behalf of others, but you can apologize for any of your own specific faults of complicit racism if applicable.

Look within to determine why you want to apologize. If it’s because you’re feeling guilty, hurt or sad over current events, know that it’s not your friend’s job to process your emotions along with hers.

If it’s to prioritize supporting him, that apology might sound like saying you’re sorry because you either didn’t know, were ignorant to, weren’t paying attention to, weren’t listening to or are just realizing the seriousness of racial issues. Then follow up with what you’ll do differently.

Otherwise, “an acknowledgment of what you see happening is enough,” she added.

Ask whether there is something you can do to help, or leave an offer on the table for something that you’d like to do, which they can accept if they want to.

You can also take it upon yourself to do the hard work needed to dismantle systemic racism, Francis suggested — that means doing your research, listening to the experiences of Black people, volunteering, exploring your known and unconscious biases and understanding how your racial identity influences your societal privilege.

“Ally is an active position,” she said. “The conversation is the start, but [it’s also] what allows us to get clear and be informed about what work needs to be done and how we can participate.”

Pull signs from your fear

Most people don’t learn a lot about how to support those who are grieving, so approaching the matter can feel really awkward.

If you and a Black friend are discussing race and her points become hard to hear, take a beat. Talking about race is only challenging because you don’t have experience having the conversation.

Maybe there’s more education or support you need in order to better show up for her.

“Just know that yeah, you might feel uncomfortable and you might say the wrong thing, but you can own that and learn from that moment and continue to move forward,” Francis said.

We all have unique identities that inform our equally varied experiences in the world. By making space for all of them, we acquire greater knowledge, understanding and acceptance of all lived experiences and respect others’ humanity.

“If we’re unable to really make space for difference,” Francis said, “we are doomed to continue to reproduce these hierarchical systems of oppression. If I can only see and make space for people who look like me, I maintain a system of othering in which people do not get to be seen.

“And silencing is a huge piece of oppression — if I can’t see you, if I can’t learn about or understand you, then I have no way of preventing my capacity to do you harm.”