How to safely avoid sunburn in the age of coronavirus 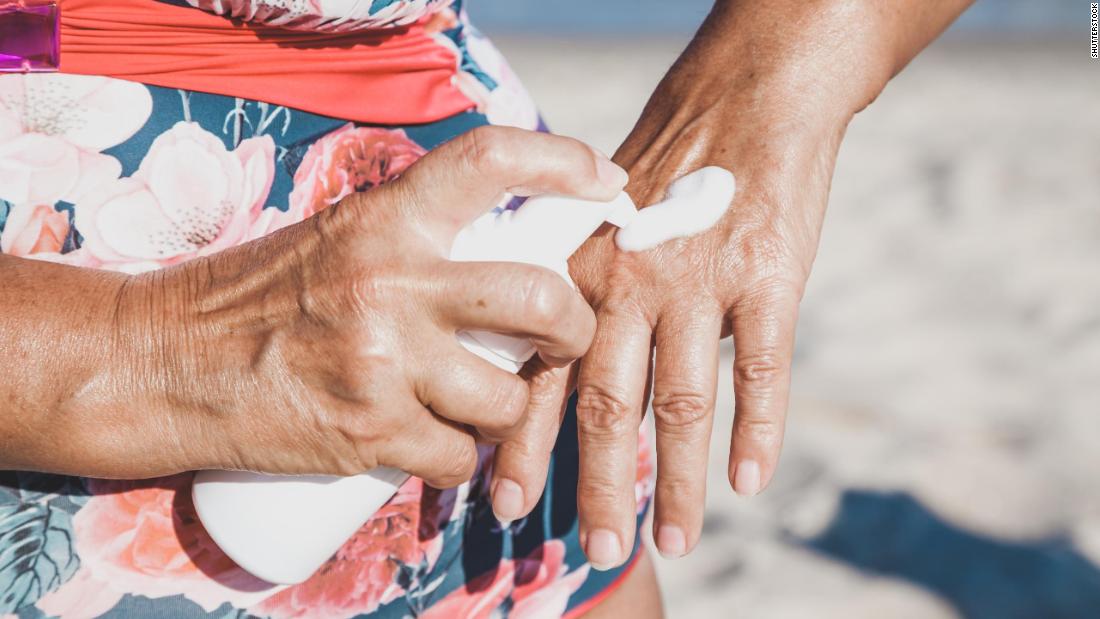 Of course, you’re using safety precautions to protect yourself from the virus — walking 6 feet or more from others, wearing a mask, avoiding touching your face, washing your hands — but have you thought of the necessity of protecting your skin?

The danger of skin cancer certainly hasn’t disappeared during the age of coronavirus, and using sunscreen is more important than ever, experts say.

But before you slather on some sunscreen, you might want to check out the 2020 list of safer sunscreens put out by the Environmental Working Group, or EWG, a consumer organization that advocates for sunscreen safety.

And maybe you’ll want to try the old-fashioned “slip, slap, slop and wrap” technique suggested to CNN by Dr. Len Lichtenfeld, the deputy chief medical officer for the American Cancer Society: “Slip on a long-sleeve shirt, slap on a wide-brimmed hat, slop sunscreen on exposed skin and use UV-protective sunglasses that wrap around the eyes when out in the sun.”

That’s because choosing a safe sunscreen isn’t as simple as popping into a store (mask on, of course) and grabbing the nearest option off the shelf.

Last year the US Food and Drug Administration called for additional testing of a dozen common sunscreen ingredients after finding that alarming levels of six of them can enter a person’s bloodstream after just one day of use — and then last in the bloodstream for seven to 21 days.

“What is most alarming about these findings is that chemicals are absorbing into the body in significant amounts and the ingredients have not been fully tested for safety,” said EWG senior scientist David Andrews in a CNN interview done when the study was released last year.

At the time, the Personal Care Products Council and the Consumer Healthcare Products Association countered: “The presence of these ingredients in plasma does not suggest a safety issue, and there were no serious drug-related adverse events reported in the trial.”

One popular ingredient used in US chemical sunscreens, oxybenzone, was absorbed into the body at about “50 to 100 times higher concentration” than the others tested in the 2019 study, Andrews said.

Research has shown a potential link between oxybenzone and lower testosterone levels in adolescent boys, hormone changes in men, shorter pregnancies and disrupted birth weights in babies. However, researchers cautioned about assuming an association between exposure and those outcomes.
A 2008 Swiss study found oxybenzone or one of four other sunscreen chemicals in 85% of breast milk samples, sparking concern that newborns could be exposed. A 2010 study found another of the studied chemicals, octinoxate, in breast milk.
Also in 2008, the US Centers for Disease Control and Prevention analyzed urine collected from Americans by a government study and found oxybenzone in 97% of the samples.
Then there’s the possible environmental impact: Studies find that oxybenzone and octinoxate appear to damage coral reefs. Both Florida and Hawaii have placed restrictions on the use of sunscreens with those ingredients.

The FDA has been working on more stringent guidelines on sunscreen testing and safety for decades. In 2019 the agency proposed what was to be a set of final rules that placed safety testing requirements on manufacturers, a stipulation that had not been in place before.

“There have been a number of technological advances in the formulation of sunscreens,” the FDA wrote in the proposed regulations, which “have led to currently marketed products with more active ingredients combined together in higher concentrations than were previously used.

“These changing conditions of use and differences in sunscreen formulation may also lead to greater absorption and possibly additional risks,” the FDA added.

“Most people are not aware, these chemicals are in fact considered drugs,” Lichtenfeld told CNN when the FDA proposed the regulations last year.

“The FDA is now saying we need to treat them like drugs. We need to understand much more about how they work, and we really need to know about their safety as well,” Lichtenfeld said.

As 2020 began, the proposed rules were in a public comment phase, but now all that has come to a halt, EWG’s Andrews told CNN Wednesday.

Two sections tucked into the March Coronavirus Aid, Relief and Economic Security Act, or CARES, rewrote the law on the regulation of over-the-counter drugs, which includes sunscreens. “In effect [it] says that all currently used sunscreen ingredients are safe and effective as written in 1999,” Andrews said.

In addition, the act requires the FDA to propose new sunscreen regulations within 18 months.

“It is my understanding that the FDA is likely to re-propose the draft rule from last year and require the same studies it asked for before,” Andrews said. “That said, it has not yet happened and sunscreen regulations remain where they were previously.

“For consumers, this currently means that products on the shelves remain the same. Stronger UVA protection standards have been delayed,” he added.

How to protect from the sun

All of this uncertainty may leave consumers unsure of what to do, and experts worry some may forgo the use of sunscreen altogether. But, experts warned, that’s an even worse idea than exposing you or your family to chemicals that have not yet been proven to be harmful.

To provide consumers with vetted choices, the EWG puts out a yearly sunscreen guide. For its 14th Annual Sunscreen Guide, the group said it analyzed the ingredients and performance of more than 1,300 products with sun protection factors, 700 of which are marketed as beach and sport sunscreens.

The analysis involved only a fraction of the sunscreen products sold in the US, which the FDA estimated may number more than 12,000.

The safest choices are always the two types of mineral (not chemical) ingredients that are considered safe and effective by the FDA: titanium dioxide and zinc oxide.

Sunscreens made with minerals physically deflect and block the sun’s rays, as opposed to sunscreens with chemical filters that absorb the UVB rays and release heat as they break down.

In fact the SPF (sun protection factor) of sunscreens applies only to the UVB rays that cause sunburn and not the UVA rays that also damage and age the skin.

Experts say UVA rays penetrate deeper into the skin and into the tissue and can cause long-lasting damage. That’s why dermatologists recommend always using a sunscreen labeled “broad-spectrum,” which protects against both.

Titanium dioxide and zinc oxide protect from both UVA and UVB rays. Another plus — the ingredients don’t appear to harm the environment.

And of course, it’s always a great choice to use common sense practices as well to protect your skin from harmful rays. Wear shorts, shirts, pants and hats to help block dangerous rays and apply safe sunscreens to exposed skin. Wisely choose your time in the sun by avoiding the most intense rays between 10 a.m. and 4 p.m. Seek shade whenever possible.