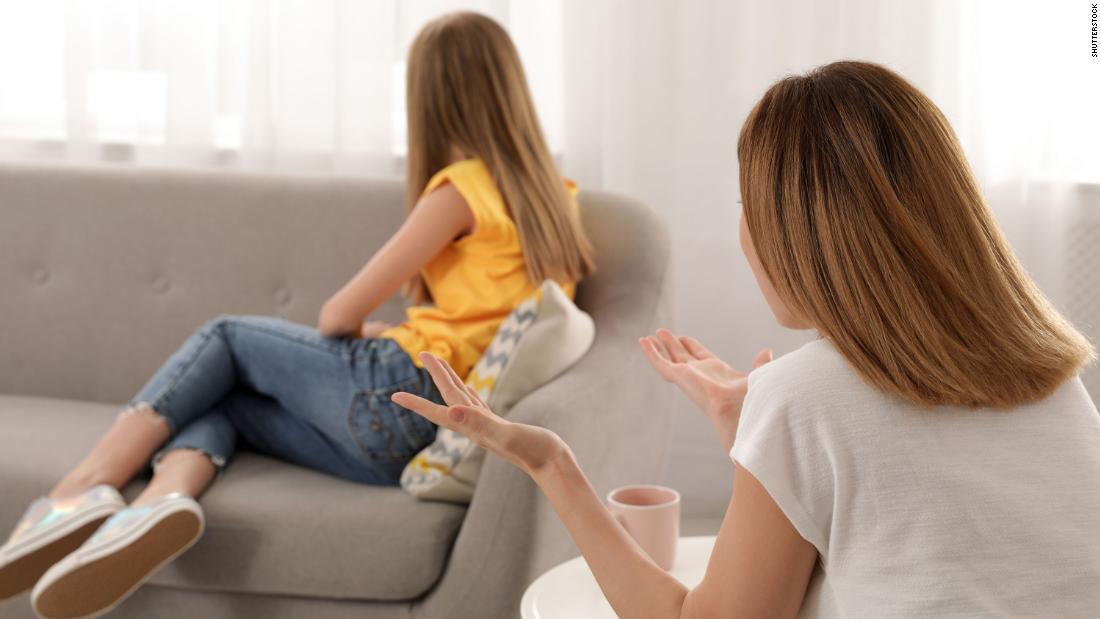 “That seems to be his sole pursuit in life,” she said.

These days, it’s difficult to decide how to discipline her son considering his limited options for entertainment. And anything she’d take away is what allows her reprieve when she needs it.

Kids may be pulling back from responsibilities or acting out now because they’re sad or frustrated over how the pandemic has changed their lives.

When those instances occur, there are ways to watch out for the deeper meaning, help them cope and use those situations as teaching moments.

But what about when kids go too far? It can be complicated to find a balance between leniency and strictness during this time, especially as parents balance the roles of guardian, teacher, entertainer and friend. The good news is there are productive methods for what to do when you need to lay down the law.

Know the purpose of discipline

Discipline isn’t simply about punishing a child who has done something “wrong.” It’s about explaining what would have been the appropriate behavior and acknowledging it as the child improves, so they’re continually motivated to behave well.

The function of discipline is to socialize a child as a functioning member of society by teaching him or her about what it means to be a member of the family and eventually the wider society, said Joshua Coleman, a psychologist in private practice in Oakland, California and senior fellow with the Council on Contemporary Families.

That includes learning how to communicate, inhibit impulses, tolerate frustration and communicate needs in a way that maximizes the probability of other people wanting to meet those needs, he added.

Discipline also involves explaining how to productively address unpleasant feelings and how to repair relationships if others’ are hurt by their actions.

The word “discipline” often carries a negative connotation, but in its best form discipline is a way to help teach kids internalized rules that their impulsive nature may resist, Coleman said. It should be rehabilitative more than punitive, and consequential only when necessary.

“Many parents are trying to do their best juggling remote work, child care, online schooling, housework and cooking,” said Mary Alvord, a Maryland-based psychologist specializing in treatment of youths and coauthor of “Conquer Negative Thinking for Teens.” This brings fatigue and frustrations which can result in parents reacting to negative behaviors by punitive means.
“Parents are role models and need to calm themselves first to make an impact,” she said. “We know that what works best with discipline for children is structure, consistent limit setting and attention to what they are doing correctly.

“Discipline doesn’t equal punishment and I think that’s where parents go wrong. If parents start just reacting to the negative, it becomes extremely punitive and it also can harm the relationship.”

Responding with negative reinforcements such as yelling, screaming or spanking may get your child’s attention in the moment, but it may reinforce the behavior long term if it’s all you’re paying attention to, Coleman said.

Instead, positively reinforce good behavior to get them to focus on what you want them to do, achieving the ultimate behavior you want in the long term, Alvord suggested.

Make little comments that show your kid you appreciate the effort he’s making. Give them physical affection, and talk with them about what would cause better behavior and how you might reward it.

“Parents need to shift out of the rule of being managers and more into the role of consultants,” Coleman said. “The language of consultants [says] you can do X or Y if you want to, but the consequences are this.”

“It’s important for parents to explain clearly the behavior that is acceptable — what they want them to do — as well as how their behavior was unacceptable,” Alvord said. “If you only tell kids why it’s unacceptable, you are not communicating what you expect of them.”

You could post reminders on the refrigerator, Coleman said. Have regular family meetings where the child or adolescent can provide input, but doesn’t have the final say.

“The more that it’s kind of a collaborative enterprise where the child feels like they have some say and their autonomy is respected, the better it’s going to go,” he added. “When they feel that this is just sort of coming on high from an authoritarian place, we know that children are much more likely to resist that.”

How to approach specific situations

Positive reinforcement is a core principle of improving behavior, but different situations call for more details.

Is your adolescent disrespecting you with the words they say? Be clear about what specific speech is considered disrespectful and what isn’t, and explain how they can change their words, tone and facial expressions, Alvord said.

You could say, “‘You can tell me I’m a bad parent if you want to or whatever, but you can’t yell at me and you can’t call me names. If you’re going to do that, then I’m just going to walk out of the room, and when you feel calmer, we can resume the conversation,’ ” Coleman said.

Are your kids fighting? Try to understand any frustrations or jealousies potentially motivating that behavior. Then attend more to the emotionally or physically wounded child first, Coleman said. If you threaten the perpetrating sibling, his or her behavior may be more likely to occur in the future than if you had comforted the distressed child first.

Catch children doing something right, especially when they choose to healthily respond to frustrating situations. If you see your children playing well together, positively reinforce that behavior by acknowledging how amicable they’re being. If your daughter is frustrated by her brother but decides not to be angry or tease him, tell her that you noticed how great of a job she did and that it seems she’s really working on trying to behave better.

“The more it comes from an affectionate, collaborative tone, the more your kid is going to be interested in changing their behavior,” Coleman said.

Did he make a mess or destroy something in the house? Have him clean it up before moving on to the next activity. Depending on his age, have him earn the money to replace whatever he broke, Alvord suggested. If the item belonged to someone else, have him do something nice for that person to aid repairing the relationship.

Are your teenagers sneaking out? During these times, that behavior may require serious consequences because they could be endangering the family, Coleman said. Talk with them about it and empathize with what this crisis feels like for them.

“Most of the time children or even teenagers don’t know how to express their feelings in ways that are really, really clear,” Coleman said. “And that’s why it’s incumbent on parents to be able to help them have those conversations.”

But also let them know that being a member of the household means having to respect other members and the rules, and of the gravity of breaking them, he added. Give them incentives by saying if they come home past curfew, you might not let them borrow your car. If they return with an empty gas tank, communicate that they’re showing you they’re not responsible enough to borrow your things and that you’ll revisit the conversation in a month.

“It’s kind of a punishment, but it’s also a natural consequence that’s tied to a disciplinary lesson that they can extend into the rest of their lives — that if they borrow something from someone, they need to return it in as-good shape, if not better shape than it was,” Coleman said. “Or people aren’t going to want to lend you things in the future.”

When you’re trying to establish a personal balance between leniency and strictness, pay attention to what is or isn’t working. Some kids do well with more strictness, while others become more aggressive.

Productive discipline starts with you

Kids are who need to learn from whatever disciplinary action you take, remember that positive discipline “occurs in the environment or in the context of [your] own feelings of self-esteem and self-care,” Coleman said.

“The more you as the parent can say these consequences in a calm, even affectionate way … the better your message is going to be delivered,” he added. “If you just go into a rage, then really whatever good lesson you want to impart is going to be lost.”

This doesn’t mean you have to be an ideal parent to properly discipline your child. If you do lose your temper, apologize and make amends. Remember that overexposure to one another can be another source of aggression from both parties, so take breathers from one another when necessary.
But caring for yourself can give you the resilience, energy and patience needed to respond to your defiant child with positive guidance instead of reactionary frustration. And it can cultivate an environment of mutual trust and openness, which serves a dual purpose: It can motivate them to behave well and remind them to come to you, a reasonable, understanding person, when they encounter sticky situations in their adolescence, Coleman said.

“There are so many parents who feel so overwhelmed with feelings of guilt and then adequacy, and it’s hard to be a positive parent when you’re feeling like that,” Coleman said.

“Sometimes it’s important to prioritize their own self-care over what their child might need at any particular moment,” he added. “I’m not suggesting everybody neglect their child, but there are times that you have to make a choice.”

Self-care can help your child behave better, too.