How this tiny beetle could help millions of allergy sufferers 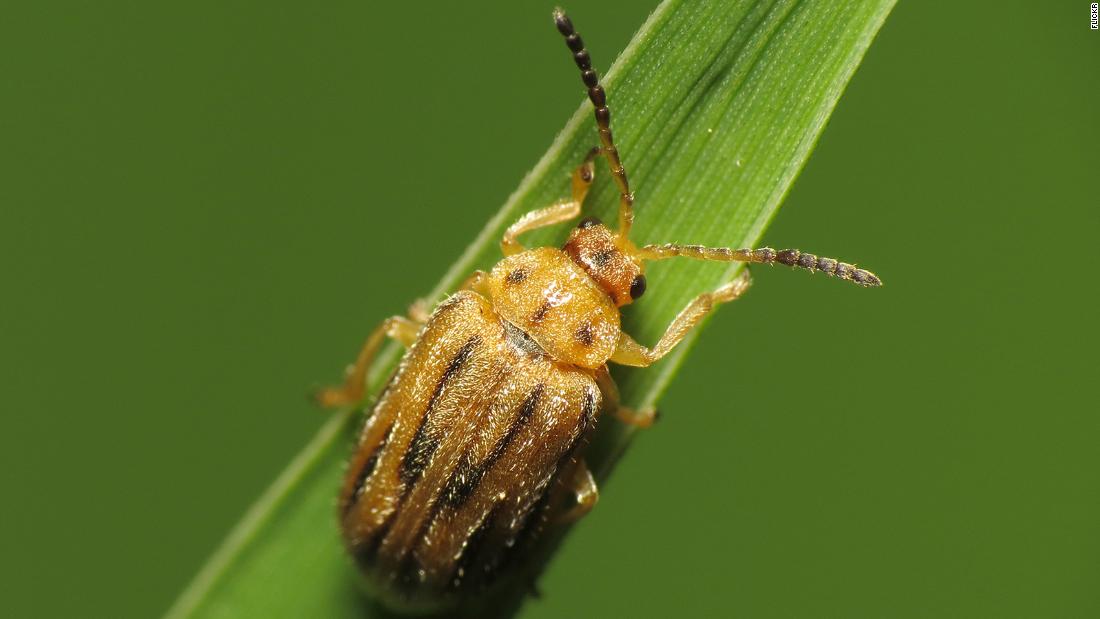 Ragweed plants packed with lightweight pollen that spreads easily are a common trigger for hay fever symptoms such as these.

It’s one of the most common weed allergies, affecting 23 million Americans and around 13.5 million people in Europe.

But a tiny leaf beetle that munches on the ragweed’s leaves and flowers can dramatically reduce the amount of pollen it produces, offering relief to hay fever sufferers — at least in some warmer parts of Europe, scientists say.

The beetle, officially known as Ophraella communa, is native to North America but was accidentally introduced in Europe around 2013. It was first recorded in southern Switzerland and northern Italy, likely hitching a ride on a plane and arriving at Milan international airport, said Heinz Müller-Schärer, a professor in the department of biology at the University of Fribourg in Switzerland and an author of the new research.

The study, which published Tuesday in the journal Nature Communications, estimates that the bug could reduce the number of people in Europe with ragweed-related allergy symptoms by approximately 2.3 million and the associated health costs by 1.1 billion euros ($1.2 billion) a year.

Common ragweed (Ambrosia artemisiifolia) is native to North America, but since the 1800s has invaded different parts of the world — and its spread and impact are thought likely to increase with climate change.

In northern Italy, where the beetle was first detected in Europe, the study said that most ragweed plants had been prevented from flowering by the leaf beetle, with field studies showing that the bug can reduce pollen production by 82%.

“A few beetles can defoliate a large Ambrosia plant in two to three days completely, then they regrow but are eaten up again. Ophraella is a feeding machine 24 hours a day,” Müller-Schärer said.

However, the beetle is likely to be less effective in reducing ragweed pollen in cooler parts of Europe, where the bug is likely to only produce one generation a year compared to up to four generations annually in Italy.

Besides northern Italy, where the beetle has already significantly reduced airborne pollen concentrations, the study suggested that people in Balkan countries that have a similar climate, such as Croatia, would benefit most if the leaf beetle was introduced to control ragweed.

The leaf beetle has been deliberately used elsewhere in the world to control the plant, although largely for agricultural reasons rather than to combat allergies. In China, the bug is mass-reproduced and actively distributed to control the spread of ragweed.

In North America, the beetle’s native home, the authors said the bug was less effective at reducing pollen because it has more predators there than its new ranges in East Asia and Europe.

“It is more difficult to build up high enough insect densities to control a weed in the native range,” said Urs Schaffner, co-author of the research and head of Ecosystems Management at CABI, a not-for-profit scientific research organization.

The authors said there was also a risk that the beetle could munch on and potentially harm other related plants like sunflowers, although there have been no reports of the bugs damaging sunflowers in the US.

“Under normal conditions, the risks associated with weed biological control agents are assessed prior to its release into the new range,” said Schaffner in an email. That wasn’t the case with the accidental introduction of the leaf beetle, but “results from the studies we have initiated so far indicate that the risks are (luckily enough) low.”

The authors said their work suggested that policy makers in “climatically suitable areas of Europe” should assess the risks and benefits of a “deliberate distribution” of the leaf beetle to help allergy sufferers.