How mosquitoes evolved to be attracted to humans, and what that means for the future 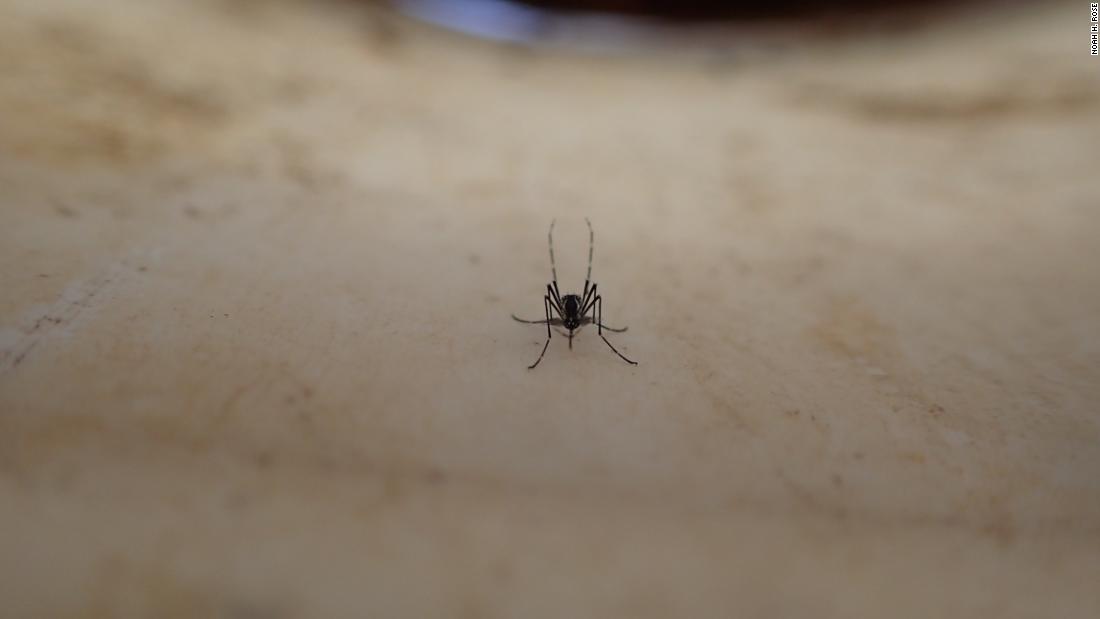 There are about 3,500 species of mosquitoes around the world, but only a few are responsible for spreading infectious diseases to humans.

But how did Aedes aegypti mosquitoes evolve to specialize in biting people? New research published today in the journal Current Biology has revealed that two factors play a major role: dry climate and city life.

“At first we thought that mosquitoes who lived around people would simply like to bite people and that those who lived in the forests wouldn’t like to bite humans,” Rose said. “We were really surprised that that wasn’t the case.”

That’s where the second factor — dry climate — comes in. In areas with harsh dry seasons, such as Africa’s Sahel region, extending from Senegal to Sudan and Eritrea, mosquitoes evolved to have a strong preference for humans.

“Mosquitoes are dependent on containers of water for their larvae,” Rose told CNN. “So in places with an intense long dry season, mosquitoes become very dependent on humans who store water.”

The mosquitoes’ evolution to bite humans is a by-product of their dependency on breeding in areas close to human city life. That means urbanization in the coming decades could lead to even more human-biting mosquitoes in the future.

Sub-Saharan Africa is expected to see an increase in the total number of births over the next several decades, as well as increasing life expectancy, according to population projection data from the United Nations. That means a projected population increase of 1.05 billion in sub-Saharan African countries in the next three decades, for an estimated total population of more than 2.1 billion people.

The new research predicts this rapid urbanization will drive further mosquito evolution, causing a shift toward biting humans in many large cities by 2050.

“We should be watching these mosquitoes,” said Rose, noting that the future of mosquito adaptations is still uncertain.

“We don’t really know what will happen when the urbanization of sub-Saharan Africa moves beyond what we see in the present day. But we know something will happen and we think that it will be a shift to biting more human hosts.”

That means the way mosquitoes spread disease could also change.

If scientists and public health officials can be aware of how urbanization and climate change will affect mosquitoes, Rose said, people can be better prepared to deal with the changes in the way disease is spread.

But in the short term, researchers said that climate change isn’t expected to drive major changes to dry season dynamics that impact the mosquitoes’ behavior.

Mosquitoes can thrive in different habitats

It took more than three years for the international team of scientists to conduct the research and collect mosquito egg samples from a wide range of habitats across 27 locations in Africa.

“I was surprised that immediate habitat didn’t have much of an effect — mosquitoes in forests and nearby towns had similar behavior,” Rose said.

“We thought that maybe moving into human landscapes would be a key driver of attraction to human hosts. But it seems like mosquitoes fly back and forth too readily between these habitats for their behavior to diverge in many cases.”

Mosquitoes can thrive in a “mosaic of habitats” within the same region, which makes preventing mosquito-bourne illnesses an even greater challenge, he added.

“Even if you got rid of the human-biting mosquitoes in one place, there’s a huge diversity of mosquitoes in a habitat. They’re really good at solving problems and surviving in different habitats,” Rose said.

The World Health Organization has said mosquito control can effectively reduce the transmission of vector-borne diseases like Zika and yellow fever, but “mosquito control is complex, costly, and blunted by the spread of insecticide resistance.”

More than half of the world’s population lives in areas where Aedes aegypti mosquitoes are present, according to the WHO, and mosquitoes cause millions of deaths every year, making them one of the deadliest animals in the world.

Protect yourself from mosquitoes

For people living in or traveling to areas where mosquito-borne illness is prevalent, there are a few things you can do to prevent mosquito bites, according to the US Centers for Disease Control, National Institutes of Health and WHO: