How many people have coronavirus? Sometimes, it’s just a guess 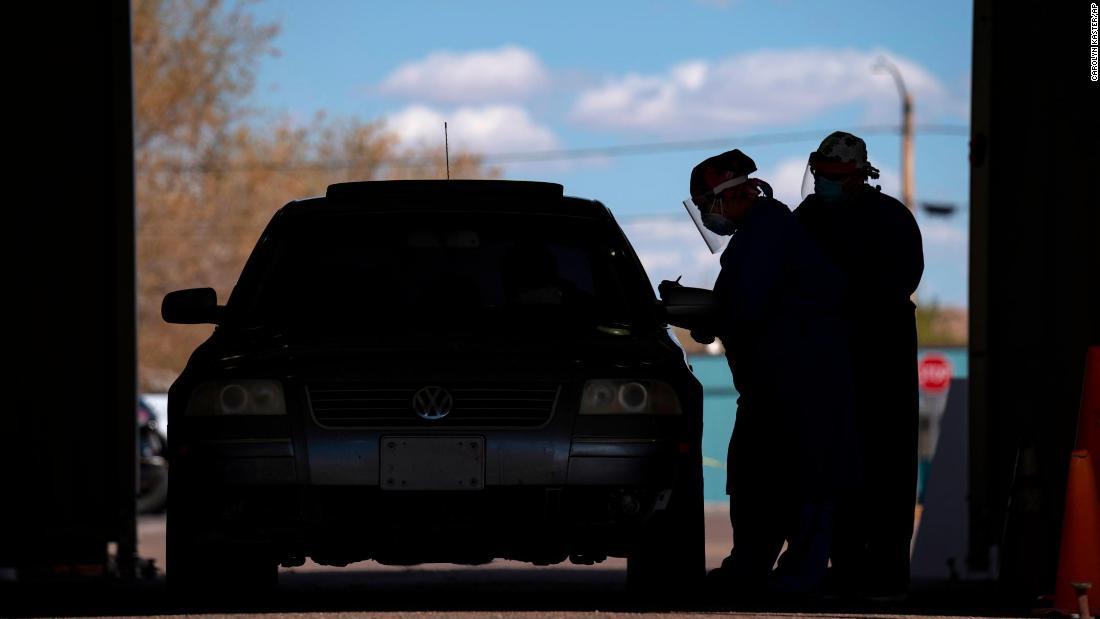 The doctors treating him were certain he was infected with the new coronavirus. It was mid-April — the height of the outbreak in the Boston area. The patient had trouble breathing and had other symptoms.

But the first swab test for coronavirus came back negative. A second test, 24 hours later, came up negative, too. So they tried a different approach.

“The clinical team reached out to me for help in testing a tracheal aspirate,” Dr. Michael Misialek, a pathologist at Newton-Wellesley Hospital outside Boston, told CNN.

That’s a test that takes a sample from deeper in the respiratory system. It uses a different technique, but doctors are increasingly reporting that they cannot find evidence of Covid-19 infection until they perform such tests.

This tracheal secretion came back positive. “That allowed the team to enroll the patient in a clinical trial,” Misialek said. He was treated with one of several immune-based drugs being tried out on coronavirus patients. “The patient recovered and was discharged,” Misialek said.

In London, Dr. Michael Levin has been seeing similar cases. Levin has been treating youngsters with multisystem inflammatory syndrome in children or MIS-C, a rare but worrying condition that appears to be a post-viral response to coronavirus infections.

Children were arriving at hospitals severely ill, but were not testing positive for coronavirus. “Only a third of the children were PCR positive for SARS-CoV-2,” Levin told a briefing organized by the US Centers for Disease Control and Prevention. Polymerase chain reaction or PCR tests are the slowest but most reliable tests for a viral infection.

Only after sometimes repeated testing of bronchial samples or even stool were many of the children diagnosed with coronavirus. Still others only tested positive after being given antibody tests, which only work after the body has begun a sustained response to the infection.

In New York, Dr. James Schneider was having similar problems with MIS-C patients. “All the children with this syndrome we are testing at least two times,” Schneider said during the CDC briefing. “PCR testing is not always accurate.”

These doctors were all very motivated to make sure their patients were diagnosed correctly, so they could get the best treatment possible. But most people with suspected coronavirus are being tested just once, and those results are being recorded as if they were the last word.

They often are not, says Mike Osterholm, head of the Center for Infectious Disease Research and Policy (CIDRAP) at the University of Minnesota. “It’s a mess out there,” he told CNN. “The data are really kind of screwed up.”

Dozens of tests are on the market, but their reliability varies greatly. Polymerase chain reaction (PCR) tests, which look for evidence of the virus, are usually reliable, Osterholm said. But not always.

Some studies are beginning to indicate that when patients are severely ill, the virus is replicating deeper in the respiratory system, beyond the reach of the swabs used for most of the testing, Misialek said.

“The traditional way that we diagnose virus is usually through a nasopharyngeal swab that goes up into the back of the nasal passage,” he said. But what if the virus isn’t replicating there? A swab test will indicate someone is virus-free, even as the coronavirus is busy replicating in the lungs or even in the intestines. “As the disease progresses, the likelihood of a positive result goes down,” Misialek said.

Other factors affect testing accuracy, also. “It can depend on the stage of disease,” Misialek said. “Virus is most likely to be detected one to two days before they are actually symptomatic, and up to four days after. That’s about a one-week window you have to catch it.”

Plus some tests require specific solutions called media that the swab goes into, so the virus can be washed out and measured. Others have specific requirements for transporting the test swab to the machine that processes the sample.

“It may not be the test’s fault,” Misialek said.

That was the problem with Abbott’s quick test — the test advertised as taking 15 minutes or less, heavily used at the White House, that is now undergoing US Food and Drug Administration scrutiny after researchers questioned its accuracy. A team at New York University said it might be missing up to half of cases. Abbott accused the researchers of disregarding instructions for using the test.

But if people cannot use a test correctly, it doesn’t matter whether it’s the manufacturer’s fault, said Dr. Eric Schneider, Senior Vice President for Policy and Research at the Commonwealth Fund.

“The company might test under ideal conditions and find it reasonably sensitive, but in the real world it is never going to approach that sensitivity because these things vary,” Eric Schneider said. The tests results cannot be trusted.

And just as testing accuracy causes headaches for doctors working to help patients in hospitals, it can cause people to make the wrong decisions when it comes to lifting restrictions aimed at slowing the spread of Covid-19.

Deciding who goes back to work

“This is the challenge with trying to use testing for creating a safe bubble or reopening a workplace,” Eric Schneider said. “You can’t just rely on tests alone.”

Tests should be given repeatedly and, under perfect circumstances, it would be possible to double check every negative test with a second one, Eric Schneider said.

Yet states are reporting testing data daily in the belief that these numbers are accurately tracking the pandemic. Osterholm and Schneider do not think they are.

“It is extremely difficult to have a good sense of the prevalence,” Eric Schneider said. “We know it is probably higher in some cities, the ones that have had more deaths. We don’t know much about some of the states where there has been less testing.”

Osterholm says the accuracy of the tests now being given is far lower than their advertised sensitivity and specificity of 85% to 99%.

That’s because of a statistical problem. The higher the sensitivity, the fewer false negatives the test will give. The higher the specificity, the few false positives. Across populations, tests give more accurate results if the disease being tested for is common in the population. If an infection has only affected a small percentage of people being tested, even a very small margin of error in a test will be magnified.

If just 5% of the population being tested has the virus, a test with more than 90% accuracy will still miss half the cases, Osterholm said.

A team at Imperial College London said their modeling suggests that so far, only 4% of Americans have had coronavirus. That would suggest that much of the testing being done now is inaccurate.

Unreliable tests will give both false positives and false negatives, meaning someone is told they are not infected when in fact they are. It’s the false negatives that worry doctors, because they may give people a false sense of security.

“That person is already infecting other people without your knowing it,” Eric Schneider said.

The Centers for Disease Control and Prevention (CDC) published new estimates last week that indicate 35% of people who are infected with the virus show no symptoms — but are as likely to spread it to others as people who do have symptoms.

“What good is the data if no one can trust it?” Osterholm asked.